Sniper competitions being held at Ft. Chaffee this week

70 competitors from around the country are in the River Valley this week for the annual championships. 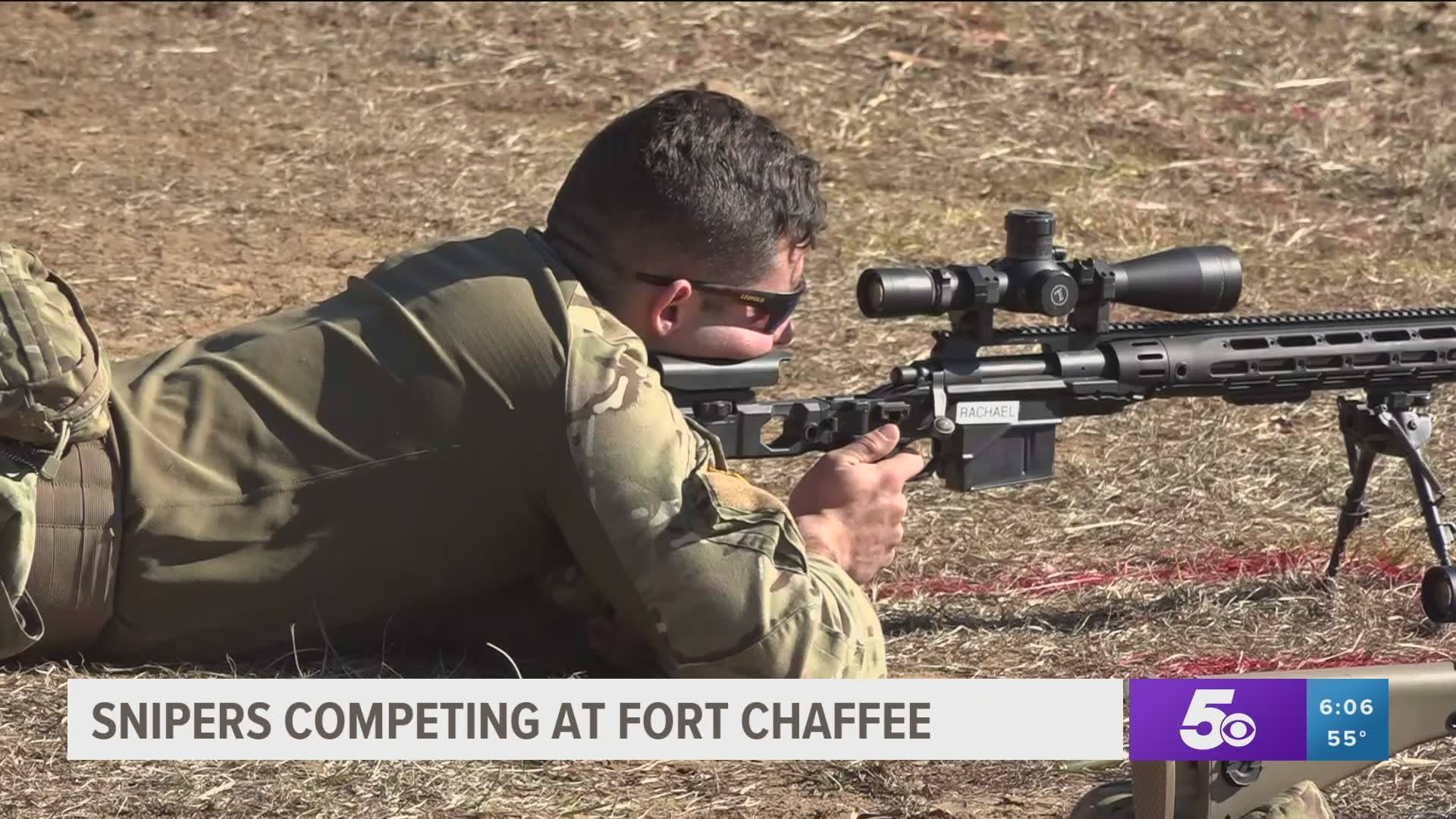 FORT SMITH, Ark. — The 50th Annual Winston P. Wilson Sniper Championship and the 30th Annual Armed Forces Skill and Arms Meeting are going on a Fort Chaffee this week. The first championship is National Guard teams and the second are members of the Marines and the Navy.

There are 70 competitors in total, including Soldiers, Airmen, and Marines who traveled here from across the country. Over the course of seven days, they compete in 28 matches.

Major Joe Warren is the Chief of Operations at the National Guard Marksmanship Training Center. He says they like to think of this competition is similar to training. He says these sniper teams have the opportunity to come to Fort Chaffee to compete against one another.

“They’ll do a road march into immediately shooting their weapons system. They’ll do physical training, immediately to shooting at 800-meter targets. Everything they do are things that snipers have historically done and continue to do,” he said.

Major Warren says this is important not just for training and competition but also for the service members to share experiences.

“A lot of times, these guys get in the back of these LMTV and trucks and have a chance to share stories, learn, and grow together. That’s probably one of the benefits of this competition aside from the training they get the chance to talk to both people from the National Guard or in the active component,” he said.

Corporal Joseph Stainback and Staff Sergeant Anthony McAlister are a sniper team from the Tennessee National Guard. This was the first time they participated in the competition. They both say it was great to talk with fellow service members and, of course, shoot targets.

“So far, it’s definitely been a humbling experience, trying, it’s definitely going to be a good tool to take back. All the matches here are going to help us to improve as a section and to train and be a lethal part of the military,” McAlister said.

These annual competitions will continue Wednesday (Dec. 8) and Thursday (Dec. 9). They say the matches change from year to year since many service members get the chance to come back to compete.