Though Terry Minyard's family lost nearly everything because of a lightning strike, the flag draped over his uncle's casket was recovered with minimal damage 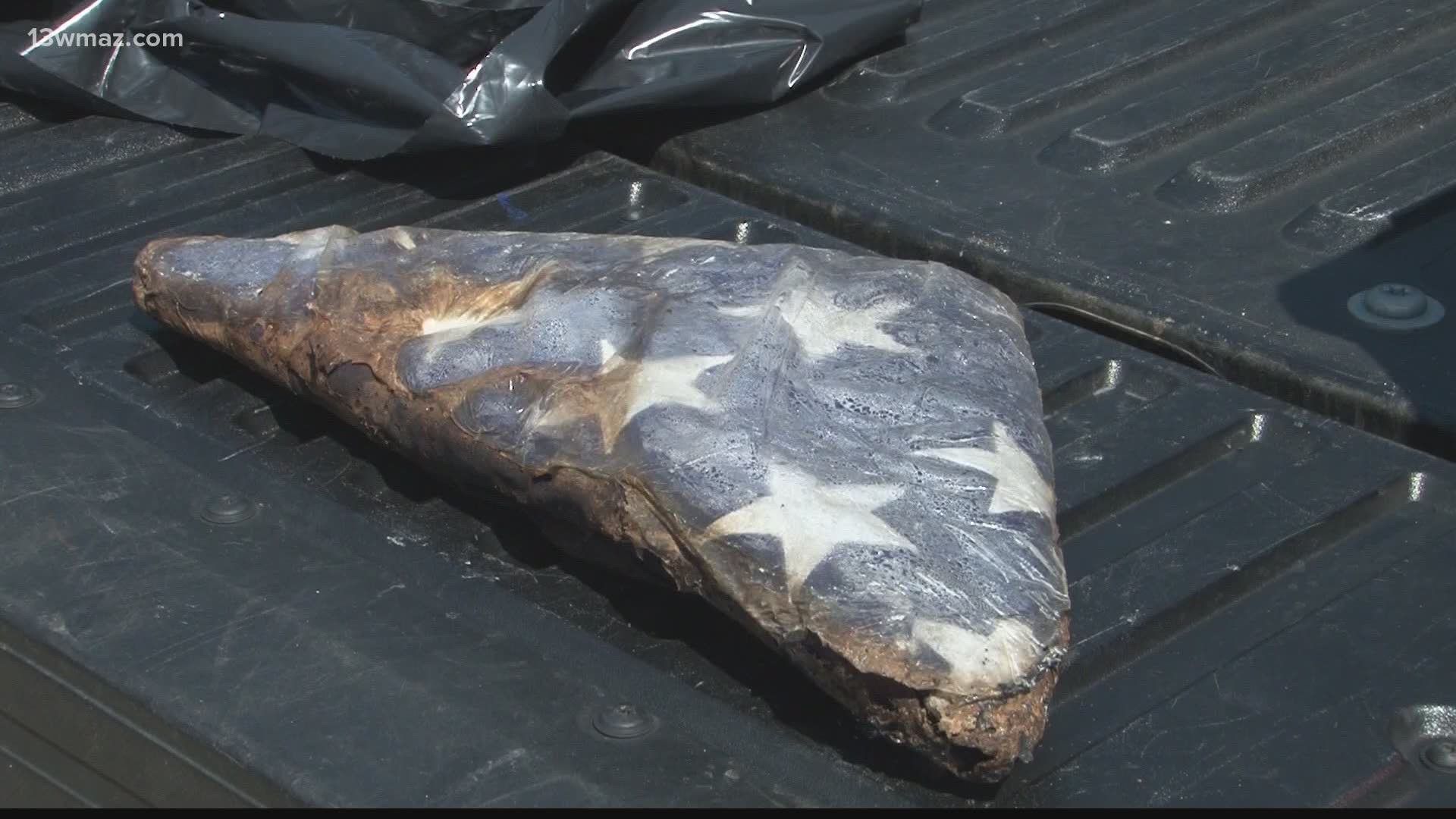 HOUSTON COUNTY, Ga. — One Central Georgia family is thankful this Fourth of July weekend. They survived a traumatic event and somehow a piece of their history is still around to be passed down to future generations.

Last week, a lightning strike hit the Minyard house. It's pretty much a complete loss.

The Minyards are a military family and though they lost nearly everything, what survived is pretty amazing.

Terry Minyard will never forget when he drove up to see his house in ruins.

"I just leaned over my truck and just cried because I knew there were things in here I'd never see again," he said solemnly.

The special things like family photos, recipes and other treasured items are gone.

Some old guns sat right next to a trunk in the bonus room, and what was in that trunk still gets Terry emotional.

"I saw the bottom half of it and it had kind of collapsed on top of it and the flag ...and the flag...the flag was right there. It was wrapped in a plastic bag and the plastic wasn't even melted," he said with tears in his eyes.

The flag sustained slight damaged, but the plastic seemed to take the brunt of the flames.

Besides his astonishment, Terry was also grateful because the flag hasn't been unfurled since 1976.

"That was draped across the casket of my uncle," he said.

His uncle served in an artillery unit during the Vietnam War.

Terry, who is also a veteran, feels that the piece of cloth represents freedom and respect for the country.

"Although it was the sentimental value of draping the basket of PFC Harmon Ulysses Goss, it's much bigger than that and I guess that's what means so much to me," Terry said.

The flag will stay in the family, passed down to future generations with the incredible story on how the red, white and blue miraculously survived one fateful night.

Terry says he will consult the VA on how to properly unfurl and clean the flag.

Cranking up the heat for the 4th of July weekend!

STAY ALERT | Download our FREE app now to receive breaking news and weather alerts. You can find the app on the Apple Store and Google Play.

STAY UPDATED | Click here to subscribe to our Midday Minute newsletter and receive the latest headlines and information in your inbox every day.

Have a news tip? Email news@13wmaz.com, or visit our Facebook page.