The Battle of Rogers Avenue won't be the usual sold out stadium because of COVID-19 restrictions. 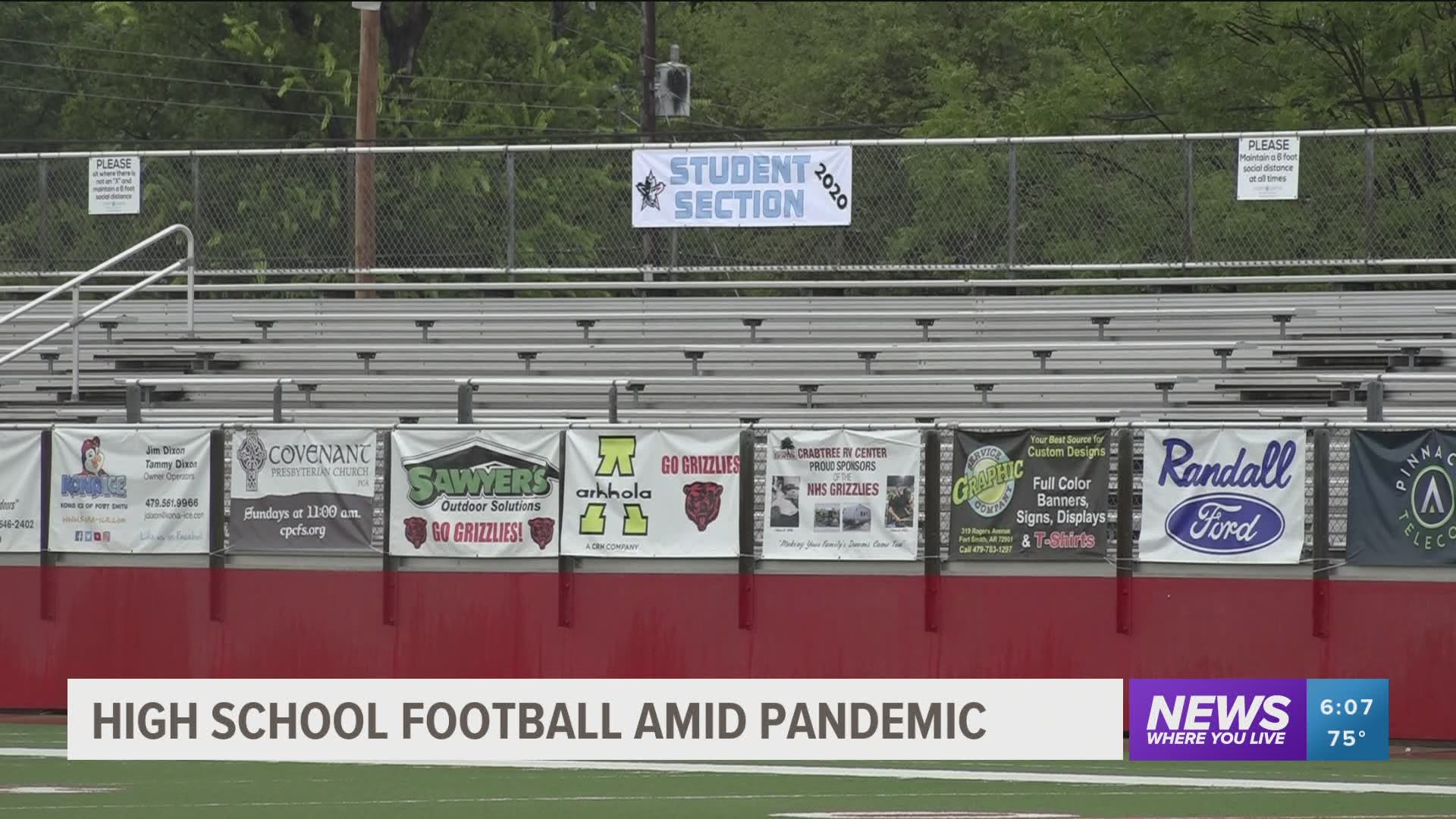 “How exciting it is. The first time for high school football and it’s going to happen right here in the River Valley,” Michael Beaumont said.

The Northside Grizzlies will take on the Southside Mavericks Thursday night at Northside High School. Typically, this would be a sold-out game where 5,000 fans would be cheering in the stadium, but not this year. The director of athletics, Michael Beaumont, says only 18-hundred fans will be able to watch the teams face off from the stands.

“According to the department of health and the Arkansas Activities Association, we have to eliminate every other row and then the leftover rows, we take 66% of that, and that gives us the number of seats we can sell,” he said.

Beaumont says there isn’t enough space for any general admissions tickets. All home and away football parents, both cheer and dance teams and members from each school and a few other students will make up those 1,800 fans who are allowed to be in the stadium. He says 50 band members from each school will be in chairs in the corner of each end zone.

“We’re going to put students socially distanced in the band-stands and that way they can take part in the game too. The cheerleaders can’t be on the sidelines, and neither can the dance teams, so they are going to be in front of the student section, so it’s really going to be great, at least for the students.”

Northside band director, Gordon Manley says all his players are excited to play in front of a crowd once again. There are 282 students in the Northside marching band, but not even half will get to perform at the game.

“Because of the department of health guidelines and the social distancing, we are going to bring 50 kids to this one. We’ve given the seniors first shot at that, so we are looking forward to them coming out and overcoming some challenges,” he said.

If you didn’t make the cut to be in the stands at the Northside stadium, you could watch the game at the Southside stadium on their jumbotron. For just $1 anyone can either social distance in the stands or bring lawn chairs and sit on the field. The game will also be live-streamed on Northside and Southside’s YouTube pages, and it will air on Cox Cable channel 22. The game will kick-off at 7:30 p.m., and gates will open at 6:00 p.m.