Personal use fireworks sales are exploding, since a lot of cities have canceled public displays. 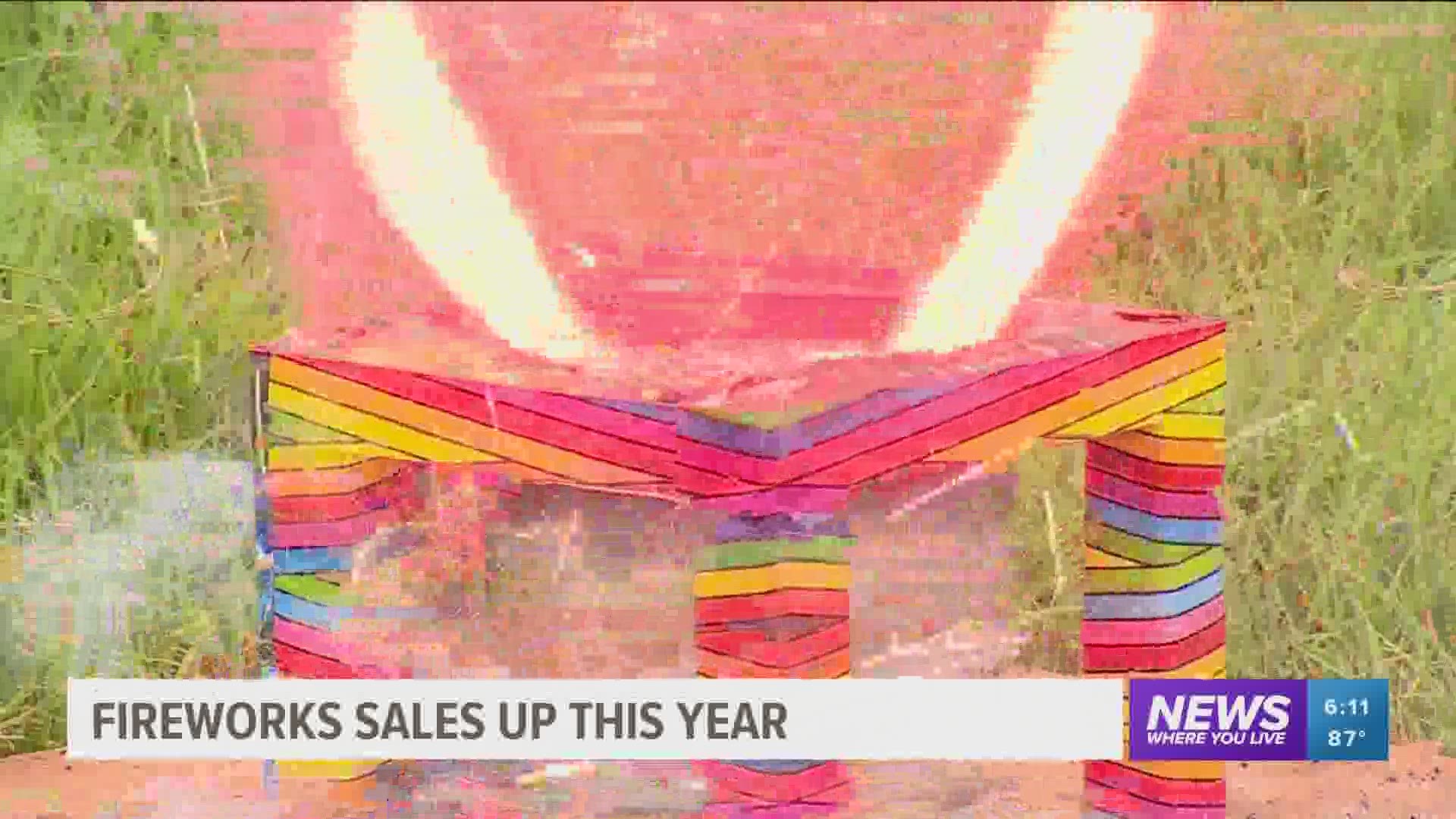 ROGERS, Ark. — Since many cities have decided to cancel public fireworks displays due to the coronavirus pandemic, personal use fireworks sales are exploding.

According to a National Retail Federation survey, only 24% of consumers plan to attend public firework displays this year.

Even before the COVID-19 pandemic shut things down, firework vendors like A to Z Fireworks in Rogers expected to see a surge in sales this year because the holiday falls on a Saturday.

“We’re hitting record numbers, we’re hoping that continues. We got a lot of people shopping early to try to beat the crowds which we encourage," said Robert Carter, owner of A to Z Fireworks.

Fireworks Over America based in Springfield, Missouri is one of the biggest importers and suppliers of fireworks in the country. It says both wholesale and retail sales are at an all-time high.

“We’re all running low or out of product. We’re putting it out as quick as we can, but if we don’t have it, we can’t put it out," said Mike Ingram, President of Fireworks Over America.

Vendors say getting a hold of fireworks from distributors has been tricky.

“We were there last night at 3 a.m. trying to pick stuff off the shelves and their shelves are bare. I’ve never seen them quite so bare," Carter said.

Despite the predicted shortage, those in the consumer industry are hoping the trend continues.

The biggest days for firework sales are usually on July 3rd and 4th.

RELATED: Where to watch July 4th fireworks on TV, online this year