The FBI says the main way children are brought into sex trafficking is through the internet and social media. 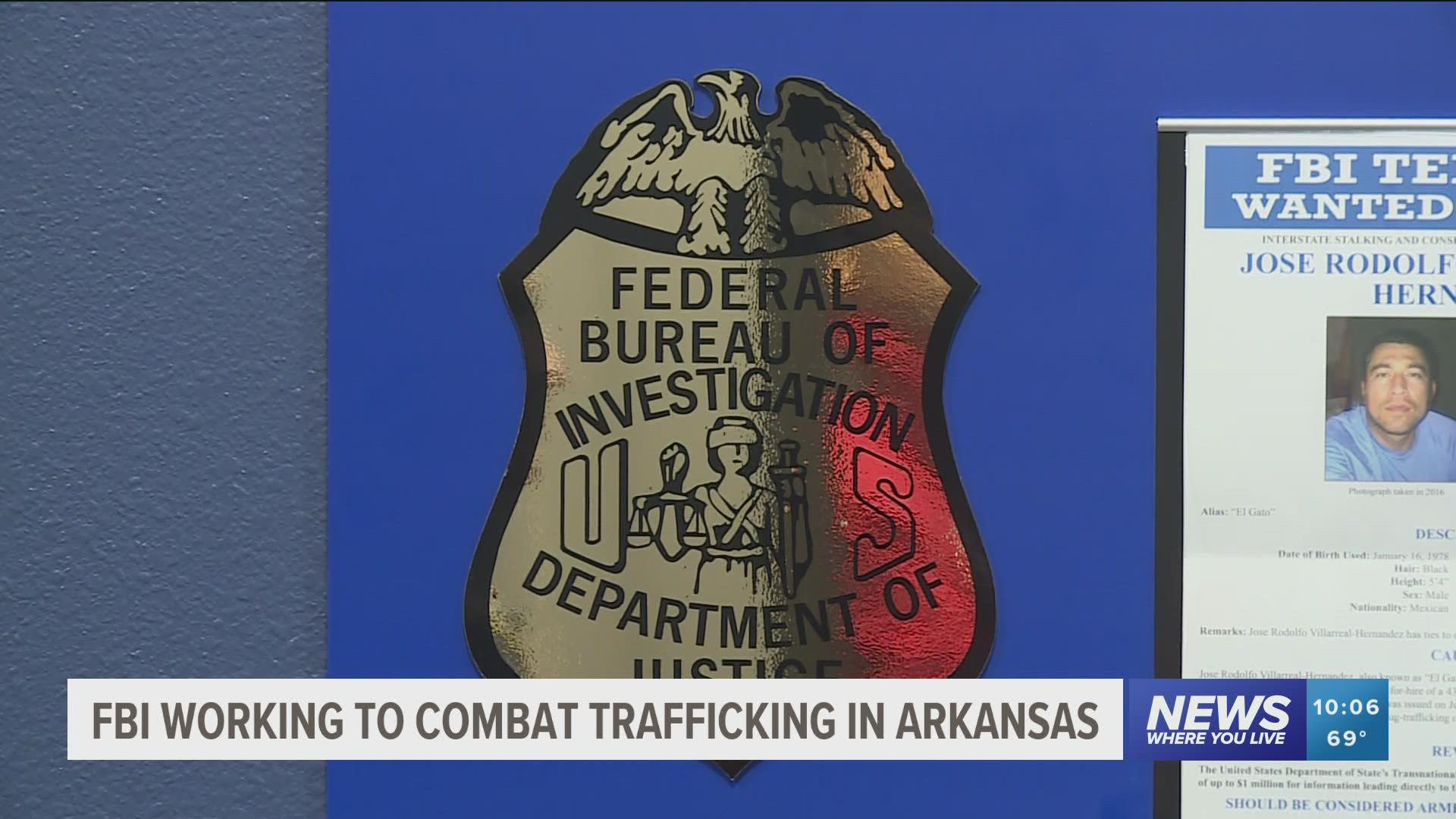 ARKANSAS, USA — It’s something you may not think of as a crime that’s going on in our area, but the FBI says child exploitation is a big problem in the Natural State.

FBI officials say the number of violent crimes against children cases they’ve worked in Arkansas more than tripled from 2019 to 2020. They say we’re on track to surpass last year’s 105 cases in 2021.

“The reality is, it’s happening over social media. A lot of it is happening where kids are being groomed over social media and then recruited directly over different applications and websites that they are on,” said FBI Special Agent Brenan Despain.

Special Agent Despain heads up the River Valley child exploitation task force that started in 2017. He says the bureau has since expanded the task force to Northwest Arkansas, where the crime has shifted. He attributes that to being close to Missouri and Oklahoma and having a mix of well-off and struggling households.

Lindsey Skelton is with the organization A-21, that’s mission is to end slavery including human trafficking. She encourages parents to monitor what kids are doing online especially, all their social media accounts because those are being monitored by predators.

“Being involved in your kids’ life, controlling what apps they are using, knowing who they are talking to, how often they are talking to them," Skelton said. "Watching out for a relationship that may seem a little too close or inappropriate for knowing them just on social media, never have met them."

The FBI says the more aggressive they are and the more the public knows about trafficking, their hope is the crime will go down. If you suspect someone is being trafficked, the FBI asks that you call 1-800-CALLFBI.

A-21 is hosting a Walk for Freedom to raise awareness about the crime this Saturday, Oct. 16 in Fayetteville.