Meghan Churchill took marijuana that was scheduled for destruction after she entered the department’s off-site storage facility on March 20. 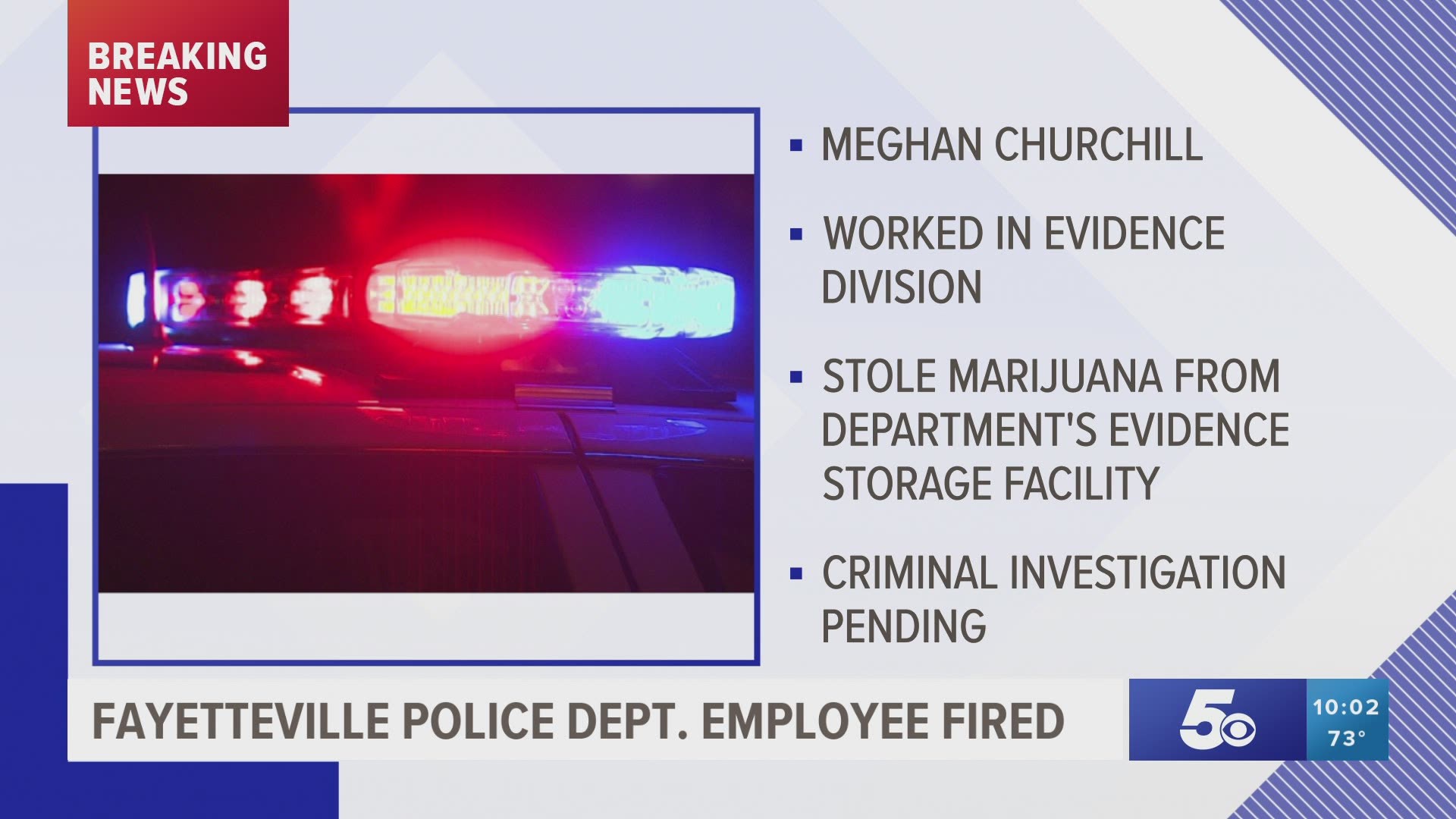 FAYETTEVILLE, Ark — An employee with the Fayetteville Police Department's Evidence Division has been fired after stealing marijuana from evidence.

Fayetteville Chief of Police Mike Reynolds announced the results of a completed internal investigation that led to the termination of a police department employee.

Chief Reynolds immediately initiated internal and criminal investigations, along with an inventory of the department’s items in evidence.

Churchill was placed on administrative leave on April 7 and she was terminated the following day for violation of several police department and City of Fayetteville policies.

The internal investigation revealed Churchill took marijuana that was scheduled for destruction after she entered the department’s off-site storage facility on March 20.

The items scheduled for destruction were destroyed prior to the initiation of the internal investigation, so investigators were unable to determine the exact amount of marijuana that was stolen.

The complete inventory of the department’s evidence storage facilities showed there were no other items of evidence that were tampered with or stolen.

On May 14 Chief Reynolds contacted the 4th Judicial District Prosecutor Matt Durrett and the City of Fayetteville Prosecutor Brian Thomas and informed them about the results of the completed internal investigation.

The criminal investigation was discussed and is still pending. Once the investigation is completed, it will be forwarded to the prosecutors’ offices for review.