Yancey, a six-year military veteran and former U of A student himself decided this year to officially offer his business as a safe place to anyone. 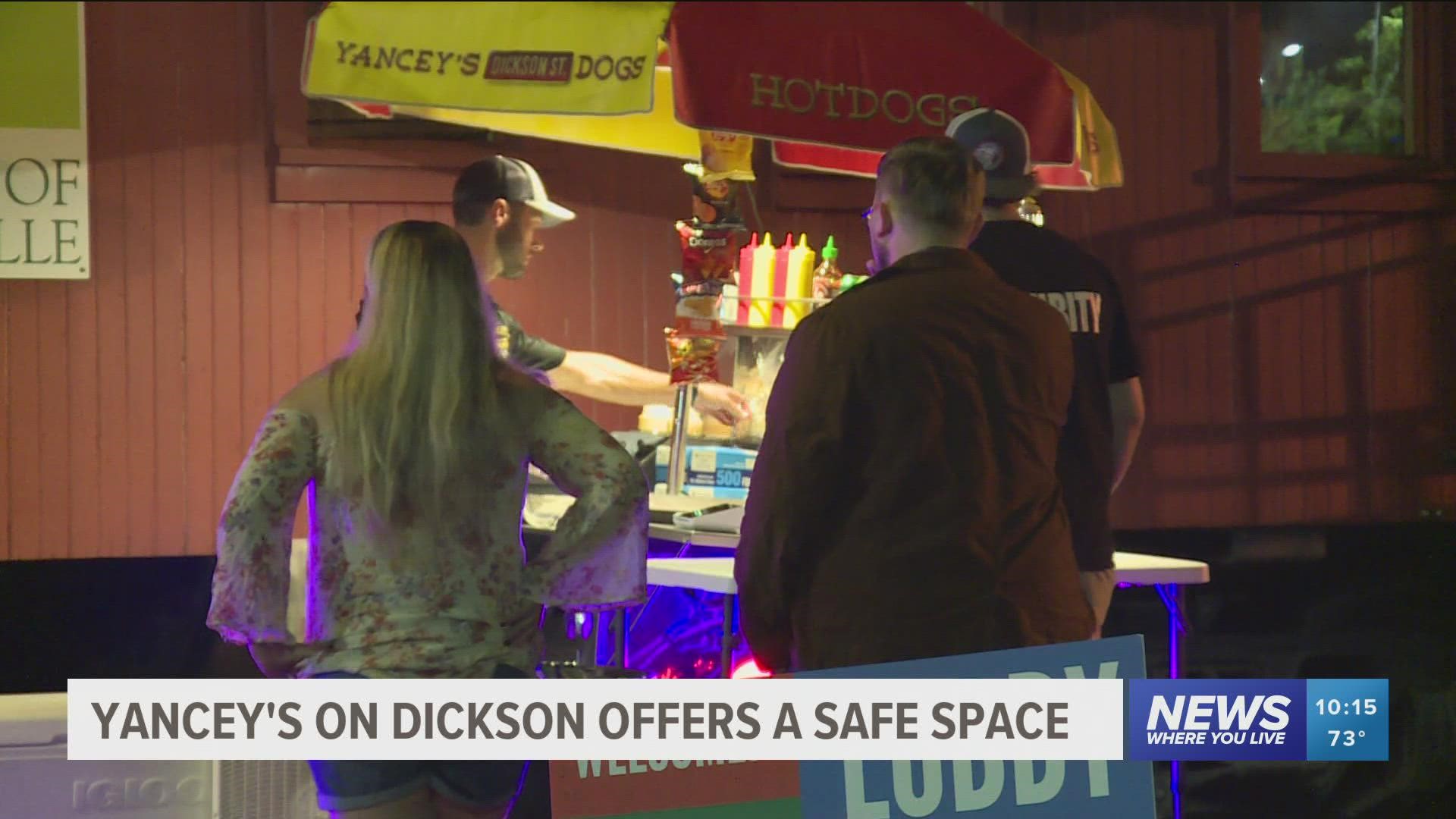 FAYETTEVILLE, Ark. — As University of Arkansas students return to campus, Friday and Saturday nights on Dickson Street are becoming more crowded. Although it can be lots of fun, for some after the bars close or when left alone, it can be dangerous.

“It’s terrifying being able to go onto Dickson, scared like, what if I don’t make it home safe,” said Bailey Hill, a recent U of A graduate. She graduated from the university in May. She said she has spent plenty of time along Dickson Street.

“It’s really hard going out on Dickson St. as a young college woman and always feeling safe,” Hill stated. “But something that has always been accurate about Yancy’s is that we’ve always felt safe,” she continued.

Yancey’s Dickson Street Dogs on the corner of Dickson and West has spent the past 13-years serving hotdogs, but also much more. “I offer my location as a safe place to people,” said Cody Yancey, owner of Yancey’s Dickson Street Dogs. He continued saying, “One of the things that I see is occasionally some people in unsafe situations. So, I’m kind of in a unique position to offer help to those people,” Yancey continued.

Yancey, a six-year military veteran and former U of A student himself decided this year to officially offer his business as a safe place to anyone. “I think he’s not just enough to try to help people but also let them know ahead of time that they can come seek me out.”

Yancey is offering the safe place on some of Dickson’s busiest days Thursday through Saturday from 9 p.m. until 3 a.m. or later.

“It’s about helping people that I think really need somebody to help them,” Yancey said.

Whether you're a customer or not, you can head to Yancey's Dickson Street Dogs for a safe location, a bottle of water, and pleasant conversation.

“For him to build this relationship with college students and other Dickson goers it’s really great and I think it’s nice to know that there’s someone like that in our community.”

Yancey is serving hotdogs and a safe space as he served our country for six years in the military. “It’s a way for me to start my community in a positive way, set a positive example for a lot of young students that are here, and hopefully help people if they need it.”

Yancey also tells 5NEWS that after he made his post about officially offering his business as a safe space, many have reached out to him, such as an anti-sex trafficking organization, helping him spot potential victims.

The City of Fayetteville has reached out. Looking for ways to help and offer their resources