A campaign sign in Fayetteville was vandalized overnight with the words ‘Queer Don’t Vote”. 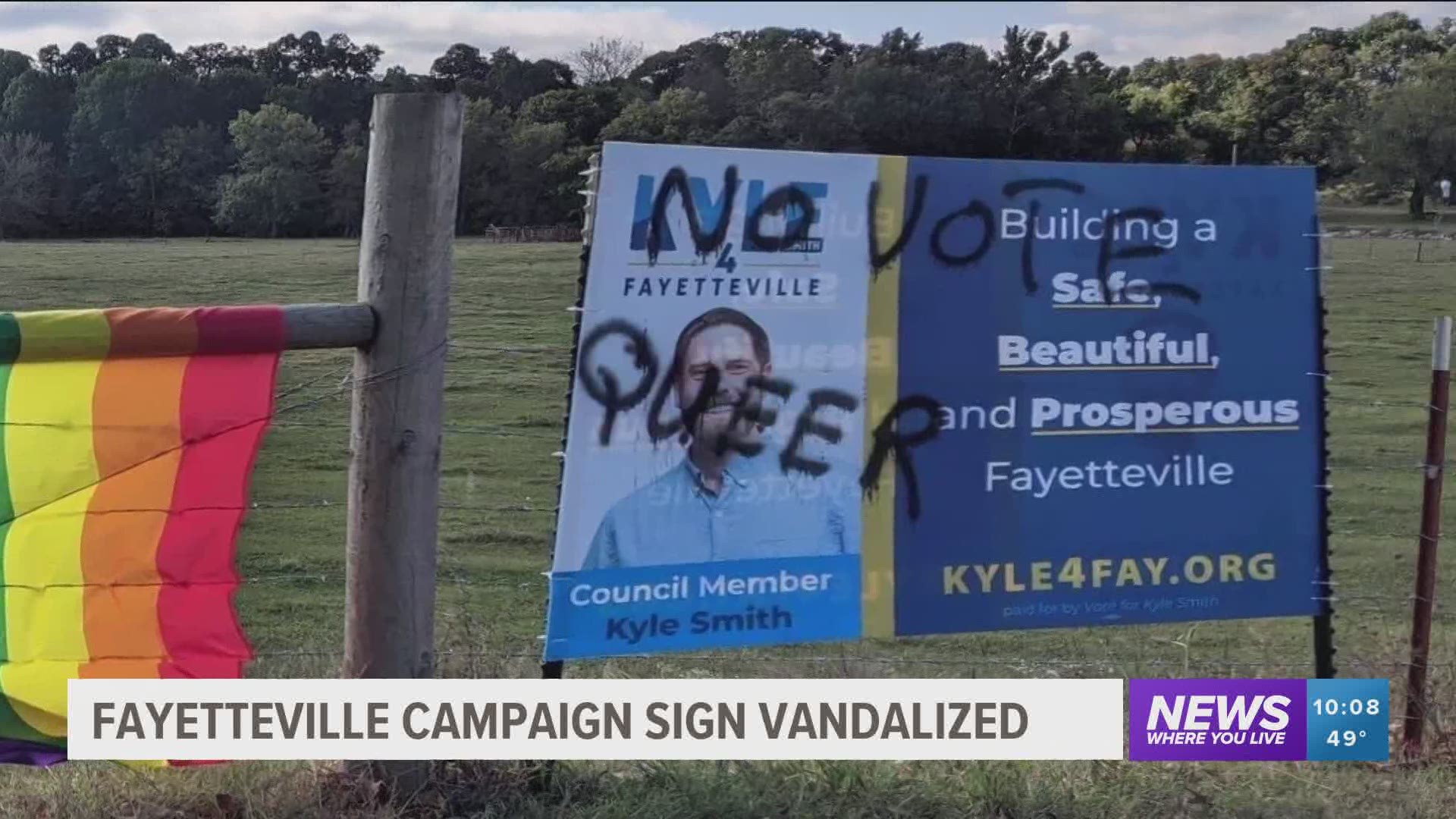 FAYETTEVILLE, Ark. — A campaign sign in Fayetteville was vandalized overnight with the words ‘Queer Don’t Vote”.

The sign for city council member Kyle Smith’s re-election campaign was spray-painted with the words 10 hours after Smith and his team put it up. The sign was placed at the intersection of Rupple Road and Mount Comfort Road.

“You know it’s never a good feeling to have those words sprayed across your face,” Smith said.

Smith has served on the Fayetteville council representing Ward 4 for six years. Smith said he is disappointed but doesn’t believe the act represents Fayetteville as a whole.

“People are just a little less patient with each other,” Smith said. “Maybe it’s the pandemic, maybe it’s politics, but we could all listen a little more than we shout sometimes.”

Dawn Dundas is on the board with PFLAG NWA. Dundas said these actions are taking away from progress made for the LGBTQ+ community, especially for the younger generation.

Some community members went to the intersection on Sunday (Oct. 4) to show their support for Smith and to counter-protest the vandalism on the sign.

Smith said he is grateful the community had his back.

“I hope that we will see our community move past this after the election and come together as one united community,” Smith said.

The Fayetteville Police Department is investigating the vandalism.

Smith’s opponent Holly Hertzberg shared a statement about the incident to her Facebook page:

“This blatant public display of hate is deplorable and has no place in our community. To whoever did this, I don’t want your support, and I don’t want your vote. All people deserve to be treated with dignity and respect regardless of sexual orientation, race, religion, or creed.”

RELATED: Property owner paints 'Trump' on hillside of I-49 in Fayetteville