Multiple accidents on I-40 brings traffic to a crawl in the River Valley, two deaths reported 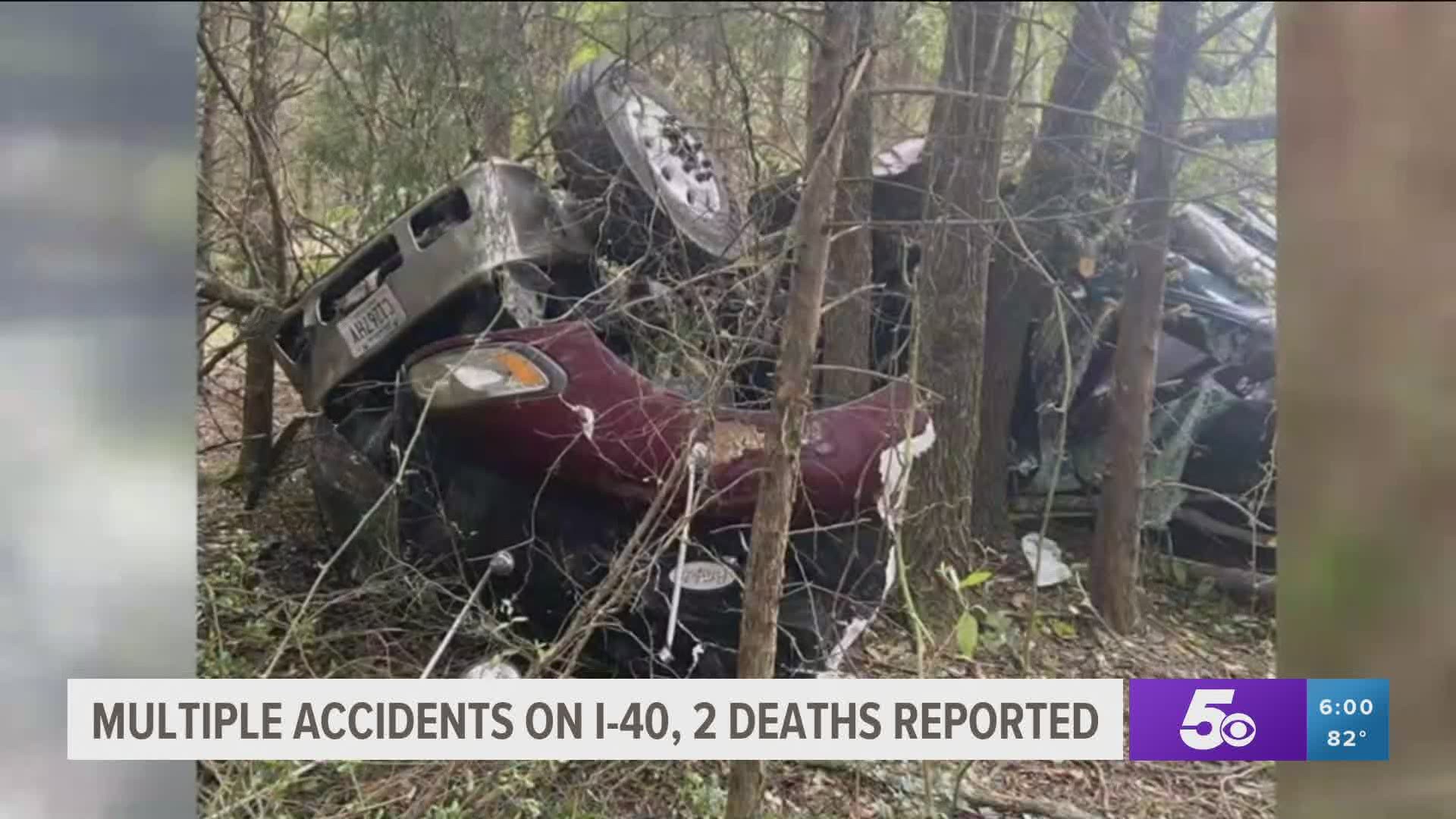 CLARKSVILLE, Ark. — Drivers were at a standstill along parts of I-40 east of Clarksville Wednesday (Sept. 16) morning due to several cars crashing in the area. According to Bill Sadler with Arkansas State Police, two people died from the wrecks.

Emergency management crews told 5NEWS several accidents starting at 2 a.m. in the east and westbound lanes of I-40 near Knoxville either shut down drivers or slowed them.

Sadler said that there were two collisions, one involving two vehicles and another involving five and that a semi fire was caused by one of them.

Police in the area spent the entire morning re-routing traffic onto Highway 64.

No information has been released about the victims in the crashes.

Check back with 5NEWS as we learn more about the accidents.