An incident in a junior high locker room led to students and parents protesting near Farmington schools Friday. 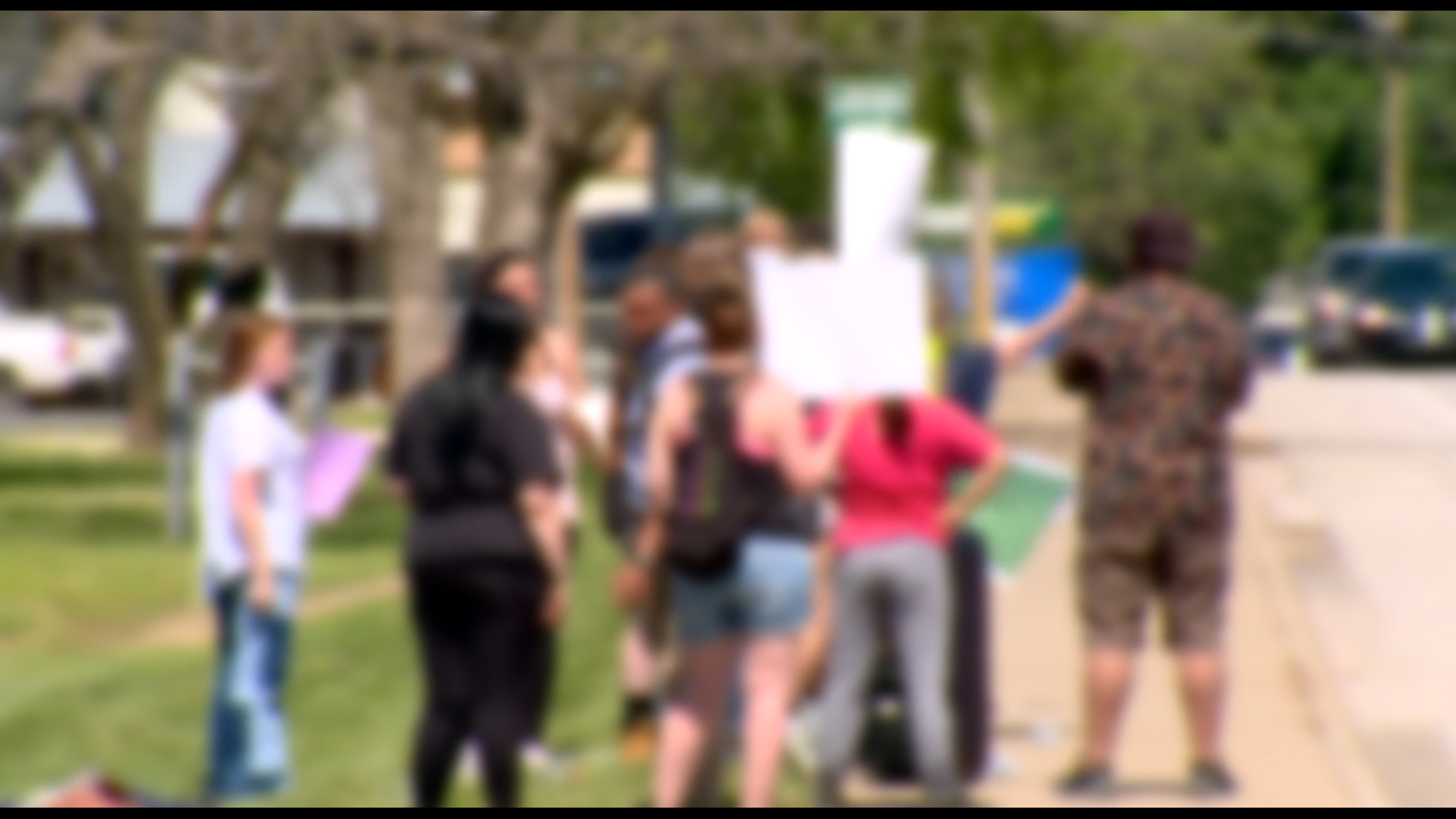 FARMINGTON, Ark. — Farmington Schools were let out early Friday (April 30) due to a protest near the campus.

Parents of students from the school have told 5NEWS the protest is over a fight and racial incident that happened in a Farmington School's locker room on April 27.

The alert sent out to parents Friday said:

Protesters say a 13-year-old biracial boy was assaulted by white students and was called racial slurs. Parents say that boy is now left with bruised ribs from the incident.

Tuesday evening, around the time of football practice, Meghan Young says her son's 13-year-old friend was bullied by white students at the junior high.

“One of the boys commented to him and said, ‘You need to go back to the cotton fields where you belong,’” Meghan Young, mother of two Farmington students, told 5NEWS.

Young says that’s not all that happened.

“He was assaulted and when he started to cry and said he couldn’t breathe... some of the other boys had called him George Floyd and the N-word,” said.

Students say they want to see more action from school leaders. Student Ebony Castro said, “It’s just scary to know that we are targets even at school.

The protest was organized to draw attention to the situation.

“Hear what we got to say and don’t avoid it,” student Giselle Gonzalez said.

Farmington Schools released a statement Thursday that alluded to the incident that happened on campus that read in part, "Farmington School District is not immune to the social issues currently affecting our nation. We will always strive to be part of the solution. Anytime improper conduct is reported, or we learn of it, the district takes immediate steps consistent with our policies to thoroughly investigate the incident and address it through disciplinary procedures and extended services."

“They received four days of expulsion from the school,” said Young.

Parent Stephanie Morales says parents need to have conversations with their kids on being loving and caring to everyone.

“It starts at home. And it’s a guide that we should have our follow no matter who or what we look like,” she said.

5NEWS did reach out to the Farmington Police Department, they said they are currently investigating the case but cannot comment on the investigation because it involves children.

RELATED: Foundation to surprise teachers with $74,000 in grants April 30