The family of 42-year-old David Cains is suing the Arkansas Department of Health for his wrongful death in June 2020 while in Booneville Human Development Center. 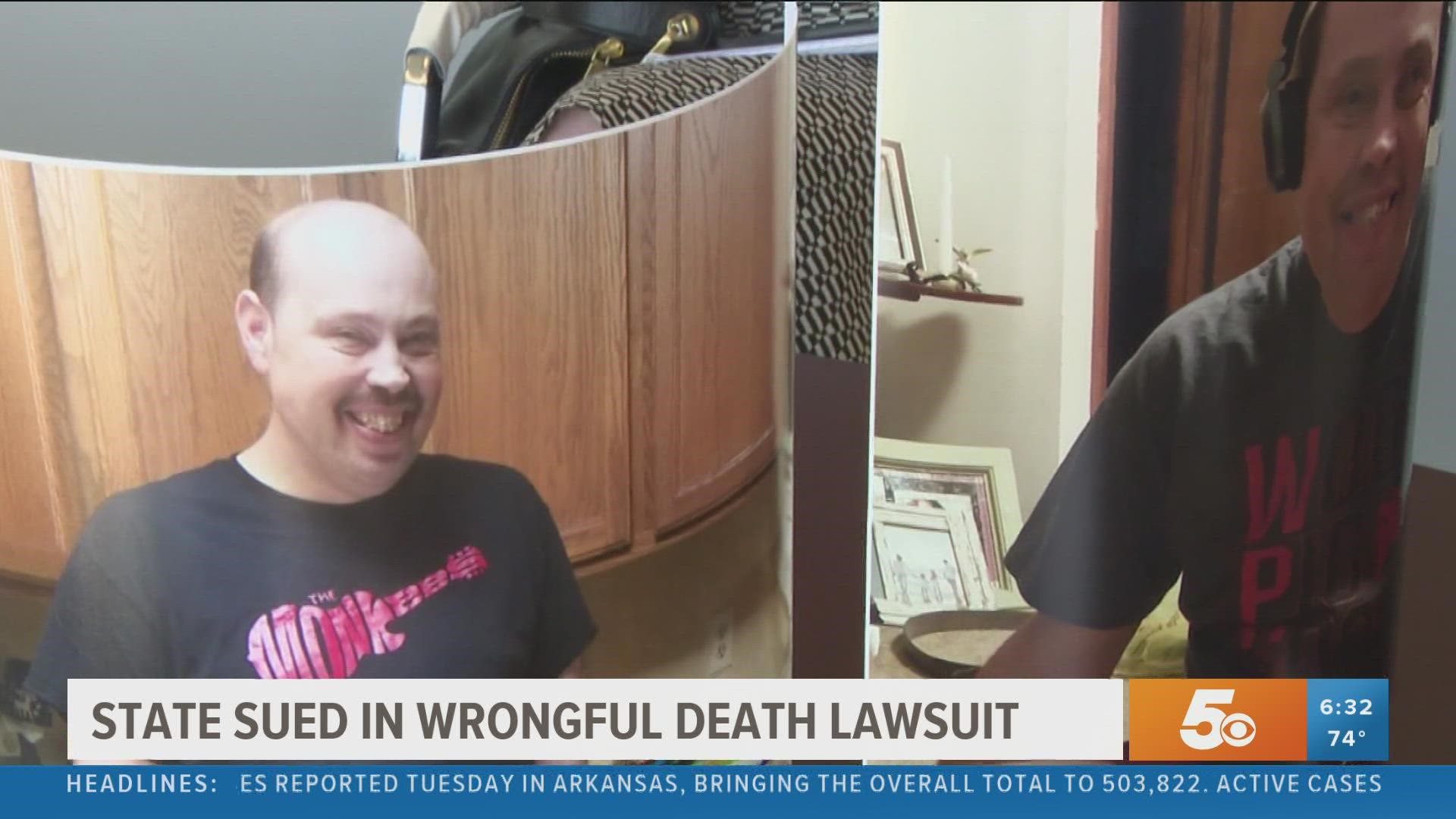 BOONEVILLE, Ark. — A $7 million wrongful death lawsuit has been filed against the Arkansas Department of Health (ADH) and Booneville Human Development Center (BHDC) by the family of David Cains, who claims he was choked to death at the center.

"We're here because I personally spent the past 16 months trying to get answers," said Cains' sister Christine McAuliffe.

McAuliffe is working with attorney Josh Gillispie to get answers on how her brother died while outside of her family’s custody.

"He was 42 when he died," Gillispie said. “He suffered from severe intellectual disability. He resided at the Booneville Human Development Center for a little over 13 years."

According to an incident report and final investigation by the state, Cains had a “behavior incident” while at lunch at 11:30 a.m. and hit employees at the center. This allegedly caused them to restrain him. According to the report, Cains then began to vomit and later choked until he stopped breathing. McAuliffe believes the BHDC’s restraint led to her brother’s death.

“My brother didn’t deserve this,” McAuliffe said. “Nobody, no disabled person deserves to die at the hands that were paid to take care of them."

However, in June 2020, staff at BHDC told a different story. They said that while eating lunch, food got stuck in Cains’s throat and employees tried to get the food out but were unsuccessful. They say David later collapsed and became unresponsive.

The incident report says within one to two minutes, Logan County EMS was called and Cains was transported to the hospital where he died.

McAuliffe is still searching for answers on who is responsible for her brother's death and how it happened, which is why she is suing.

"The fact that it appears that they don’t seem to care that there was a death on the hands of staff members. We were lied to," McAuliffe said.

An investigation by DHS cleared all employees and the facility in Cains's death. But with similar incidents happening in 2015, the family is asking for more to be done.

The employees involved in restraining Cains were placed on administrative leave after the incident, with there is no word if they are still employed at the facility.

Our Little Rock affiliate KTHV reached out for comment from DHS on the lawsuit but has not heard back.

RELATED: Fully vaccinated visitors will be allowed across US border starting in November