Jose Flores is still in the hospital fighting for his life, hardly responsive and paralyzed on one side of his body after being hit by a driver who fled the scene. 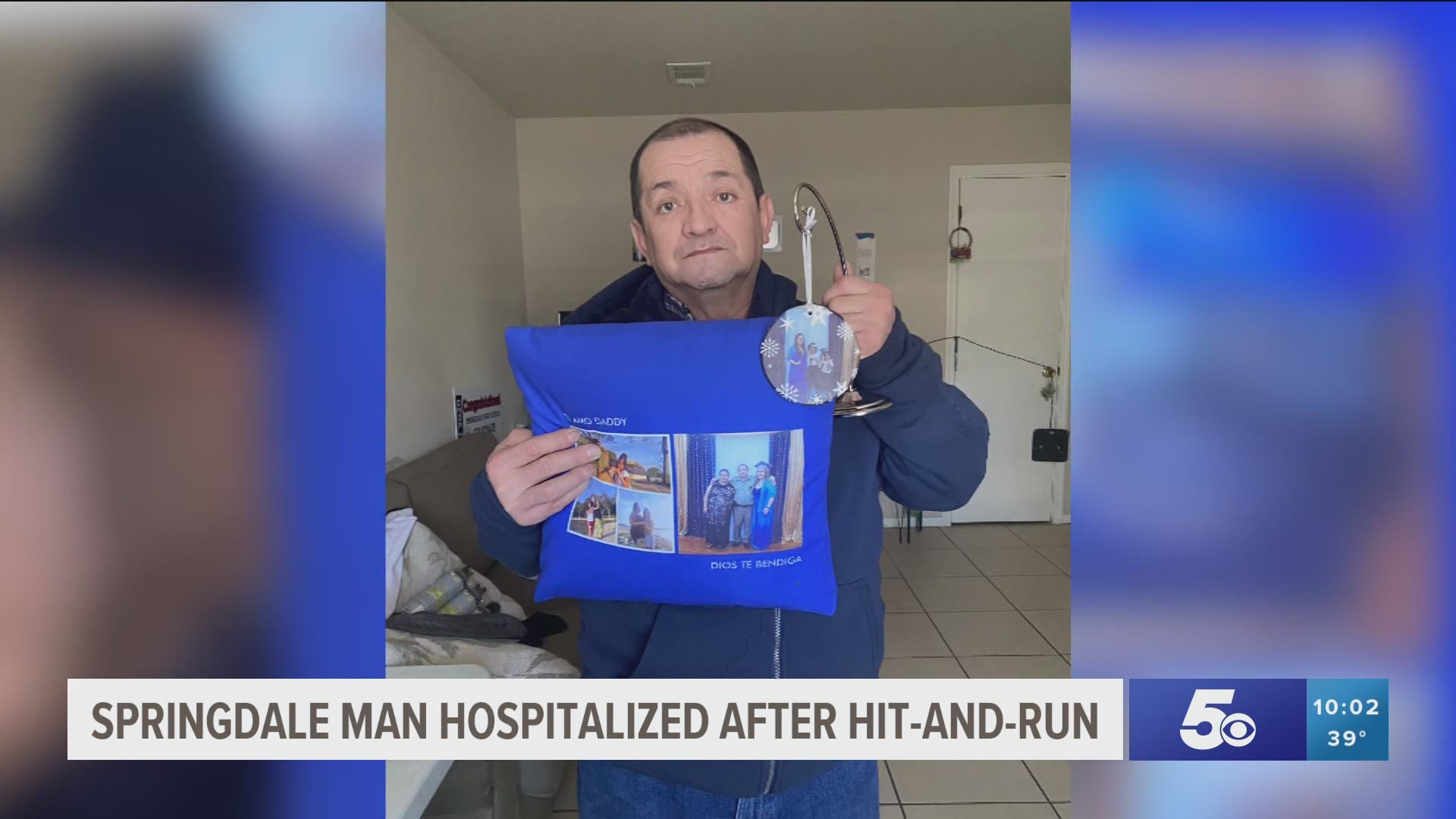 SPRINGDALE, Ark. — A family in Springdale is searching for answers two weeks after their father was hit by a vehicle walking to work. The driver of that vehicle took off.

The family of Jose Flores says he survived but is fighting for his life.

Flores' family says he was crossing Huntsville Street on the morning of Jan. 7 to get to work at the Tyson Foods plant.

Now they are speaking out in hopes that someone was there and knows something that could lead to an arrest.

"He is in there can’t move, doesn’t recognize us. It’s not fair,” said Jose's daughter Carmen Flores.

As Jose, a father, grandfather and husband, crossed the street to go to work, a vehicle barrelled through the intersection and turned his family's world upside down.

“It hasn’t been easy for us,” Carmen said.

According to police, 54-year-old Jose was hit by an unidentified vehicle. Two weeks later he is still in the hospital fighting for his life, hardly responsive and paralyzed on one side of his body.

His family says the worst part is that the driver fled, leaving Jose laying in the road.

“I don’t know how someone could have the heart to leave the scene…to leave someone… even if it was an accident," Carmen said.

Jose's children, Carmen and Jamie, both traveled to Arkansas from their homes out of state and are now looking for work here to support the family and pay for their father's medical bills.

Carmen says her daughters are now left without their grandfather and only father figure.

“It's heartbreaking especially for my daughters because I am a single mother and that is the only father figure that they have," she said. “We always would talk every night at 7:30 p.m."

Now those phone calls and facetimes are with nurses at Northwest Medical Center.

As the Flores family lean on each other for strength, they hope someone out there saw something that could help identify the person responsible.

“If anyone saw anything say something, please don’t stay quiet," Jamie said.

The family says they hope and pray the driver will take responsibility for the action that nearly cost their loved one his life.

“We just want the person responsible to turn themselves in," Carmen said.

The family has created a GoFundMe to help with Jose's medical expenses.