Practice for fall sports in Arkansas can begin, but season schedules are still undecided. 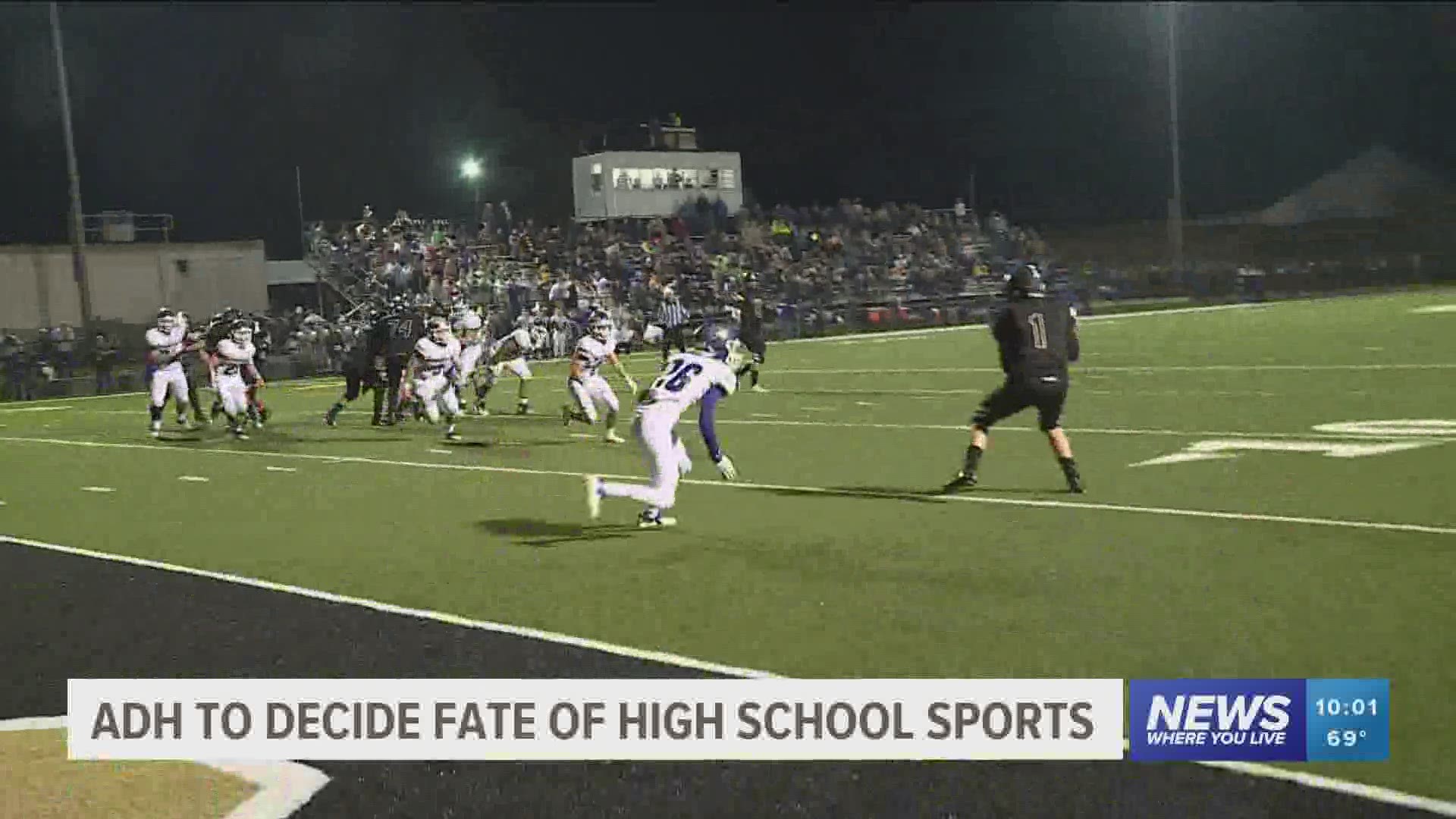 Contact sports include football, volleyball and cheerleading, band and choir.

The Arkansas Activities Association (AAA) has been asked to form a plan for contact sports and present it to the Arkansas Department of Health (ADH). That plan will help the ADH develop guidelines for student-athletes. Lance Taylor with AAA says the goal is to start the high school football season as scheduled and on time.

Currently, many teams have been practicing, but have had limited contact drills.

Several schools in the area have already had to quarantine student-athletes who tested positive for COVID-19 this summer.

The state will allow football players to proceed with no contact team drills with helmets on August 3-7.

“Grab your helmet and be ready for practice, then after practice I want you to grab your mask so that you can protect others that you might be around and this is extremely important as we enter this season because the risk is on the practice but the risk is also as we go about the community,” Gov. Hutchinson said.

Hutchinson will also be establishing a high school sports advisory group to help with best practices to protect athletes and school personnel to have a regular sports season this fall.

“If you don’t have team sports, what are these young people going to be doing?” Hutchinson said.

Hutchinson said if kids in Arkansas do not have sports, then many of them will be traveling to out of state to compete.

Cheerleading will move forward next week as planned but the department of health is working on “tweaking” the band guidelines and will release those soon.

Volleyball players can begin practice next week and will start the season as scheduled.