The FAA is investigating a plane crash resulting in the pilot being airlifted but competition organizers say they followed safety precautions when hosting the event. 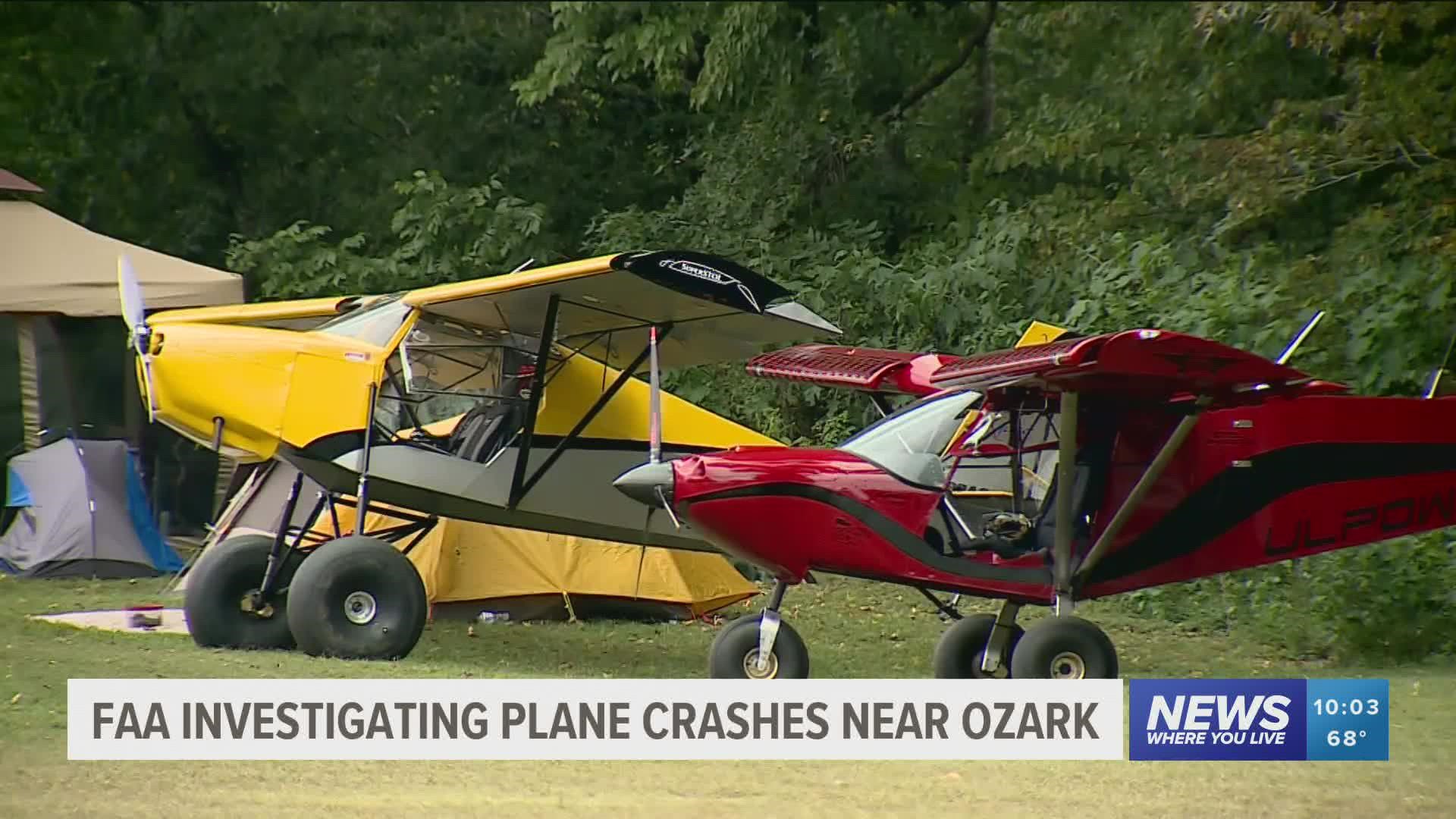 FRANKLIN COUNTY, Ark. — Within the past three weeks, Franklin County Emergency Management says three planes have crashed while taking off at Byrds Adventure Center near Ozark.

The most recent happening on Wednesday, Sept. 29, during the Ozark Backwoods Competition being held at Byrd’s. The FAA is now investigating the cause of the crash.

“There’s always a few. People don’t realize Aviation accidents happen with the day. Most of the time people walk away from them,” said Rusty Coonfield with Akanstol, the group hosting the competition.

However, Wednesday’s plane crash during the competition led to a man being airlifted to a trauma hospital. At least two of the three crashes this month resulted in people being taken off in a medical helicopter.

“The thing we want to make sure and what we spend all year planning for is how to make this a safe as possible,” Coonfield said.

He says he consulted with the FAA months before the event. 5NEWS asked the FAA about this, however, they say they are not able to comment on open investigations.

“All participants, including the operator, are expected to abide by FAA safety regulations, which includes proper certification,” said an FAA representative.

Safety regulations include each pilot being certified to fly.

“They told us after looking at it for several months, they came back to us and said that ‘nope what you’re doing are, is not posing any hazard to those on the ground or to the pilots,’” Coonfield said after checking in with the FAA.

Meanwhile, those who live next door to where the competition is taking place feel differently. They say within the last three weeks, three planes came in hundreds of feet away from their home.

Coonfield says he understands their concerns but assures these residents are safe.

“We’ve got a whole team of aviation professionals that have engineered this course to make sure that things like the energy of the airplanes the course aren’t directed towards any houses,” said Coonfiled.

The FAA says it has aviation safety inspectors at each event, working with the operators to ensure its safety. As the operator of the event, Coonfield says the FAA agreed that the event was fine to take place.

The FAA says it will continue to investigate this plane crash to determine what went wrong.

The Ozark Backwoods Challenge will continue through Sunday, Oct. 3.

Be sure to stay with 5NEWS for updates on this developing story.