“We are losing more police officers to police suicide then we are in actual line of duty deaths,” said Darell Spells, Barling Police Chief. 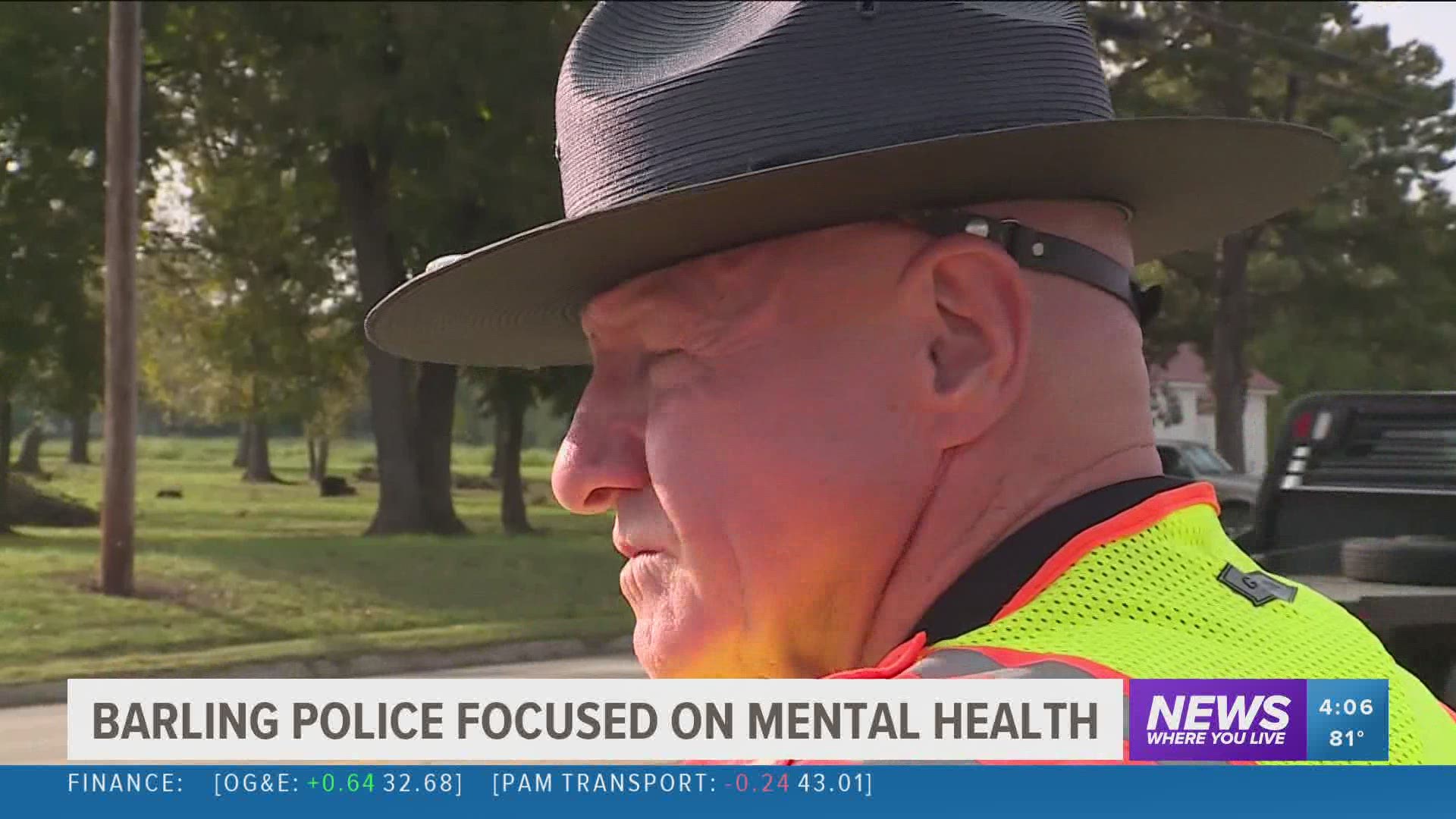 BARLING, Ark. — Local law enforcement along with a non-profit are shedding light on suicide prevention for first responders.

“We are losing more police officers to police suicide then we are in actual line of duty deaths,” said Darell Spells, Barling Police Chief.

Spells said those on the front lines are some of those hit the hardest by mental illness. Because of this, Spells wanted to help those who help everyone else.

“They’re there to protect us we’ve got to protect their mental health and make resources available to them so they can get the help they need,” Spells said.

To help make those resources available, the Barling Police Department is putting on a statewide event to help highlight first responder suicide awareness and prevention.

At this event, first responders will hear from Spells along with David Edwards, founder of The Call for Backup, a non-profit program that supports first responder's mental health.

Edwards said in his three years of training officers, he’s seen how big of an impact a few hours of a class can make.

“When we train officers to have these conversations with one another we’re going to get a lot more benefit out of that upfront,” Edwards said.

Edwards said it’s a timely event considering the hard year first responders have had and they want to do their part to help those who help others, making first responders mentally prepared for anything that comes their way.

“We can build resilience, be better prepared to handle those things and just come out stronger on the other side,” Edwards said.

Every first responder in the state is invited to the event at First Southern Baptist Church in Central City on Oct. 26.

RELATED: Springdale School Resource Officers get a special gift from one student