Elks Face Lots Of Challenges In First Year of 4A Play 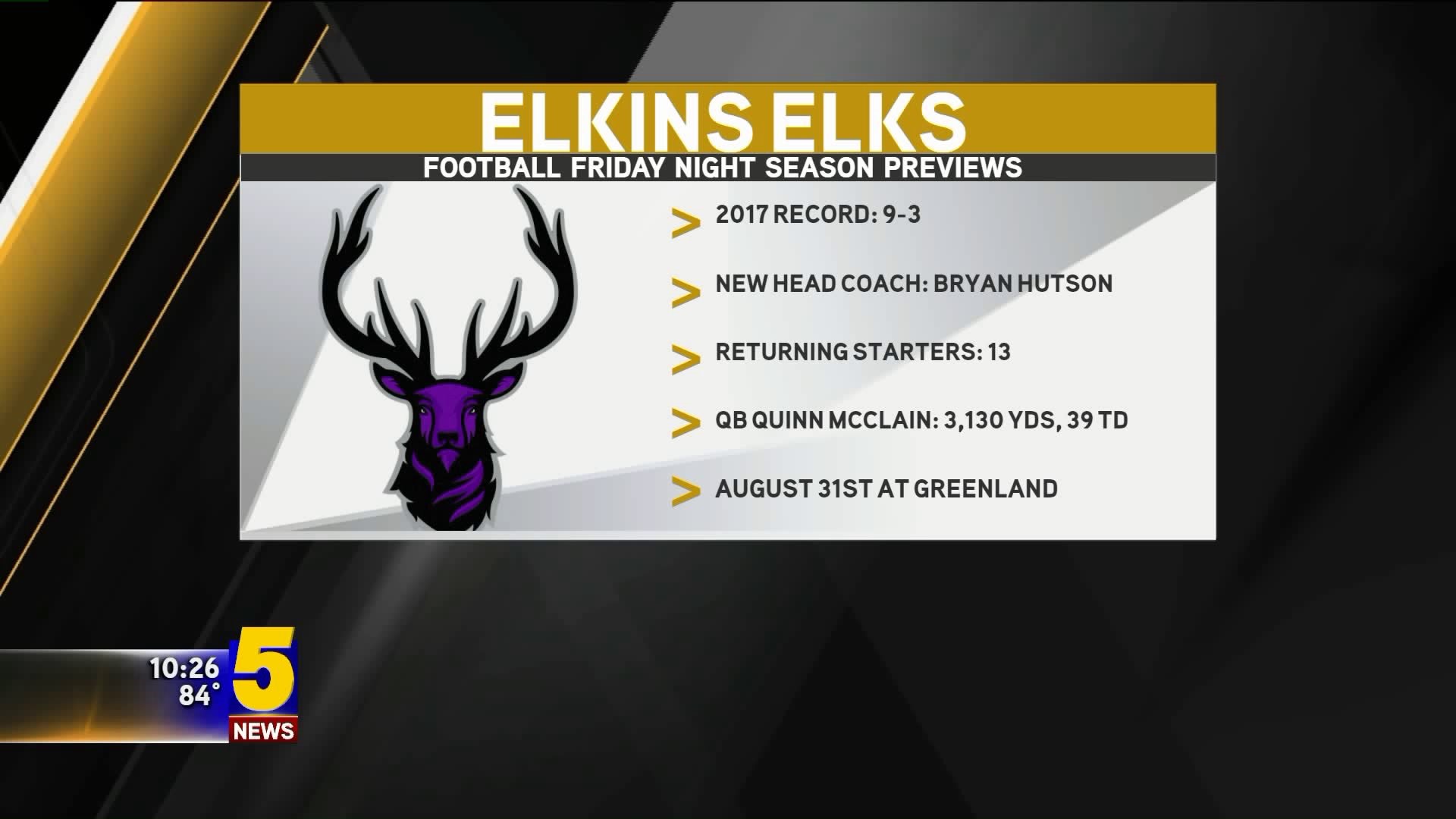 ELKINS (KFSM) - Everything changes, and everything stays the same. At least, that's the hope for the Elkins Elks.

The surface changes are definitely there. When Huntsville comes to town September 14th for the home opener, it will be on a shiny new turf field in a brand new stadium. The team will break in a new weight room in a couple of weeks, and hopes to have new locker rooms soon as well.

"Every time I’ve seen it, more and more gets built, it’s just super exciting," says senior Chad Graham, who also points out that the knew lights are so bright they can be seen for miles.

But the changes go deeper. Chad Harbison left after one year as head coach, and longtime Paris Eagle Bryan Hutson took over the reigns at Elkins this summer.

"He’s a real good coach, he’s doing a great job," according to senior Logan Shoffit, and the rest of the team echoes this sentiment.

But the biggest change is one that provides more of a challenge than a new field or even a new coach. The Elks move up a conference this year, jumping from the 3A-1 to the 4A-4. For a squad coming off back to back nine win seasons, it's a tough task for one key reason.

"Bigger schools, they’re gonna have more numbers than us, I mean we’ve got 30 kids, they’r gonna average about 60-80  per team," points out Shoffit.  "So just the numbers and staying conditioned probably’s gonna be the biggest challenge."

"You just pray you don't get any injuries. We have so many going both kids, someone gets hurt that's two positions we have to fill. Some practice plans have to be adjusted when you have our numbers."

Finding coninuity, therefore, has been key for the Elks, especially on the offensive side of the ball.

"We’re taking it like another season, because most of the stuff we haven’t changed," says Graham. "We've kept a lot the same, added a couple plays that will help us, but that's it."

"You just keep the kids focused, we’ve kept a lot of things the same," adds Hutson.

It's a strategy that makes sense considering what the Elks bring back. While the number of players may be low, the numbers those player put up are anything but. Quinn McClain returns at quarterback for his junior season, after throwing for 2,800 yards and 33 touchdowns in an all-state sophomore campaign. Graham caught 48 passes last year, racking up 853 yards and 16 touchdowns. Senior running back Chance Jones totaled 25 scores a year ago.

"Moving up to 4A, the competition gets better, so just having guys who know the plays and you have that repetition is important," says McClain.

"It's big having a quarterback back like Quinn" says Graham, "because he can actually get the ball out to us."

The Elks also add a new weapon, with former Fayetteville tight end Johnson Bowman moving in. So despite being dwarfed by their new conference numbers-wise, they're confident that their talent can stack up with anyone.

While change may be the only truly consistent thing in life, the Elks will look to add scoring to that list this season. Elkins opens on the road at Greenland, and get their first taste of 4A action September 21st when they travel to Waldron. 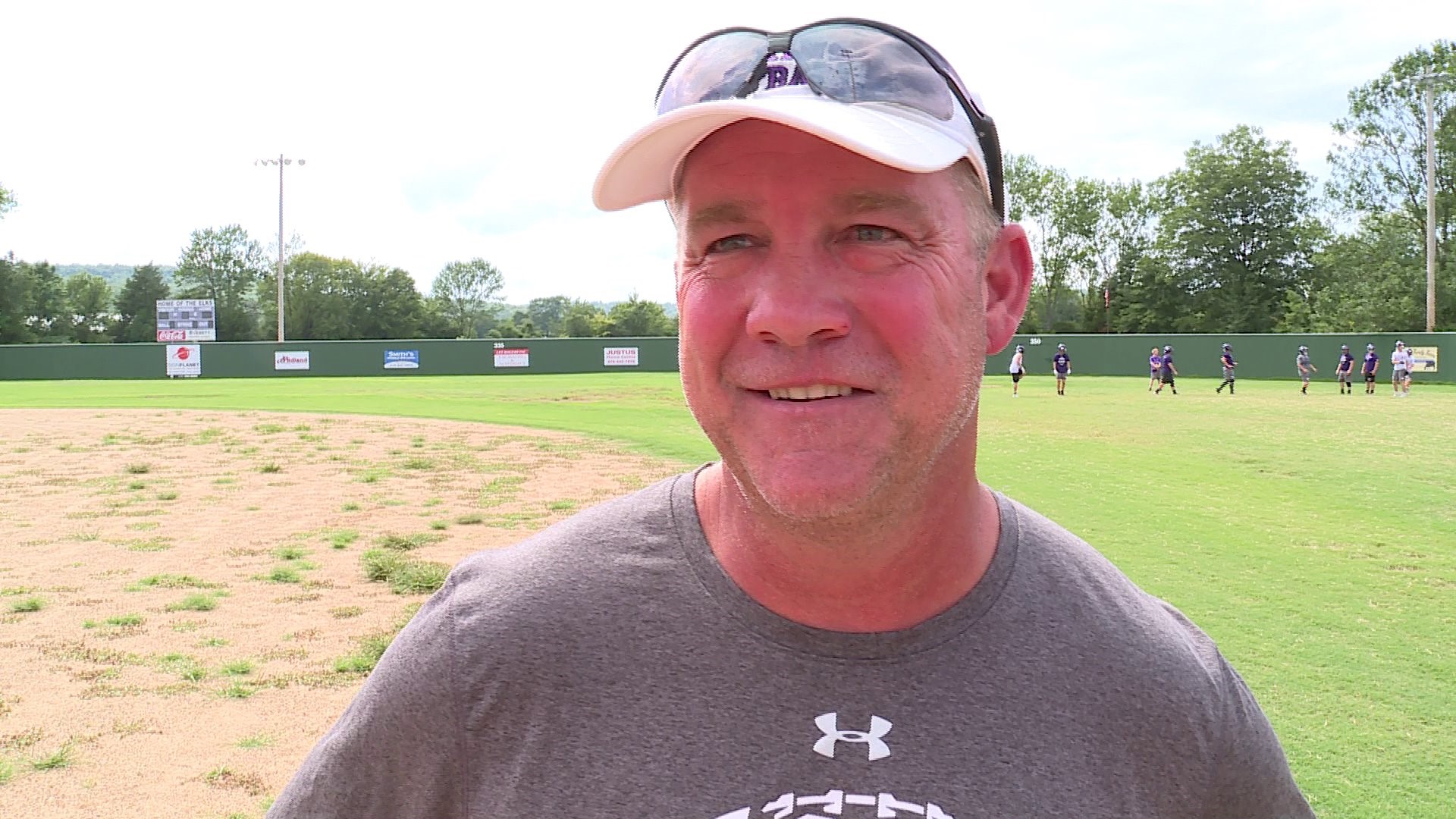 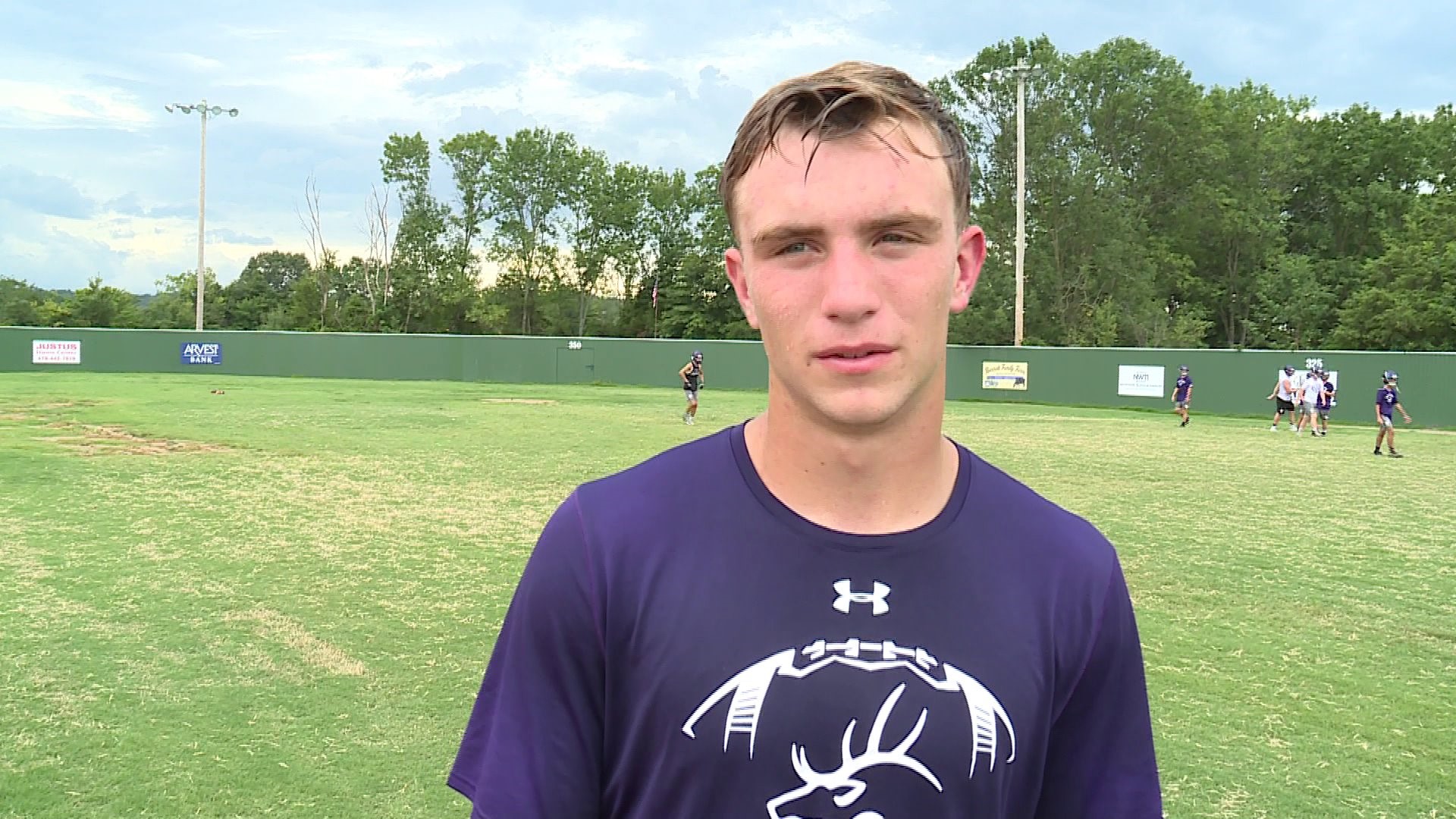 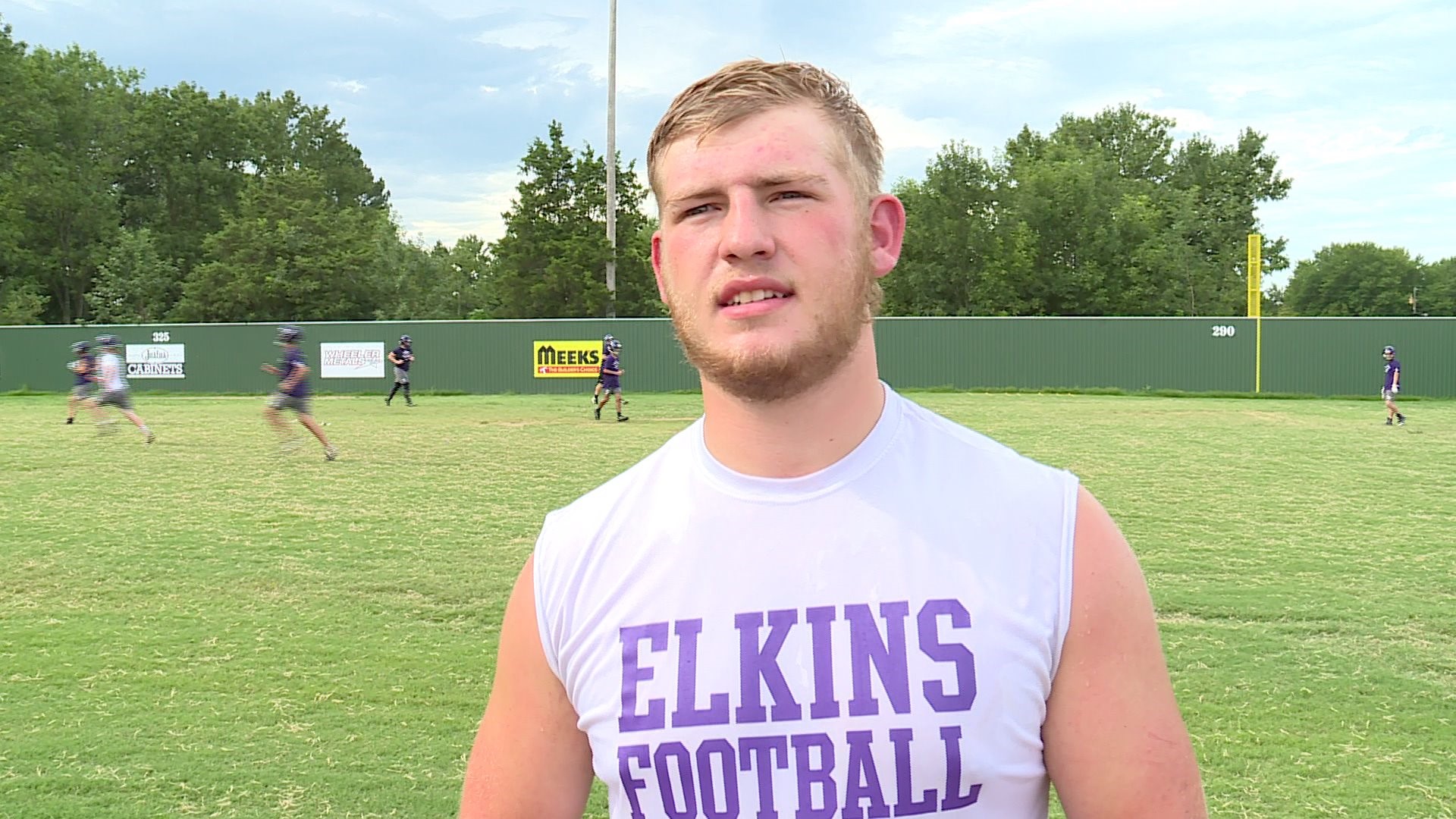 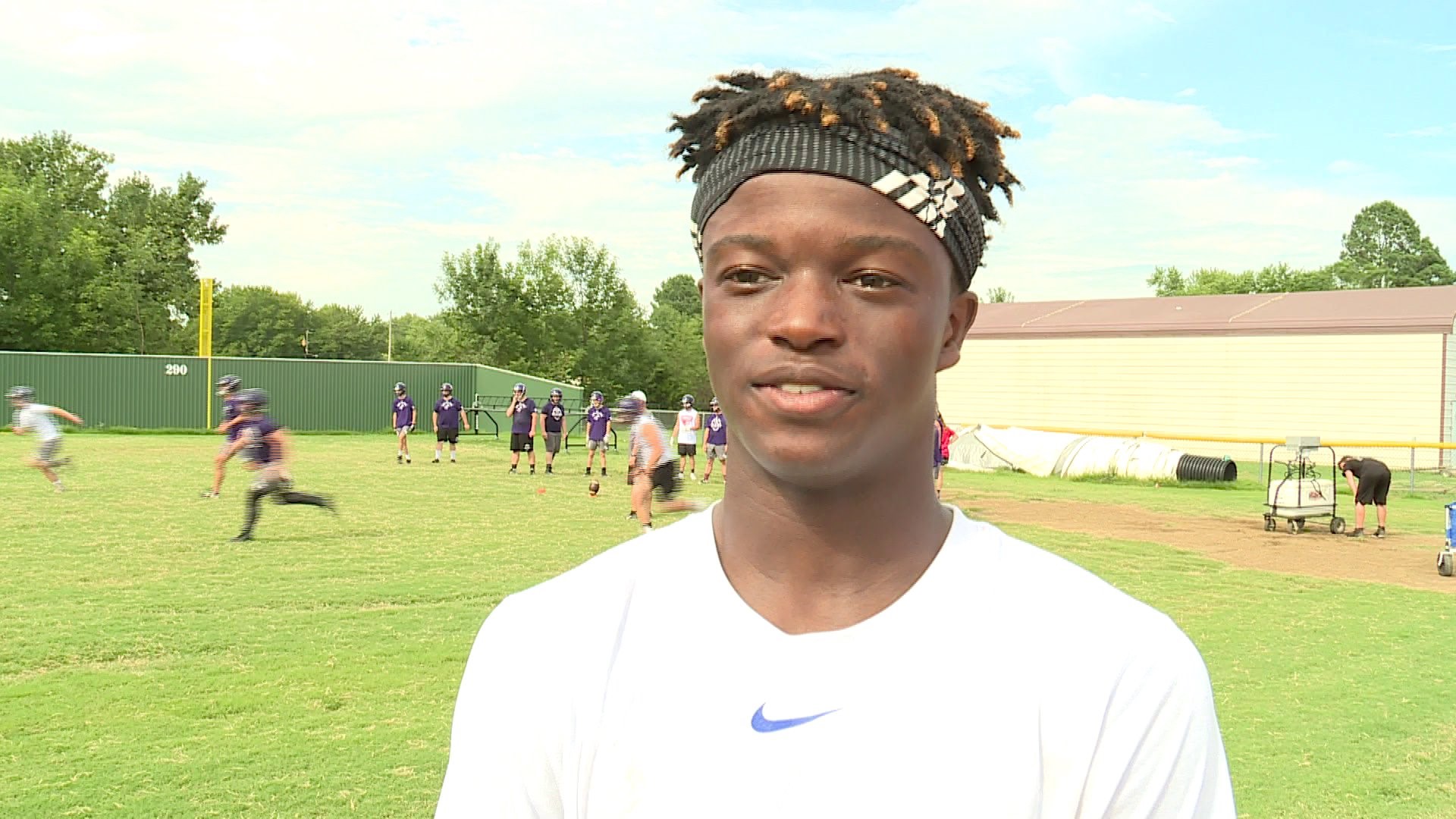