Electric worker injured after vehicle hits a line in Alma

The lineman and the crew were out repairing a line when a vehicle passed and struck the line. 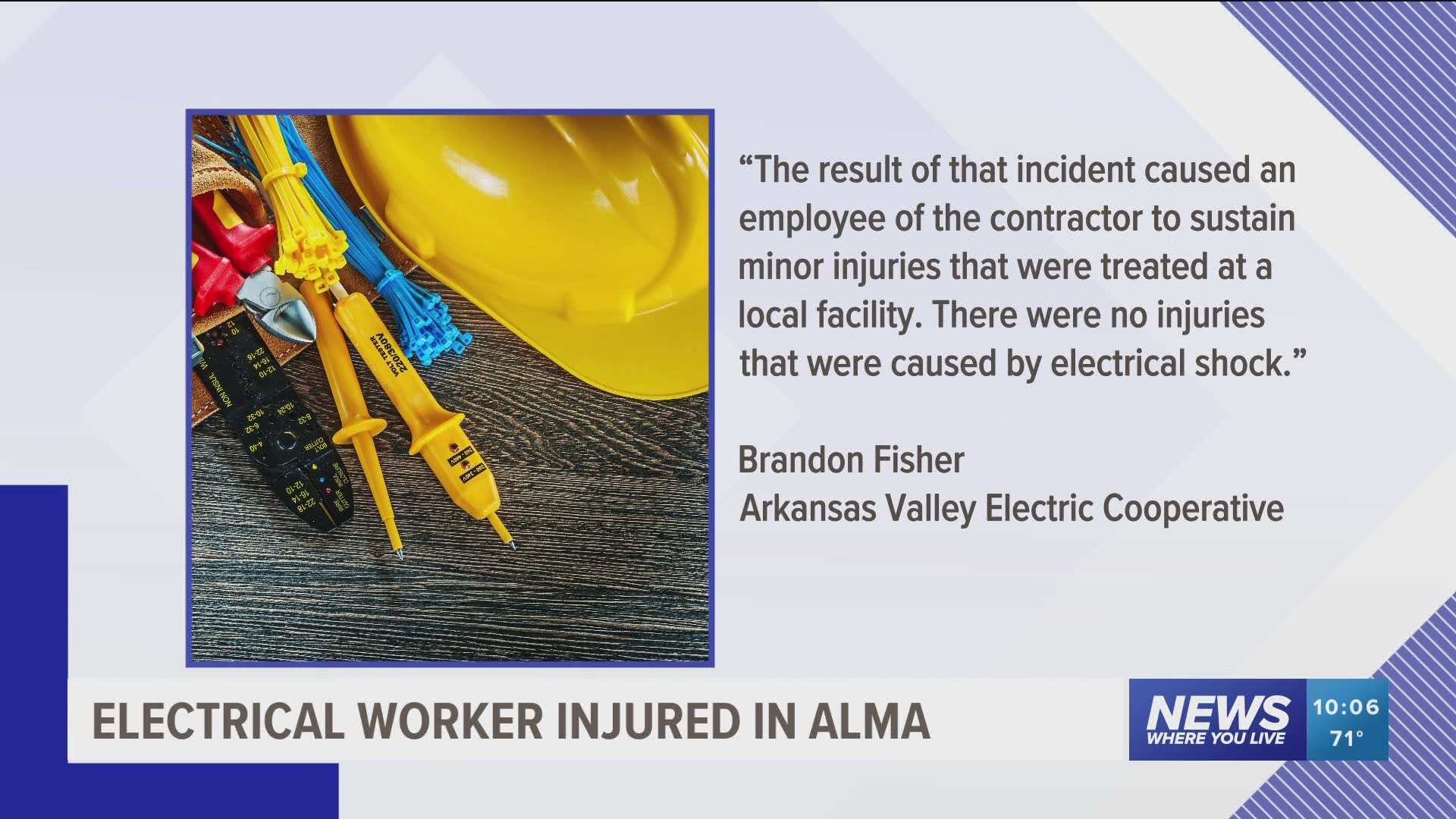 ALMA, Ark. — A lineman working for Arkansas Valley Electric was injured after a passing vehicle struck a line and caused the worker to fall and break his arm.

The accident happened early Friday (May 1) morning when a subcontractor fell and broke his arm.

He and the crew were out repairing a line alongside Interstate 40 in Alma when a vehicle passed and struck the line.

"The result of that incident caused an employee of the contractor to sustain minor injuries that were treated at a local facility.

There were no injuries that were caused by electrical shock."

People living nearby say a neighbor transported the lineman to an ambulance where he was then taken to the hospital.

Arkansas State Police say there is no investigation into the matter.

Brandon Fisher with Arkansas Valley Electric says the subcontractor has been released and was sent home.