With Arkansas collegiate sports seeing success in recently, stores focused on Razorback gear are seeing a boom in business, especially heading into this weekend. 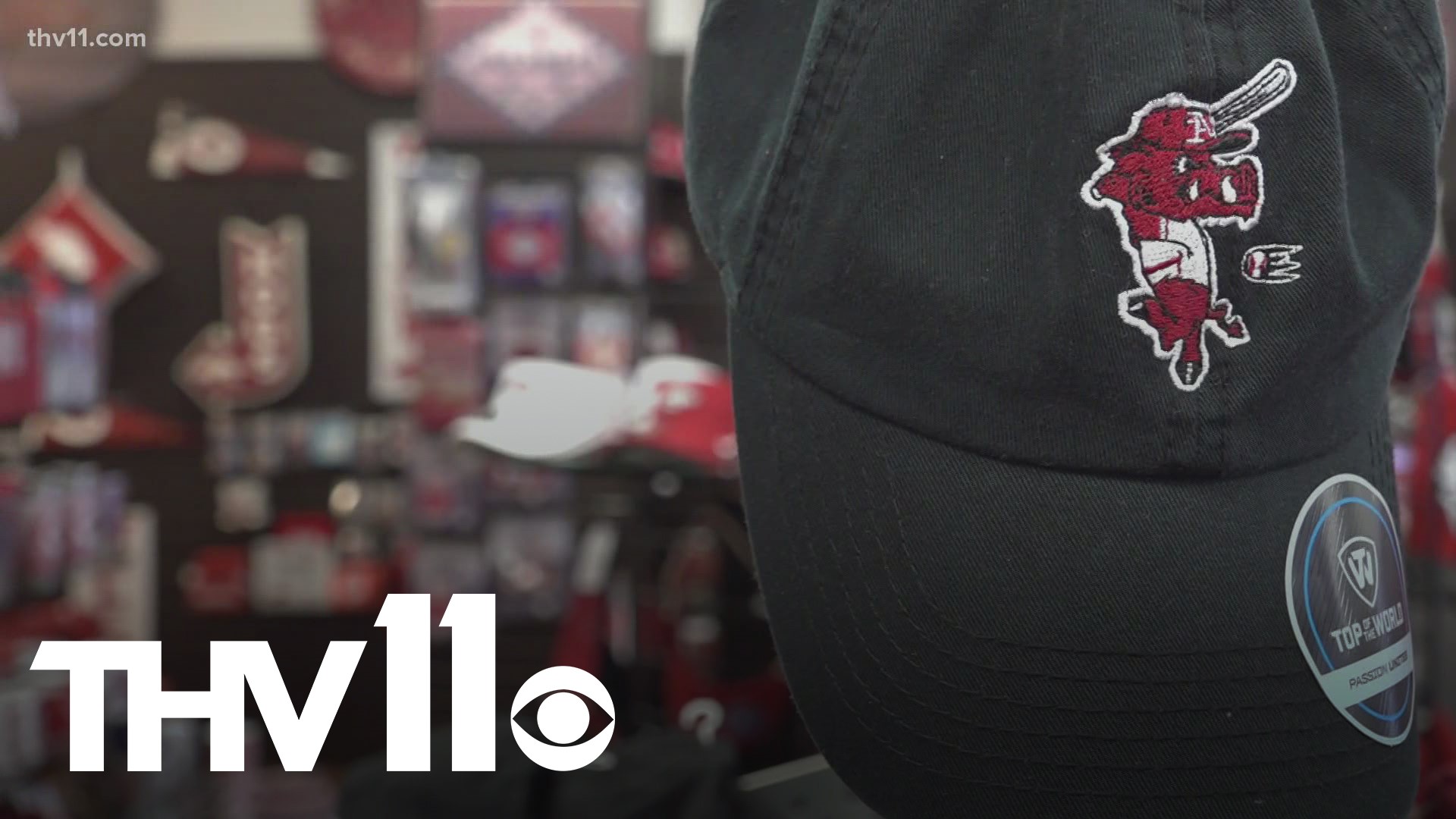 NORTH LITTLE ROCK, Ark. — Stories of businesses suffering during the pandemic have become all too common, but there's one type of store that's seeing more traffic than usual.

"It really helps us. It's great to be supporting the Razorbacks because we know they're supporting us," Steve Jenkins, owner of Hogman's Gameday Superstore, said.

When you're selling merch based on the best team in college baseball, things tend to look more positive for your business.

"We've had a great season this year with the Razorbacks maintaining that number one status all year long. It has really maintained our business all baseball season," Jenkins said.

While Jenkins is looking forward to the Hogs' game on the weekend, the past year hasn't been easy.

"It's been extremely tough. I can tell you last year in April, we had to close the stores for a month," he said. "Customers didn't want to come out. So we could have been open, and nobody would have shown up at the stores."

Even over the past few months, business wasn't booming – until recently.

"For a while now, it's been tough to be in the Razorback business," Jenkins said.

Through losing seasons, coaching changes, and the pandemic, things haven't been easy.

But when you've got multiple teams competing for national championships, that helps to offset difficult times.

"We went to the Sweet 16, we had great fan support during that time period," Jenkins said. "A lot of talk around the water cooler about the Razorbacks, and anytime that happens, we're going to see an increase in sales."

While the last year has been a challenge, the more success of the Hogs has helped the success of Jenkins' business.

"I mean, we went right from basketball straight into baseball," he said. "So a time when sales normally would be down, they've been way up."

No matter what happens for the remainder of the season, Jenkins said he's happy to be in the position he's in. Despite that, he still has the Diamond Hogs winning it all.

"I'm excited, I'm optimistic, and I'm encouraged, because it's such a difference from where we were this time last year," Jenkins said. "Not just as a Razorback store, but as a nation. I mean the pandemic has slowed down, the weather is great, and the Razorbacks are winning."