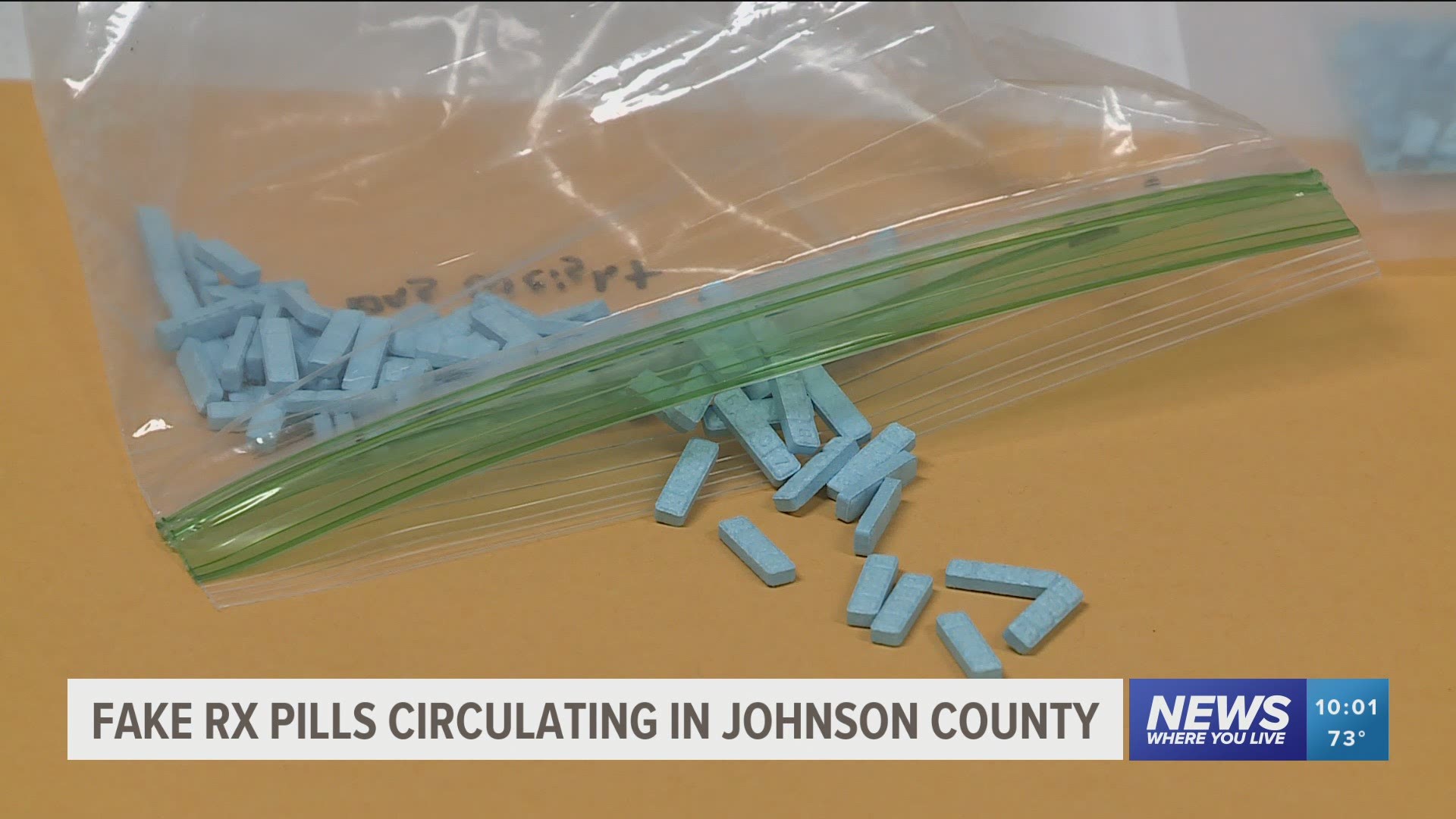 JOHNSON COUNTY, ARKANSAS, Ark. — Counterfeit drugs are popping up across our state, and many of them are extremely dangerous.

The Johnson’s Sheriff’s Office is currently investigating a fake Xanax pill after a recent overdose call that could’ve turned deadly.

The sheriff’s office received this 911 call from the father of a person who overdosed on the drug.

“He was unconscious. Of course he was transported by ambulance,” said Jim Stephens, Johnson County Sheriff’s Office.

Officials say the man survived, but it could’ve been worse. The blue pills look like normal prescription Xanax.

“When in fact they are anything but that,” said Sheriff Stephens.

Johnson County investigators say the drug is from out of the country and made in illegal pill presses.

In fact, it’s 50 times more dangerous. It can be brought off the street for $10 without a prescription needed.

“It’s in our community and floating around,” Sheriff Stephens said.

They’re working hard to get it off the streets and are asking those who encounter the drug to drop it off with them.

“Don’t hesitate. Pick up the phone and call. We will make arrangements and we will come and get it. We will dispose of it safely,” said Sheriff Stephens.

Those who bring in the counterfeit drug won’t be punished. The Johnson County Sheriff's Office just wants it off the street...

“Reach out to us. Let’s get rid of it. Otherwise we’re going to have a lot of deaths in our community as a result of this,” Sheriff Stephens said.

The Johnson County Sheriff’s Office is able to do this with an opioid investigation grant.