The President retweeted Kremer Sunday, saying he would be at Wednesday's rally just steps from his front door. 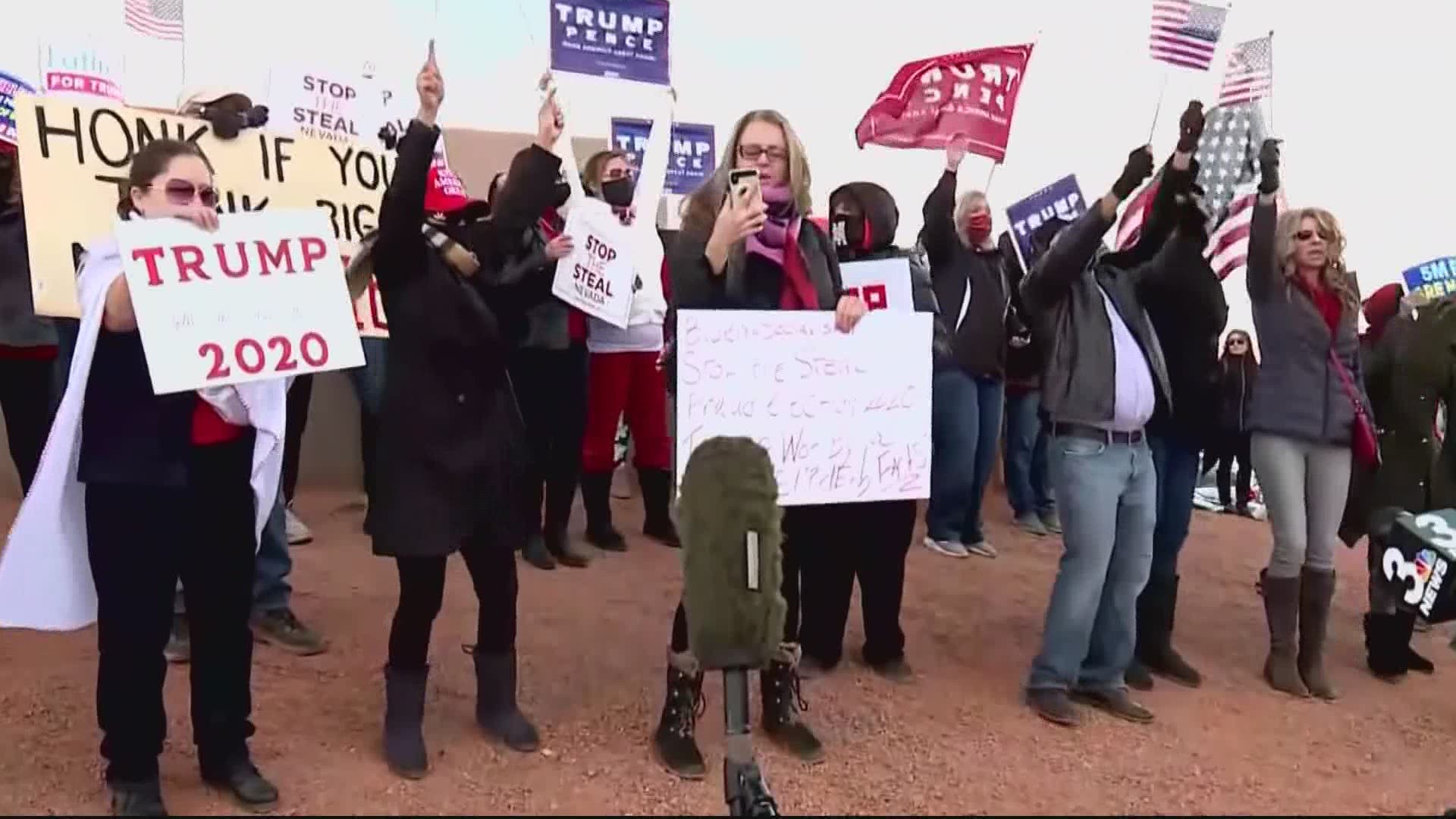 WASHINGTON — Thousands of President Trump supporters are migrating to D.C. this week to protest the election results, and local organizations and officials are working to get ready.

Demonstrations begin Tuesday, Jan. 5 at Freedom Plaza, but the main event is slated for Wednesday at the Ellipse, organized by Women for America First. They hosted the December and November marches in D.C. as well.

Executive Director Kylie Jane Kremer urges participants to arrive at 7 a.m. to get a seat before speeches start at 9 a.m. However, she said they are still setting up the schedule for the headliner: President Trump himself.

The President retweeted Kremer Sunday, saying he would be at Wednesday's rally just steps from his front door.

“We just are looking forward to it because people want to hear directly from the president about what to expect on Wednesday from Congress and about the direction and path forward at this moment in time," Kremer said.

I will be there. Historic day! https://t.co/k6LStsWpfy

Ultimately, Kremer said they want to keep President Trump in the White House, by way of allowing his supporters in Congress to present their arguments, even though multiple judges have ruled there has been no evidence of widespread election fraud.

When asked if her organization would accept the results if Congress certifies President-elect Joe Biden's win, she said, “we will cross that bridge when we come to it.”

Both of the past pro-Trump demonstrations ended in violence, with DC Police reporting stabbings and multiple arrests and video showing brawls and banners being burnt on D.C. streets.

When asked if her organization was doing anything to try to prevent violence from breaking out a third time, Kremer said they plan to demonstrate peacefully -- and advocate for others to do so as well.

“We’re a movement based on love -- love for our president, but also love for our country," she said. "We’ve encouraged people to remain peaceful.”

DC Police Chief Robert Contee said they have activated the National Guard to help with traffic and crowd control. He said there will also be officers stationed near churches that had Black Lives Matter signs ripped down during the December demonstration.

Black Lives Matter DC, however, isn't convinced these actions will change anything.

“I don’t believe that police keep us safe, but that’s what they say they do. I just want to see that in action," core organizer of BLM DC, Anthony Lorenzo Green said. "What we can demand is that they do everything possible to ensure that white supremacists are not bringing violence to our city, are not bringing COVID to our city, and that they are adhering to social distance rules.”

Green said he also wants to make sure that people who have been protesting since George Floyd's death are protected from antagonizers, and that they aren't barred from the plaza honoring Black lives.

Chief Contee had said in Monday's press conference that they could shut down Black Lives Matter Plaza if need be, as they had done for a period of time during December's pro-Trump demonstration.

Green said BLM DC is not organizing an event Wednesday, but they are offering support to other demonstrators.

“We saw what happened on our streets, and people were harmed," he said. "Black Lives Matter DC is just not going to stand for it. We have a duty to keep each other safe.”

The mayor and council joined in encouraging everyone to stay home the next two days and avoid sites where demonstrations are planned, including The Ellipse, Freedom Plaza, and Black Lives Matter Plaza.