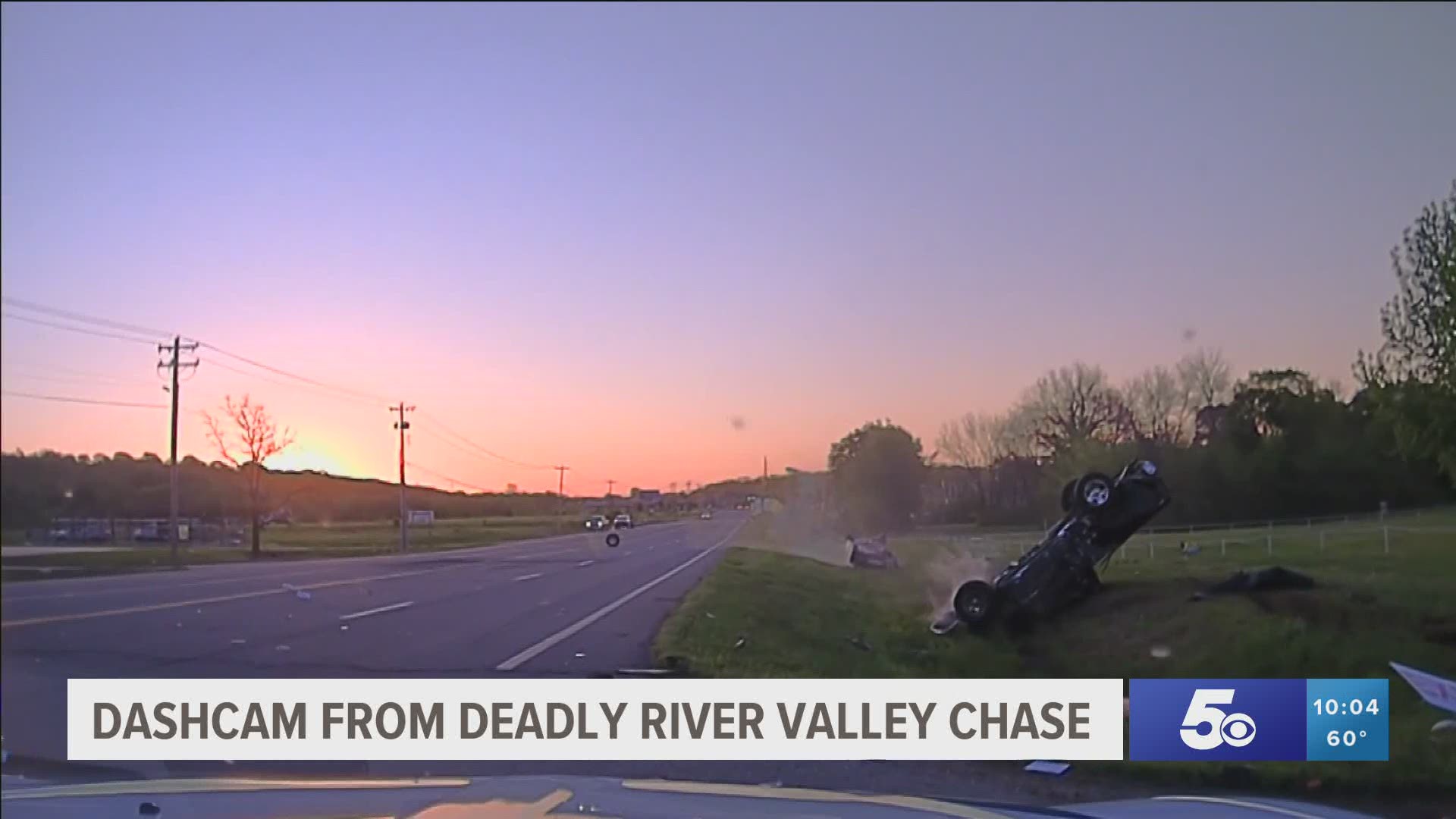 The chase began around 6:30 a.m. on April 10 after an officer with the U.S. Forestry Service saw Battenfield's truck run a stoplight in Fort Smith.

The chase ended with both vehicles flying into the air and crashing.

The dashcam video shows Battenfield's truck swerve into oncoming traffic on Zero Street. Seconds later, Trooper Ellis' patrol car collided with the truck by using a PIT maneuver. The patrol car snapped a utility pole as it flew through the air.

Battenfield was killed in the crash and Trooper Ellis was taken to a hospital in Little Rock with non-life threatening injuries.

"PIT has been used by the Arkansas State Police for no less than the past 18 – 20 years and continues to be used by state troopers, particularly if innocent lives are being threatened, as was the case involving the Fort Smith incident."