Cleanup efforts are still underway a month after three EF-1 tornadoes swept through the River Valley. 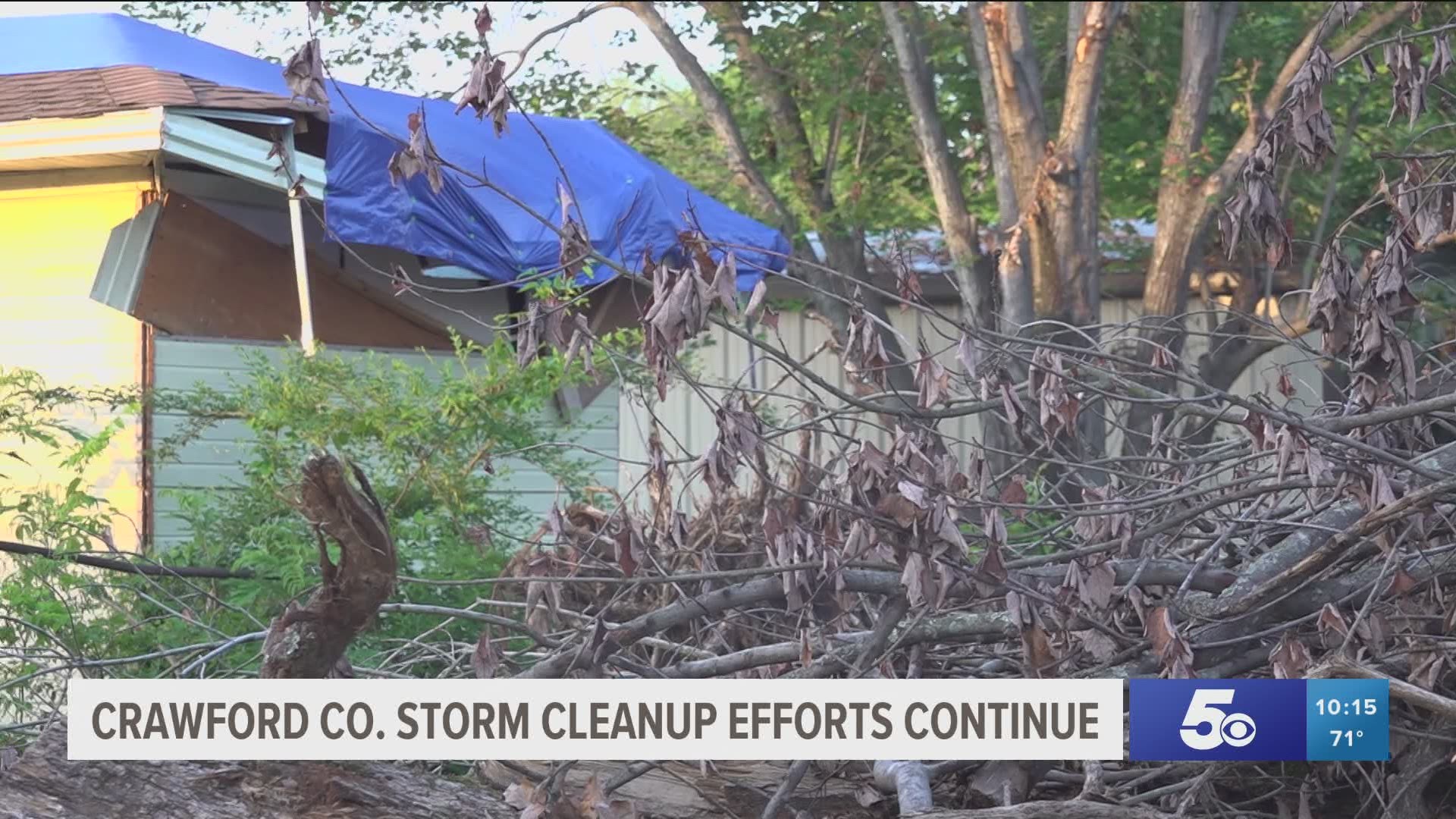 VAN BUREN, Arkansas — It’s been more than a month since three EF-1 tornadoes swept through the River Valley.

Those storms caused damage to homes, buildings and schools.
Whether driving or walking through neighborhoods in Van Buren, many have broken trees littering their yards and streets.

“We’re really tired of it,” said Van Buren resident Cathy Rogers. She says she’s ready for the storm debris to be gone. “It’s also causing problems in getting your lawn taken care of and vision issues trying to get out without running over people,” said Rogers.

Some cities in the River Valley are working to pick up the debris. The city of Van Buren is hiring outside help because the amount of damage is too much for city crews to handle.

“I really do appreciate the city, because they don’t have to do that,” said Rogers. Continuing saying, “They could’ve made us all do it ourselves.”

But for some, that’s their only option. The county is allowing a burn site near Alma where residents can drop of tree limbs that fell in the storm to be burned. The site will open from 8 a.m. – 5 p.m. The site is located at 7530 Alma Highway, just west of Alma.

“This is for residents that suffered damage during the tornado,” said Brad Thomas, Director of Crawford County Department of Emergency Management.

The Department Of Emergency Management plans to keep the site open until the end of June.

“The tornadoes were on the ground for 28 miles. It’s a mile and a quarter wide. So, you can imagine the amount of debris that still in the county,” said Thomas.

The United Way of Fort Smith Area also wants you to dial '211' to report any trees or limbs that have fallen on houses or cars from last month’s storms. You can report storm debris in Crawford County and Sebastian County.