Construction to begin on new temporary housing shelter in Fayetteville 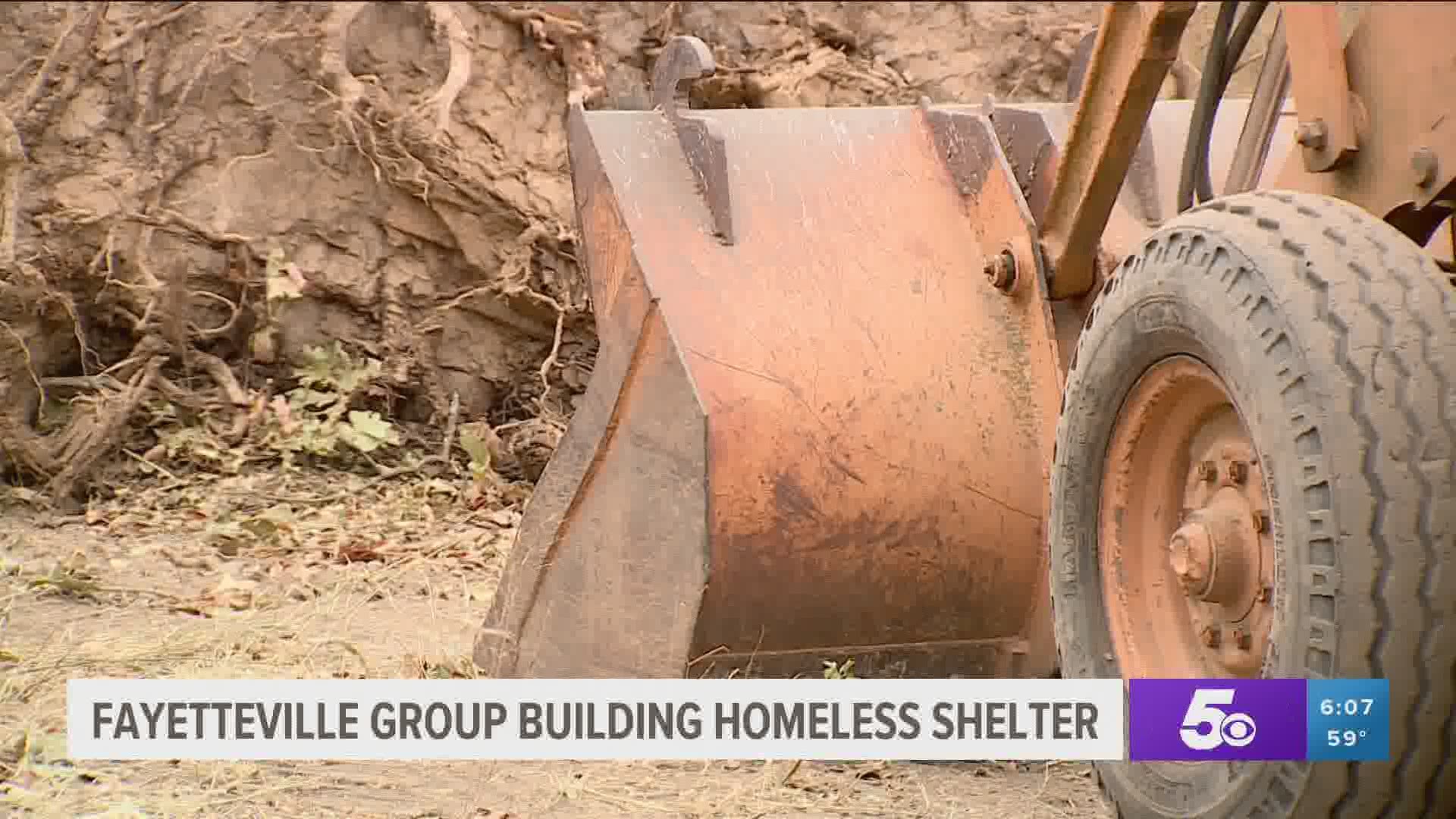 Once the branches are cut, and the trees are cleared away the space near South School and 19th Streets in Fayetteville will be wide open for the future home of the New Beginnings of Northwest Arkansas Bridge Community Housing Shelter.

“It’s really going to be a place where people live, people feel safe and calm, and a place people can use as a launching pad for what’s next in their life," said Solomon Burchfield, Director of New Beginnings Bridge Housing.

Images show an example of what shelter will look like when it’s done.

The plan is to build 20 individual sleeping cabins, a shared services building equipped with an industrial kitchen, bathroom and shower facilities and office space.

It's all designed to serve a population of the homeless community that is often overlooked.

“Particularly the chronic homeless population that is unsheltered, that have no pathway into permanent housing, and that’s why again the notion of bridge housing," said Kevin Fitzpatrick, Professor of Sociology at the University of Arkansas.

The tall grass and dirt will be replaced with beautiful gardens. The facility will serve as both an on and off-ramp for those that need it most.

“The goal is not to keep them here, the goal is to find them housing where they can become again contributing residents in the community," Fitzpatrick said.

A social worker will meet with individuals to customize a plan to help set them on the right path.

The director says they don’t want to turn anyone away.

No word yet on when construction on the new facility is expected to be completed, but in the next 30-60 days people will begin to see a lot of changes.

RELATED: Property owner paints 'Trump' on hillside of I-49 in Fayetteville