Noland looks to bounce back from tough super regional 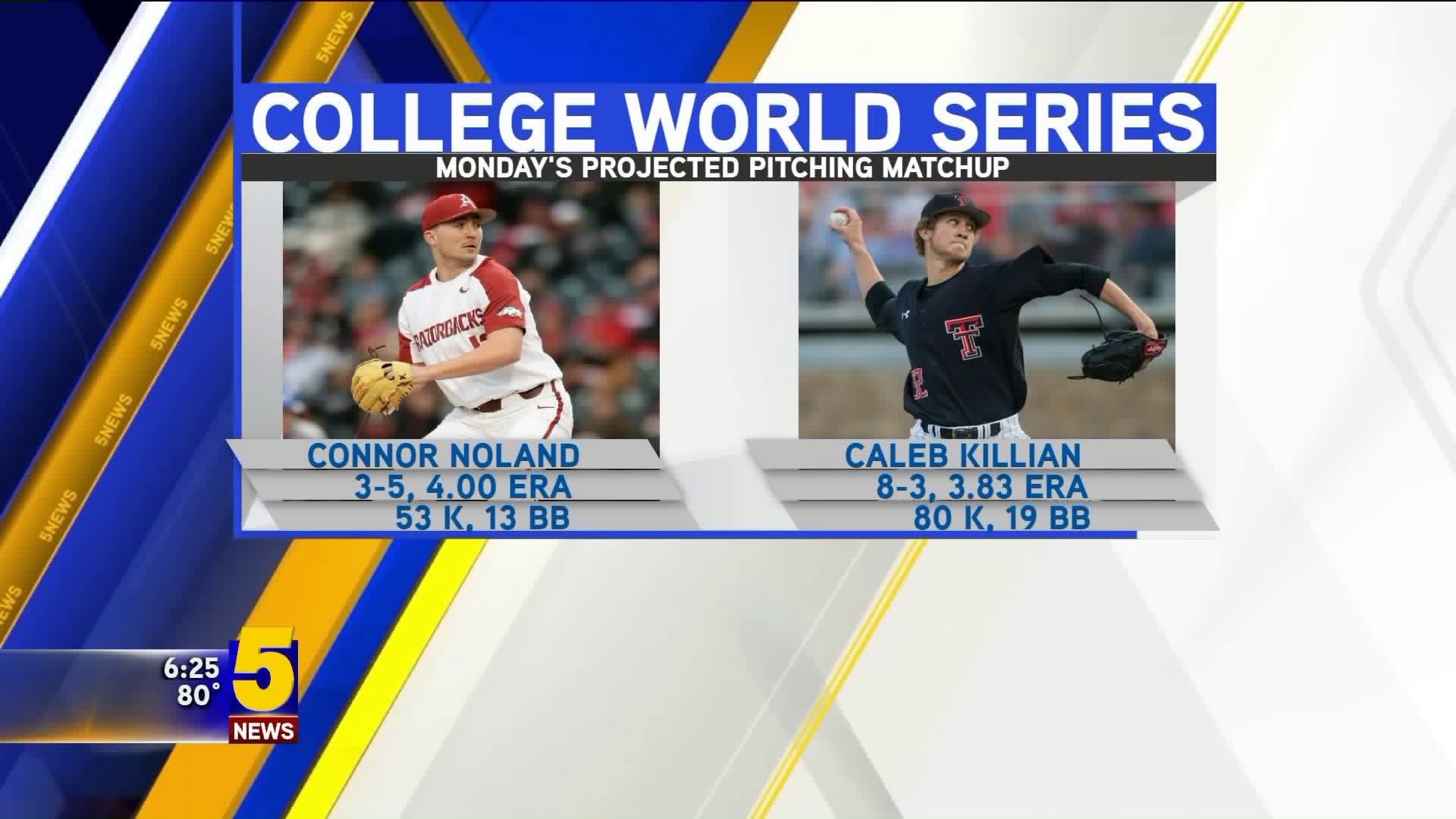 OMAHA (KFSM) - It will be a win or go home game for Arkansas this afternoon, and they are giving the ball to a freshman.

Connor Noland will get the start on the mound for the Razorbacks when they face Texas Tech at 1 p.m. in an elimination game. Noland is 3-5 this season with 4.00 earned run average while striking out 53.

Texas Tech is expected to counter with Caleb Killian as he has an 8-3 record and has been the Red Raiders number two starter all season long.

Noland lasted just an inning in his last outing as he allowed four runs against Ole Miss in the super regional. Prior to that start, the Greenwood native had been effective as he had a 1.13 ERA in his previous 40 innings while striking out 31 batters compared to just three walks.