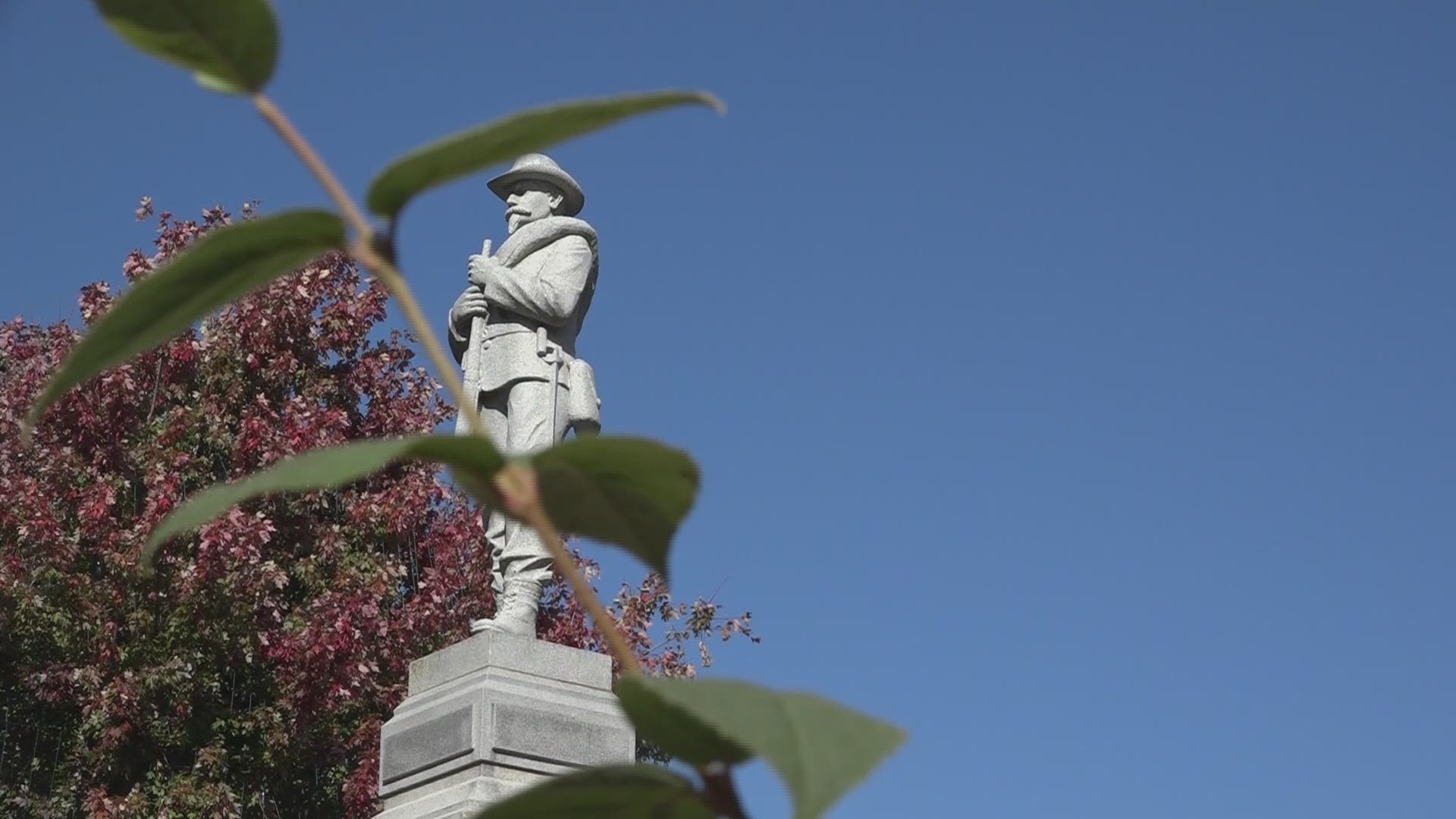 The monument is being restored and moved to an undisclosed location. Once restored, the monument will be placed in a new park near a Bentonville cemetery.

It was first announced that the monument would be moving in June.

RELATED: Confederate statue in Bentonville Square to be relocated

Crews could be seen lifting the monument from its pedestal Wednesday morning. The statue was taken down while a crowd watched from around the Bentonville Square. 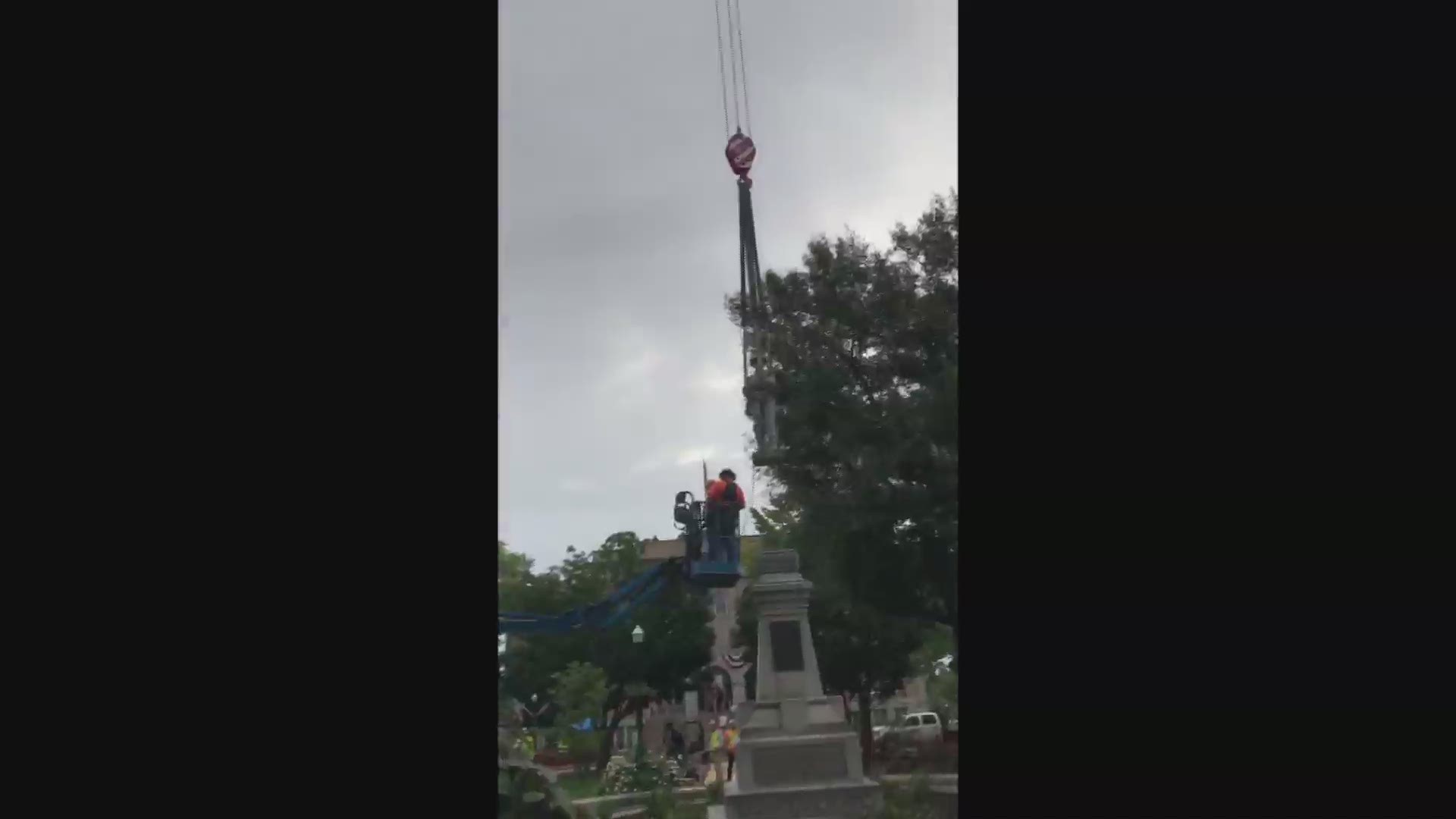 The monument is owned by the United Daughters of the Confederacy (UDC), and it has stood on the Bentonville Square since 1908 in an agreement with Benton County. The Benton County Historical Society owns and operates the park where the monument stood.

The statue has been vandalized multiple times in the past few years as the debate over Confederate Monuments sparked in the U.S. Dueling petitions to remove and save the monument have surfaced over the years.

At the moment, there are no plans to replace the statue at the Bentonville Square.