Head Coach, Defensive Coordinator Both Have Seniors On Team 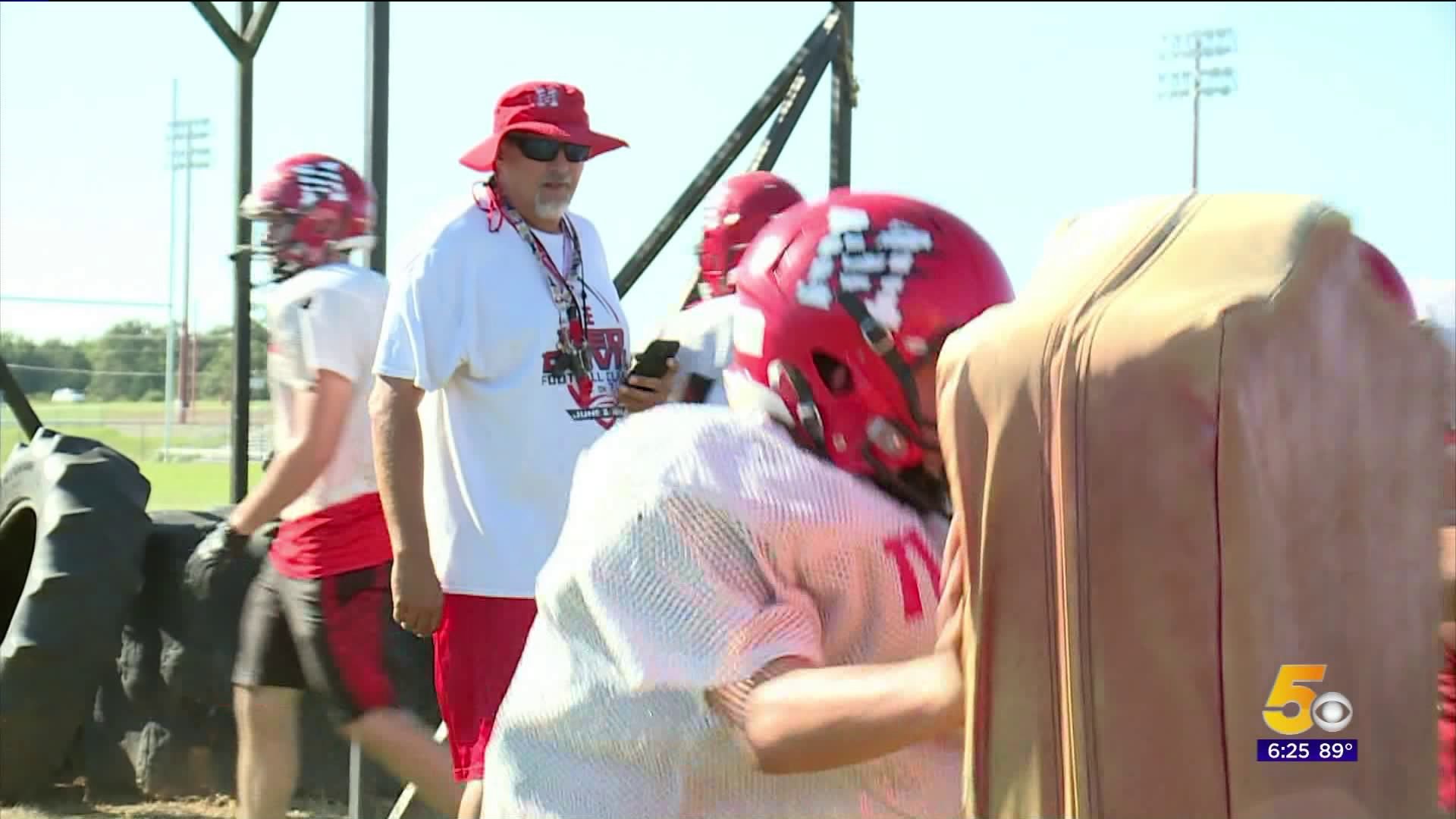 MANSFIELD (KFSM) - When you see Mansfield playing on Friday nights, there's a good chance you'll see a lot of Stovall and Cothran - both on the field and on the sideline.
Tim Cothran laughed. "It's just like we're all one big happy family."
Literally.
Isaac Cothran is closing out his senior year with his dad taking over at the head coach position.
"Sometimes I think he can just read my mind," Coach Cothran explained. "I just look and him and he starts telling somebody something or he starts doing something himself."
"I get a lot of time out here with him that if we weren't out here coaching or if I wasn't out here playing football, that I probably wouldn't get. Wouldn't get as much," Isaac added.
Defensive coordinator Keith Stovall also gets to watch his son shine at the quarterback position.
"It's just awesome getting to watch your kid grow up and always being around and a part of everything he's doing, because as a coach, you're here and you're involved with every aspect of his life," Coach Stovall mentioned.
"It's a great feeling because after every big win, I get to have my father there as a coach and I get to congratulate him on a big win, so it's just like both ways," Ethan added.
While the coaches see the team as a whole, watching their sons excel makes the experience that much more special.
"Coach Bentley, when he was here, made a rule that I was not able to talk to him on the sideline during a game, so it was never more than a fist bump if he did something good," Coach Stovall rememebered.
"I do take opportunities sometimes when I can just watch him," Coach Cothran mentioned of the balance between parenting and coaching. "I do that. I take advantage of that so I can still be dad."
Fathers, coaches, one big family - whatever the relationship, a 4-0 start to the Tiger season leaves everyone swelling with pride.