The city along with Mayor Hurst is being sued after a Christmas float displaying the Confederate flag was not allowed in the parade. 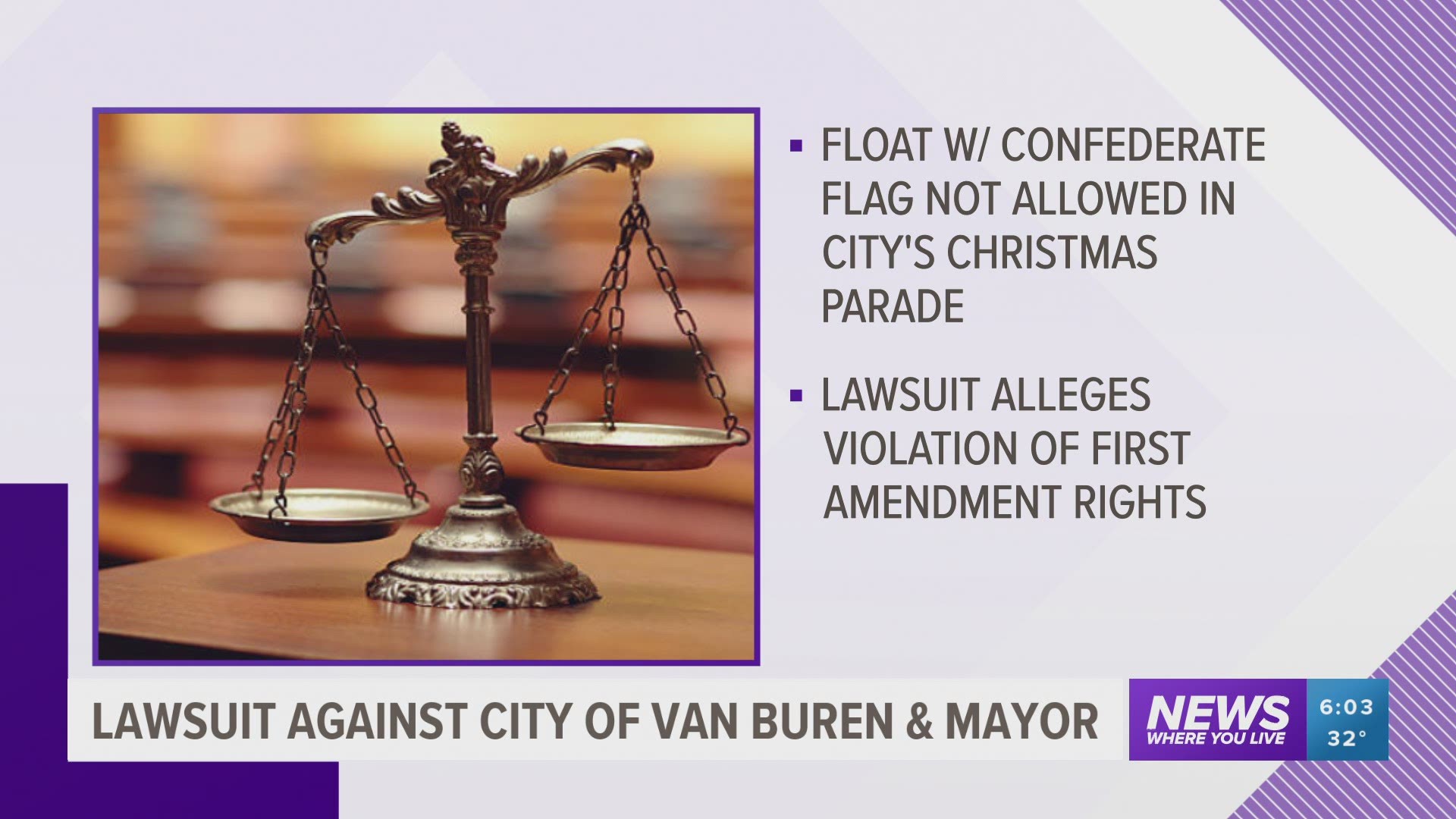 VAN BUREN, Ark. — Fort Smith Attorney Joey McCutchen announced Friday (Jan. 15) that he has filed suit against the City of Van Buren and Mayor Joe Hurst after a float displaying the Confederate flag was not allowed in the city's Christmas parade.

According to McCutchen, the city violated the First Amendment free speech rights of Sons of the Southern Cross and its president James Bible.

Sons of the Southern Cross is a nonprofit confederate heritage association that promotes "southern heritage."

The suit arises from the banning of a float in the Van Buren Christmas Parade that was held on Dec. 12, 2020, because it displayed a Confederate Flag. McCutchen claims the exclusion of the float was at the direction of Van Buren Mayor Joe Hurst.

“In today’s environment, there is probably nothing more controversial than the Confederate Flag,” McCutchen said. “It stirs powerful emotions of those on both sides of the issue,"

McCutchen continued by saying “A government official does not have the right to tell any American what they can think, say, write, or display unless it is falls within very limited exceptions. The Courts have clearly said that flags are symbolic speech.”

According to the complaint filed by McCutchen, rules for the 2020 Christmas parade included that "no flags, other than the American flag, or any discriminatory items, sayings, etc. should be present on your float."

McCutchen argues that the rule prohibiting flags other than the American flag is "clearly a content-based restriction on free speech when such a rule is applied, made, or enforce by a state actor because it allows one type of flag but not others."

The complaint states that Sons of the Southern Cross have participated in the parade for the past 11 years and have had the Confederate flag on display in each one. They also claim that in the past parades they have handed out Confederate flags.

According to McCutchen, the float was originally approved by the Old Town Merchants Association, which is in charge of the parade, but once it was there, they were told to remove the flag by the city.

You can read the full complaint below: