38-year-old Christopher Duren was arrested for the murder of Eric Reed and has now been charged with Murder in the First Degree. 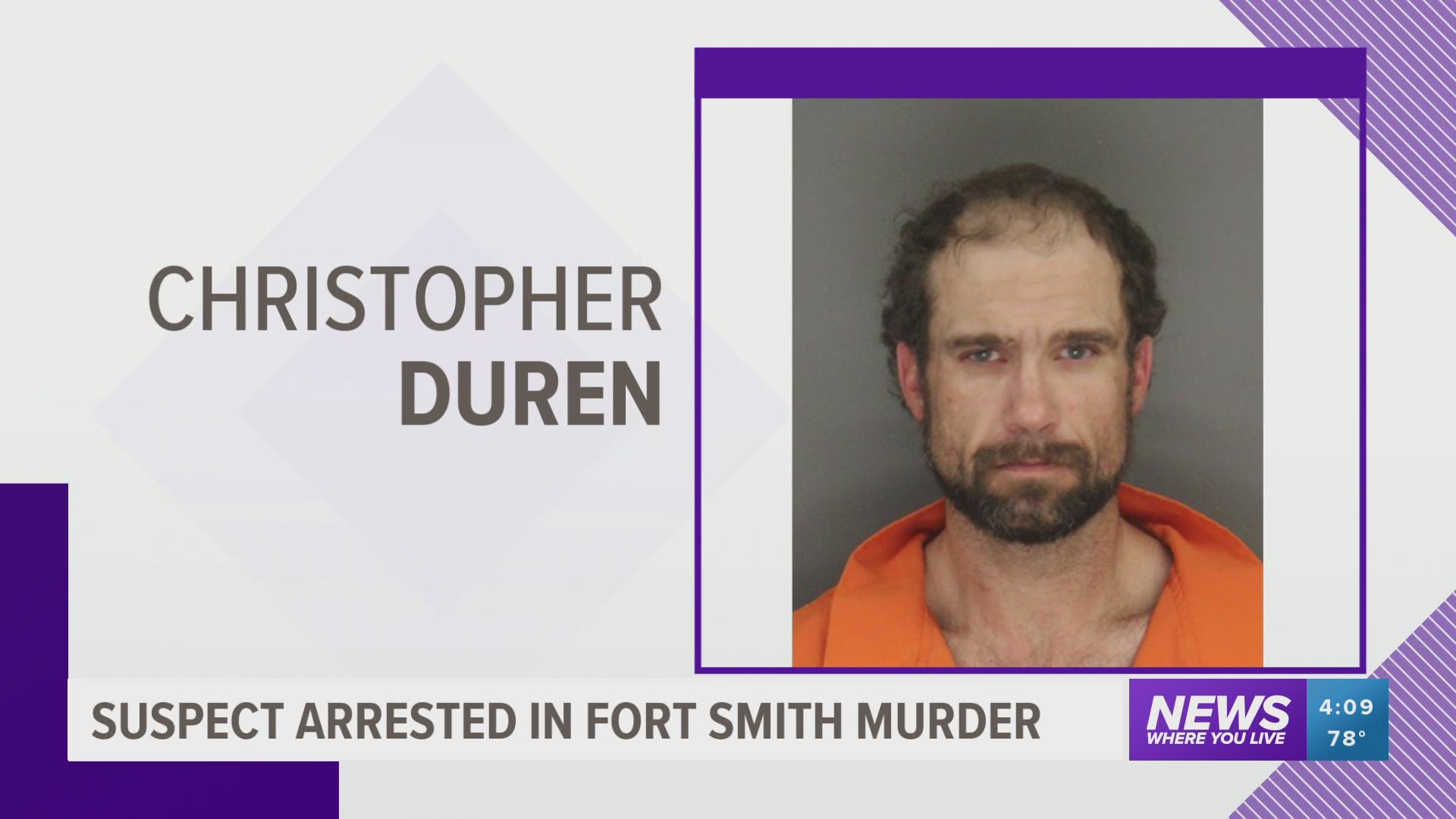 Christopher Duren has been charged in Sebastian County Circuit Court with Murder in the First Degree, Class “Y” Felony.

No bond has been set at this time.

The investigation by the Fort Smith Police Department, the Office of the Prosecuting Attorney, and other law enforcement agencies is ongoing with regard to these criminal offenses.

On May 21 at approximately 9:45 p.m., Fort Smith Police responded to the area of North 12th and G Street regarding a possible deceased subject.

Upon arrival, the body of a male victim was located inside a residence.

Criminal Investigations responded and took over the scene.

A suspect, 38-year-old Christopher Duren, was arrested for first-degree murder and taken to the Sebastian County Adult Detention Center.

The victim has been identified as 47-year-old Eric Reed.

The investigation into the incident is ongoing, but no other suspects are being sought in connection to the homicide at this time.

RELATED: Fort Worth man who said he 'didn't see eye-to-eye' with 4-year-old daughter arrested on capital murder charge in her death