Chad Colley has been recognized nationally for his advocacy efforts for disabled veterans. He lost both legs and use of an arm in the Vietnam War. 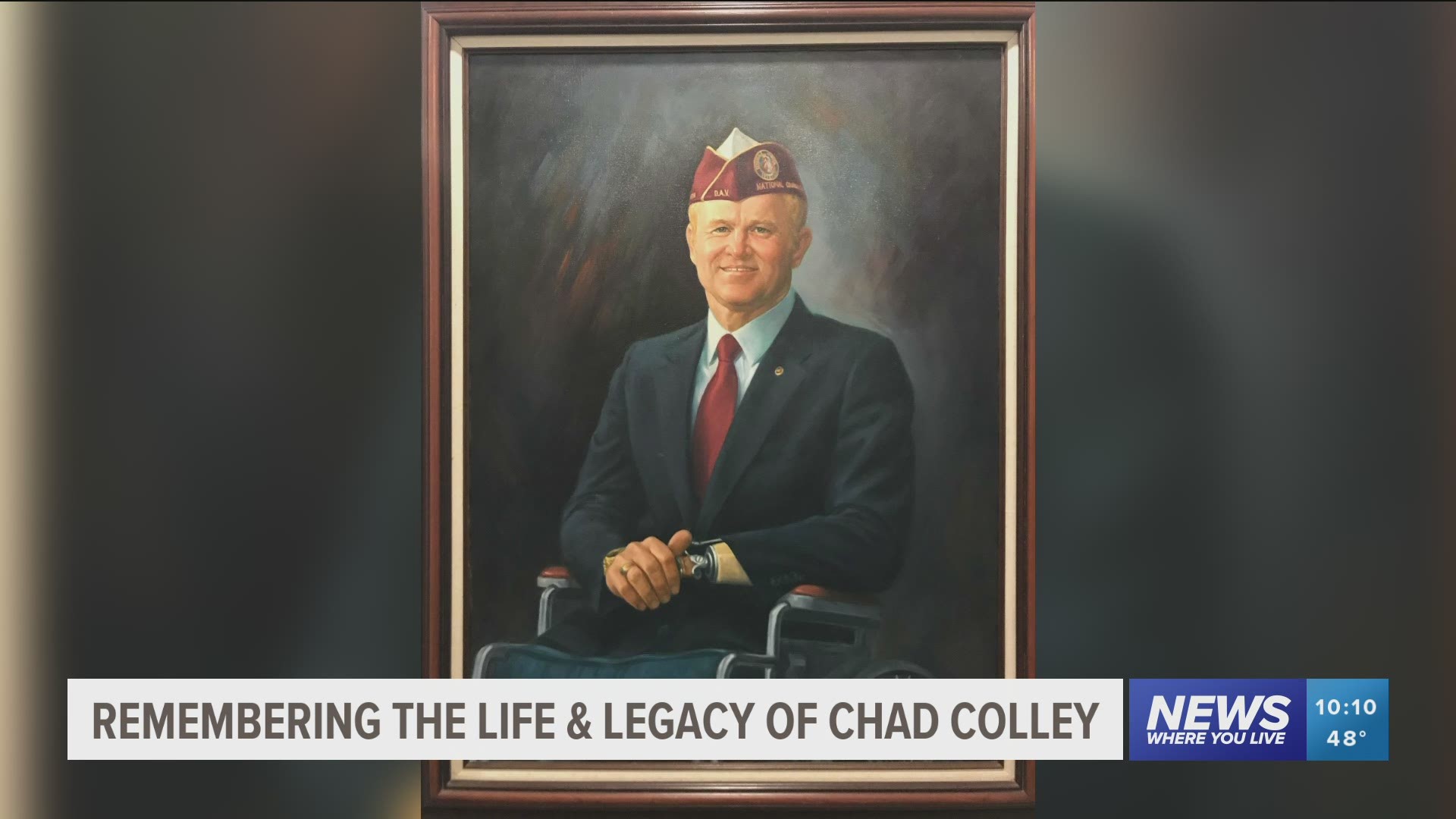 He is well-known in Fort Smith and across the nation for his years of work with the Disabled American Veterans Association (DAV).

Colley was severely injured while serving in the military during the Vietnam War in 1968. He lost both legs and the use of an arm in an explosion during combat.

Colley is a Paralympic gold medalist skier and earned recognition from Ronald Reagan for his advocacy for disabled veterans.

Chad Colley Boulevard in Chaffee Crossing is named in his honor.

"Chad Colley was a beloved advocate for disabled veterans, an admired Paralympic skier and a champion for his country," Boozman said. "His passing is a tremendous loss. We were blessed by his leadership and admirable example of the way he lived his life using his time and talents to advance national policies that helped others live their best lives. Cathy and I send our heartfelt condolences to Betty Ann and his family, the community and all who loved him as they remember the legacy of this great Arkansan."

Funeral services are scheduled for Thursday (Feb. 4) morning at 10 a.m. at East Side Baptist Church.