The car is a total loss and cannot be recovered, Montgomery County Fire and Rescue spokesperson Pete Piringer says. 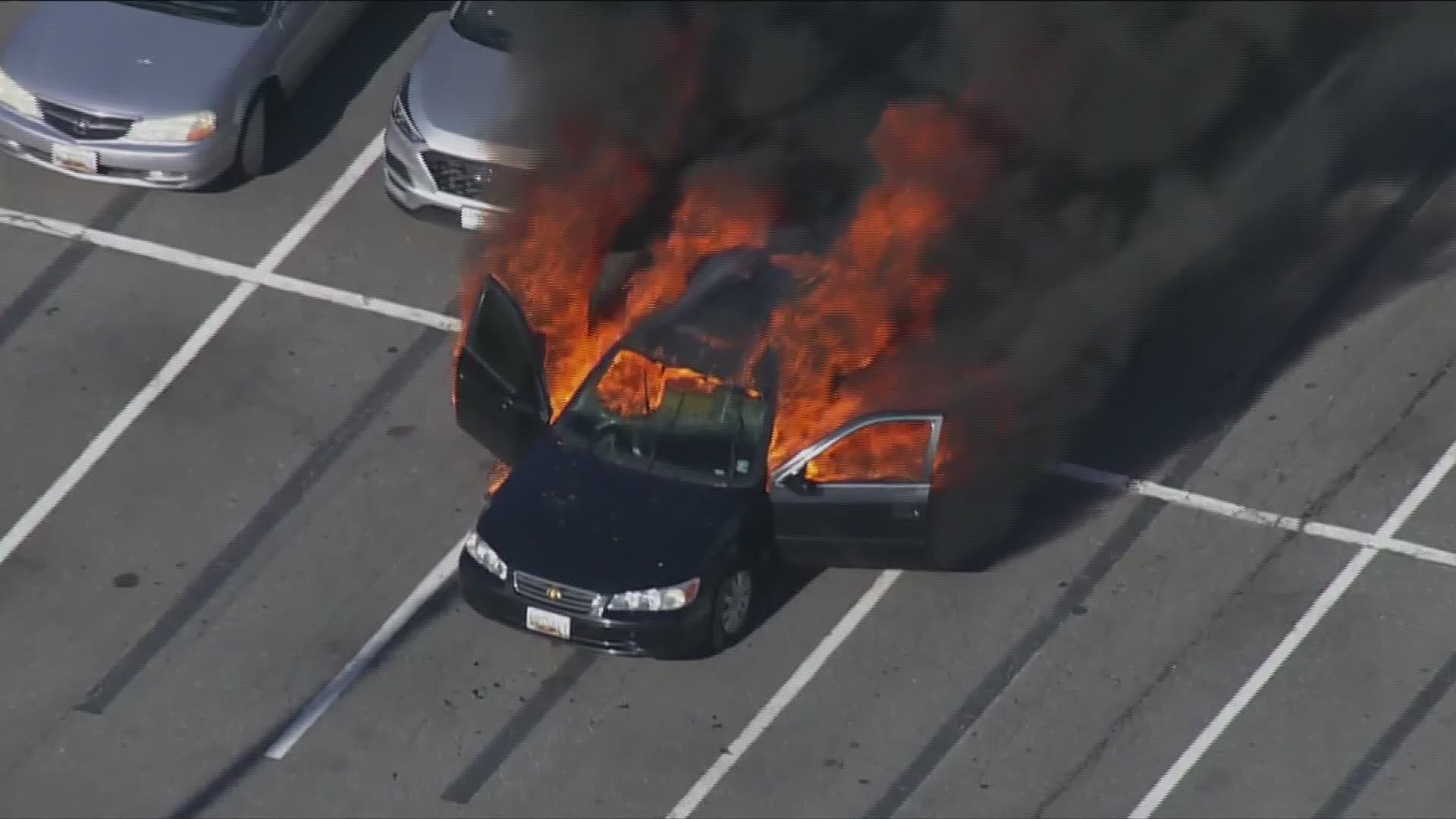 According to officials, the fire happened just after 5:30 p.m. Thursday in the Federal Plaza Shopping Center parking lot in Rockville.

Montgomery County Fire Department spokesperson Pete Piringer told WUSA9 the fire was caused by the "driver using hand sanitizer and smoking a cigarette," which he cites as a "bad combo in an unventilated area like a car."

The car is a total loss and cannot be recovered, Piringer said. Montgomery County Fire officials treated and transported the driver to a nearby hospital for treatment of minor burns to their body and non-life threatening injuries.

Just last week in Gaithersburg, a truck caught on fire Wednesday morning after live electric wires fell on top of it.

The incident happened on West Diamond Avenue and Muddy Branch Road around 7 a.m.

Live wires in the area fell on the road and under and on top of the truck causing it to engulf in flames, Montgomery County Fire spokesperson Pete Piringer told WUSA9. The occupants in the car were able to get out and there are no reported injuries.

Crews were able to extinguish the flames and Pepco controlled the power lines.

At this time, it is unknown what brought down the wires.

WUSA9 is now on Roku and Amazon Fire TVs. Download the apps today for live newscasts and video on demand.

Download the WUSA9 app to get breaking news, weather and important stories at your fingertips.