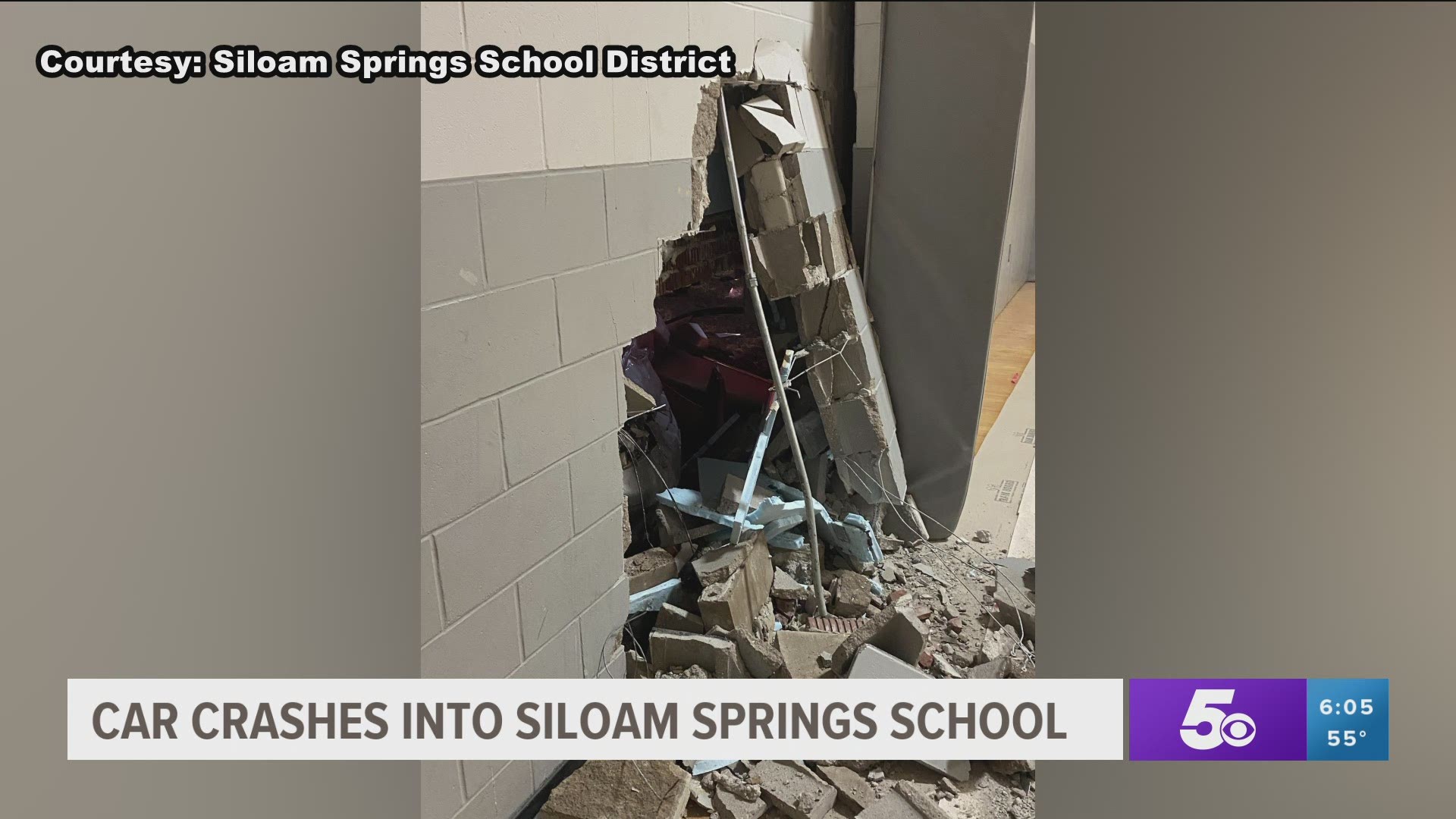 Siloam Springs Police say the car crashed into the side of the gym. The district says this is about 40 feet from a previous accident that took place in January.

“Twice in five weeks is pretty crazy. This building has been here for over 20 years and this is the only two times it’s ever happened, so it’s really unusual,” Shane Patrick said.

Assistant superintendent, Shane Patrick says they plan to meet with the city engineer to see if adding bollards or concrete would help make it safer.

“We don’t want our school district to look like it’s in a construction zone all the time, we want it to look nice and so we are going to come up with some different ideas on what we can do to maybe keep this from happening again but it does all come down to people need to drive safe,” he said.

Police don’t believe the car ever tried to stop before hitting the gymnasium. Captain Derek Spicer says they’ve only had 38 accidents here in the last five years.

“It gets congested during the school hours but in the evening hours it’s not a bad intersection for us. For this to happen…both of those accidents we believe at this time were caused by some type of impairment,” he said.

Patrick says they are very fortunate that both times this happened there were no students on their campus.

“That vehicle came right across where they stand in the afternoons to cross the street when they are walking home or in the mornings and in the facility,  there was debris thrown halfway across the gym court and so anybody in there could have been hurt really bad,” he said.

Three people who were in the vehicle were transported to Northwest Medical Center. Siloam Springs Police says all three people are in critical condition.

Students will not be allowed back in the gymnasium until it is inspected by a structural engineer.

Officers say this is an ongoing investigation.

RELATED: Vehicle crashes into Dollar General in Centerton sending one person to the hospital