A car crashed into a home in Cameron, Okla. Tuesday, hitting exactly where a man was sitting in a recliner watching T.V. 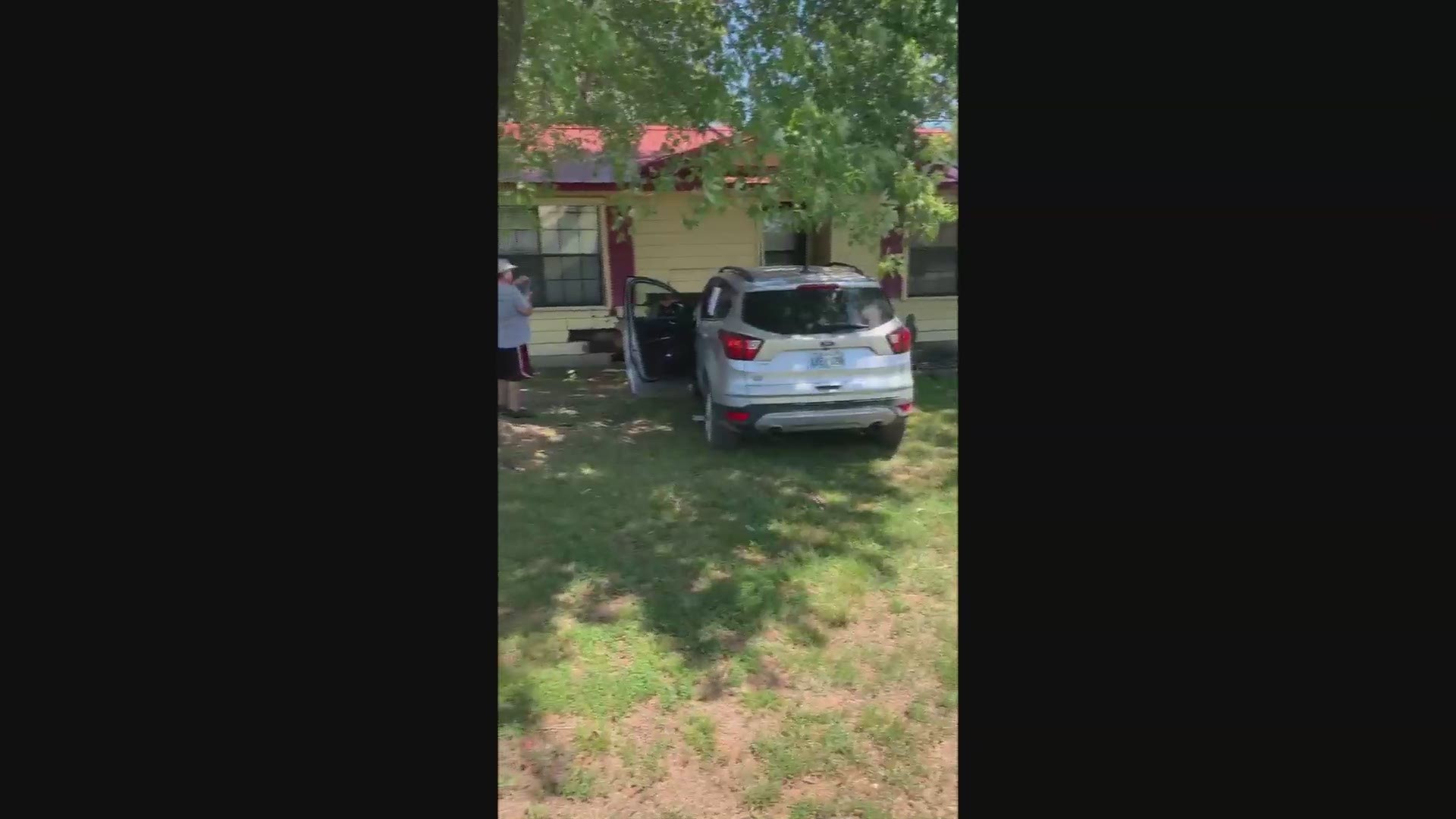 CAMERON, Okla. — A local man checked himself into the hospital after an SUV crashed into his home, hitting a recliner he was sitting in while watching T.V.

Officers responded to a house in Cameron, Okla. Tuesday (Aug. 4) where a car had reportedly crashed into the home.

It's unclear at this time what caused the driver of the SUV to crash into the house in LeFlore County on Highway 112.

The home belongs to Bud and Linda Thompson.

Linda was at work at the time of the crash, but Bud was sitting in a recliner watching television exactly where the vehicle hit the home.

Bud was able to walk out of the home following the crash and spoke with first responders at the scene. He decided to go to a local hospital to be examed out of precaution, according to his wife Linda.