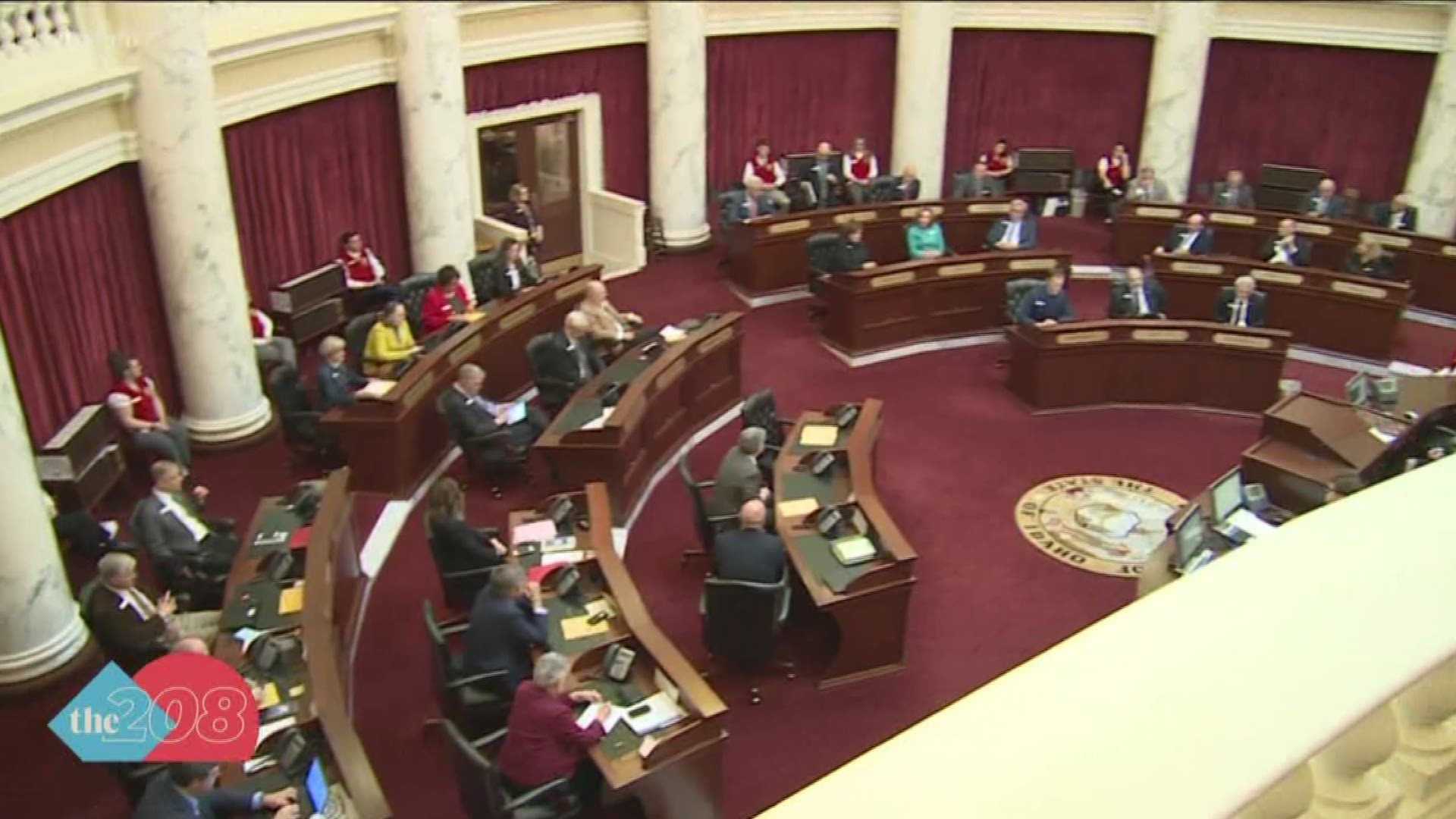 BOISE, Idaho — (Note: the video above is from a March 9 story laying out both sides of this controversial issue)

The Republican governor on Monday signed a bill that prohibits transgender people from changing the sex listed on their birth certificates, and another that bans transgender girls and women from competing in women’s sports.

The sports-related bill would require high school girls to prove their gender to participate in high school sports through a genital exam, DNA test, or testosterone levels test.

The Idaho attorney general's office said it could cost $1 million if the state had to defend the ban again and lost.

The ACLU of Idaho quickly condemned Little's decision to sign the bills, calling them 'discriminatory, unconstitutional, and deeply hurtful."

"Leaders from the business, faith, medical, education and athletics communities will not forget this decision or what it says about the governor's priorities during a global pandemic," The ACLU said in a statement. "The ACLU will see the governor in court. We encourage all Idahoans to email, call, and tweet Gov. Little to express outrage and disappointment at wasting precious taxpayer resources on blatantly anti-transgender bills at a time when we should be coming together for the health and wellbeing of our people."

Other groups, including the Idaho Joint Democratic Caucus and the Moving Toward Freedom coalition, also condemned the move.

"Idaho's Attorney General, legal advocacy groups, and numerous qualified lawyers have already made it clear that these unconstitutional pieces of legislation will end up in court and Idaho will lose," Rep. Lauren Necochea (D-Boise) said in a statement. "I am disgusted and disappointed that Governor Little has decided to waste valuable taxpayer money to fight court battles over issues that are not a priority to Idahoans. Our residents are losing their jobs, getting kicked out of their homes, and struggling to make ends meet. Instead of wasting state money to fight court battles that we have already lost in the past, we should be prioritizing taking care of our fellow Idahoans."

Meanwhile, the Family Policy Alliance of Idaho hailed the bills as groundbreaking, not only for Idaho, but for the nation as well.

“Today is an exciting day for our state. Governor Little has proven himself to be a friend to Idaho families,” Family Policy Alliance of Idaho spokesman Blaine Conzatti said in a statement.

“Idaho is the first state in the nation to enact this law protecting athletic opportunities for girls," Conzatti said. "The Fairness in Women’s Sports Act will keep the spirit of Title IX alive for generations of girls to come. We’ve answered the naysayers: it isn’t exclusionary to say that girls’ and women’s sports are for women, not for biological men. Our daughters are thanking legislators and the governor for saving girls’ sports!”

As for the birth certificate bill, Conzatti says the so-called "Vital Statistics Act" will ensure the medical accuracy of state records and vital statistics by preventing people from changing their sex designation on birth certificates.

“As a state vital record, birth certificates are supposed to reflect the facts as they existed at the time of birth," Conzatti said. "By ensuring that the “sex” marker on birth certificates accurately indicate biological sex, the State of Idaho makes sure law enforcement, our criminal justice system, and the public health infrastructure have the factual information they need to do their jobs well. It is indisputable that families are made safer by this law. Several national public interest law firms have vetted this legislation, and they have all come to the same conclusion: the Vital Statistics Act is constitutional and is defensible in court. We applaud legislators and the governor for this common-sense law.”

RELATED: Idaho governor's deadline to veto any bills is March 31

See all of our latest political coverage in our YouTube playlist: