Can Arkansans conceal carry while wearing a face mask?

Is there any risk of running afoul of the law by carrying a gun while wearing a face mask in Arkansas? 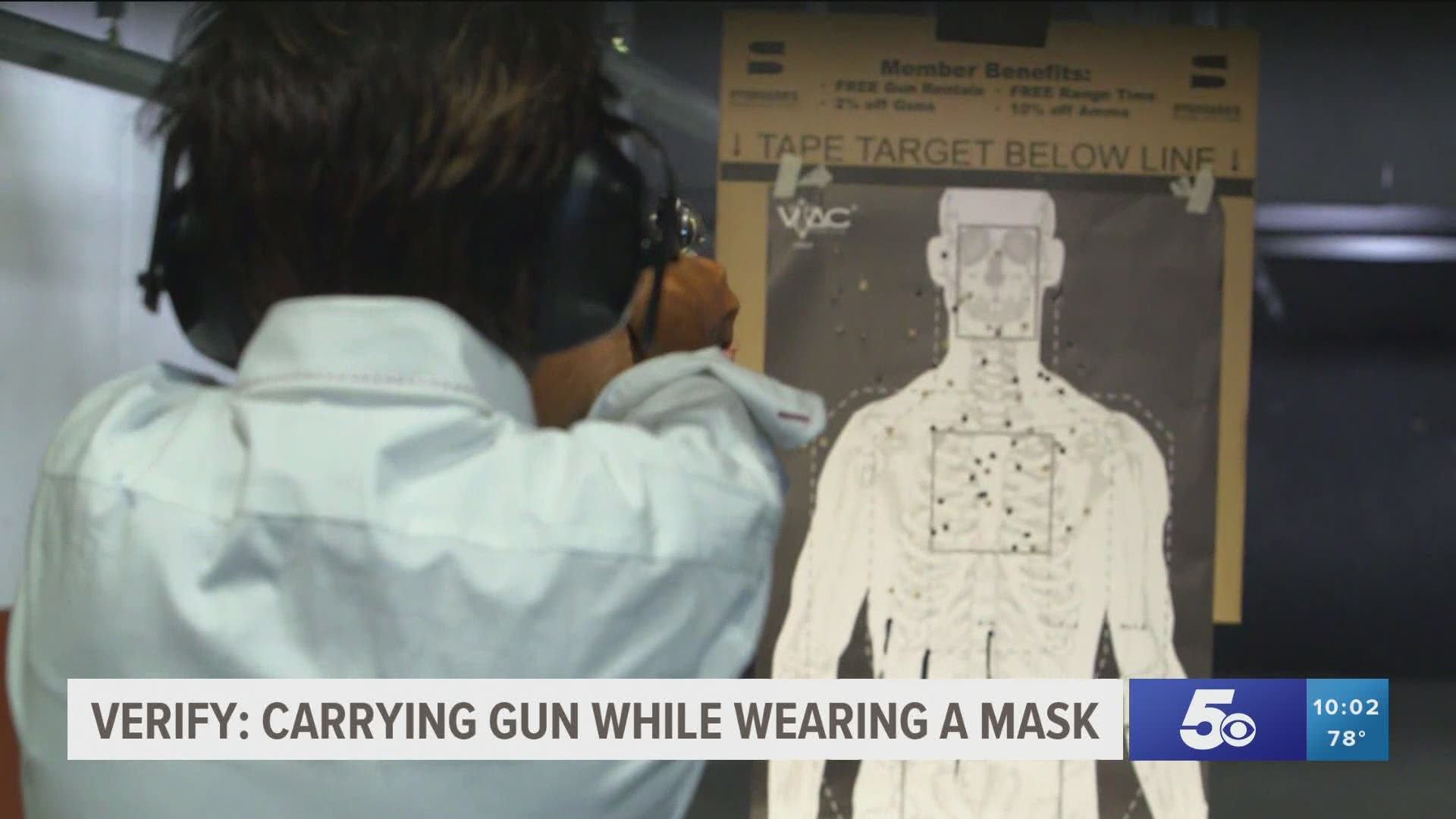 FAYETTEVILLE, Ark — It's a question that keeps coming up across the country: Can you carry your gun while wearing a mask?

“I’ve researched the law, I teach this class on a regular basis both the basic and the enhanced and there's no way in any of the statutes that I can find that there’s anything stating that you can’t carry conceal and wear a mask,” said Thomas Reed, conceal carry instructor for the State of Arkansas.

As more Arkansas cities adopt ordinances requiring people to wear face coverings in public spaces due to the COVID-19 pandemic, law enforcement officials and concealed carry instructors have been taking a look at the statutes to answer a specific question.

Is there any risk of running afoul of the law by carrying a gun while wearing a face mask in Arkansas?

According to Arkansas State Police, nowhere in Arkansas’ concealed carry law does it mention the use of face masks or coverings.

“There’s no statutes as far as restrictions as far as wearing a mask and carrying concealed,” Reed said.

Kevin Dugan, a Van Buren Police Officer and owner of Dugan's Tactical Solutions says this topic has sparked lots of questions over these last few days.

“I’ve probably in just the last week, I’ve had 100 different people contact me. I had at least 12 phone calls today alone,” Dugan said.

Reed says he believes any Arkansan with a concealed carry permit should have the right to choose if they want to wear a mask while carrying.

“I don’t think there’s any concern, I think the more concern is the spreading of the virus," Reed said. "I think most of the people who have concealed carry licenses are good, honest people and they are just trying to exercise their constitutional right to carry. I would much rather have someone carrying and wearing a mask and not spread the virus than I would not.”