Residents at The Links in Fort Smith are taking action to help prevent future theft. 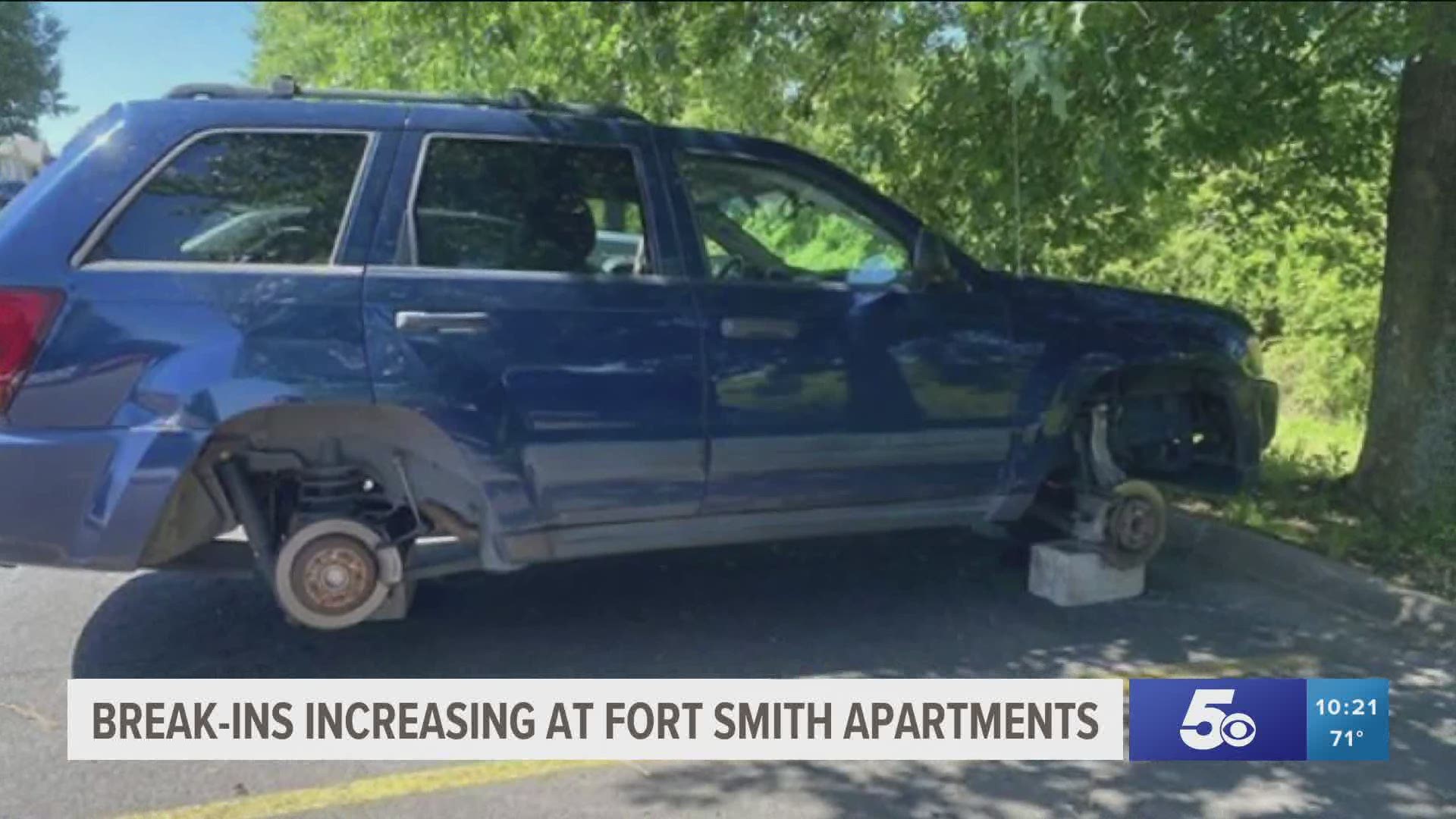 FORT SMITH, Ark. — One resident at The Links in Fort Smith took action after his car was broken into.

Chandler Frye and his fiancee walked out to the car around 8 a.m. and found the back window bashed in. Frye's fiancee's purse and wallet were stolen, along with his work keys.

"It upsets us a lot that somebody was touching out stuff, something that we work hard for," said Frye.

Frye later reached out to people on Facebook to report the problem with those living at the apartment complex. He was not alone. Others shared their stories about having a car part stolen.

"There have been tires and wheels that have been taken off a vehicle and they were just sitting on cinderblocks," said Frye.

A downstairs neighbor shared a Ring video with Frye from early morning on Sunday. Around 4:30 am, a man appears from around the bushes and begins walking towards the cars in the parking lot.

Frye recently installed a couple of cameras inside his apartment that face the row of cars under his building.

He contacted Fort Smith Police about the break-in. They said two other reports were filed this month, along with another two in April.

"There's a Fort Smith PD officer to state troopers and sheriffs I live in this and it hasn't really stopped them," said Frye.