Booneville, Lamar Face Off For 3A-1 Conference Title

Both Teams Enter With 8-0 Record 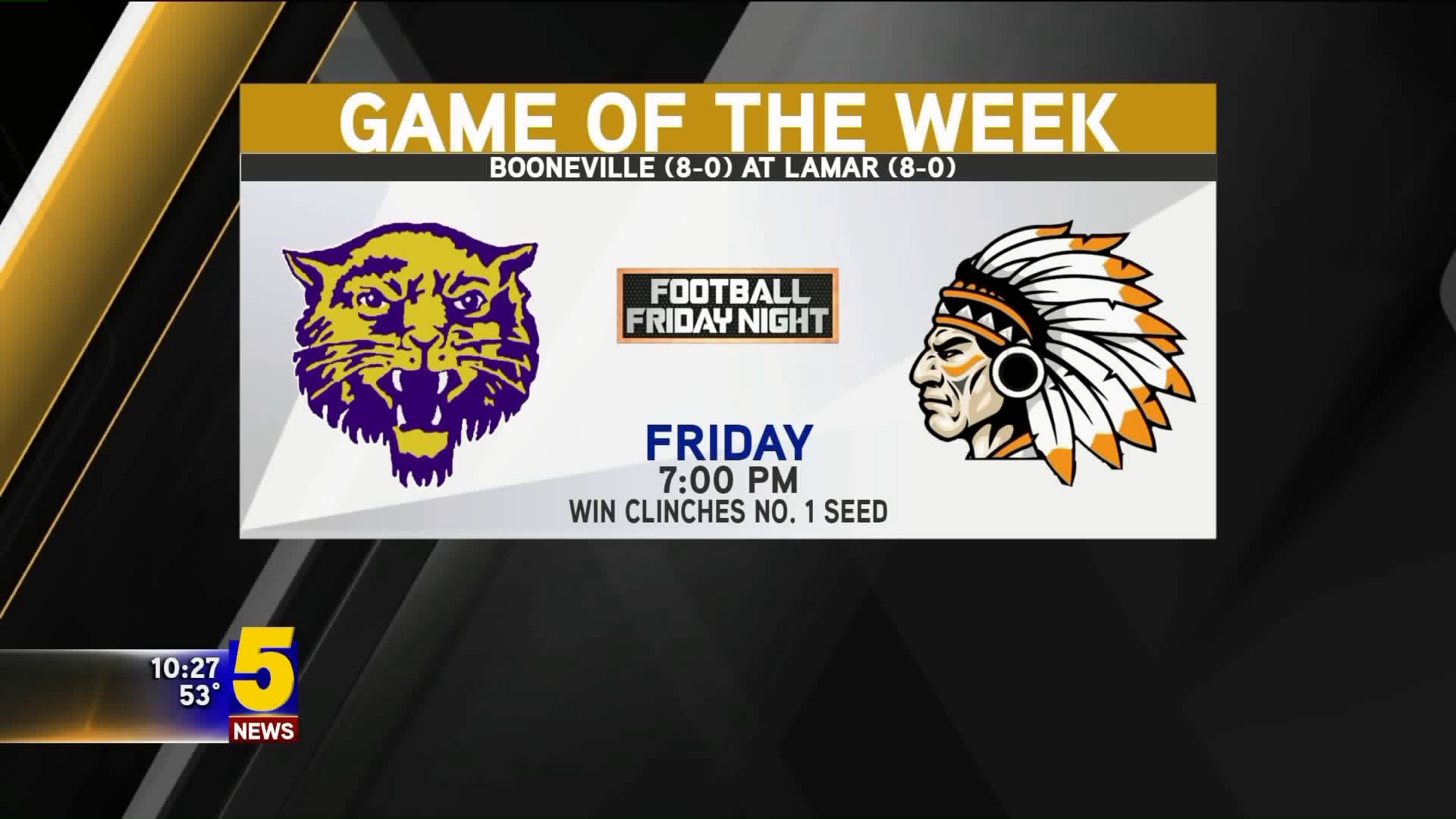 As some teams are looking to get their win record just high enough to squeeze into playoffs, two teams have their goals set a lot higher: an undefeated season.

A perfect record, a conference title, and a whole lot of pride are just some of the things on the line Friday night between Booneville and Lamar. As two of the eleven undefeated teams left in the state, these squads know it's going to take everything they have to come out with a win.

"I don't know if anyone can really contain them. They have talent at every single position with a really good line," explained Lamar head coach Josh Jones. "We really need to move the ball ourselves. A lot of teams try to do too much. They try to get out of themselves and then they make a lot of mistakes. We need to really make sure that we don't make those mistakes and give them easy ones."

"They're big up front on both sides of the ball. They're very aggressive defensively, offensively," Coach Hyatt added. "They run their offense well. It's rounded out. We gotta try to control the ball and the clock."

While they run similar offenses, Booneville comes with size and power while Lamar comes with speed and agility. It will take the Warriors playing physical up front in order to compete.

"You can't deny how they dominate basically everyone they've played this year," Coach Jones said. "It'll take a great effort on our part to play with them."

Meanwhile, the Bearcats are averaging 45 points a game. But this will be their toughest test yet.

"We're just going to have to play good sound defense. It's assignment football because they run the option at times," Coach Hyatt said. "The kids gotta be in the right place and do their job."

Kickoff is schedule for 7:00pm on Friday at Lamar High School.