Daniel Maggard went missing along the Elk River on Wednesday (July 8) and his body was recovered on Saturday (July 11). 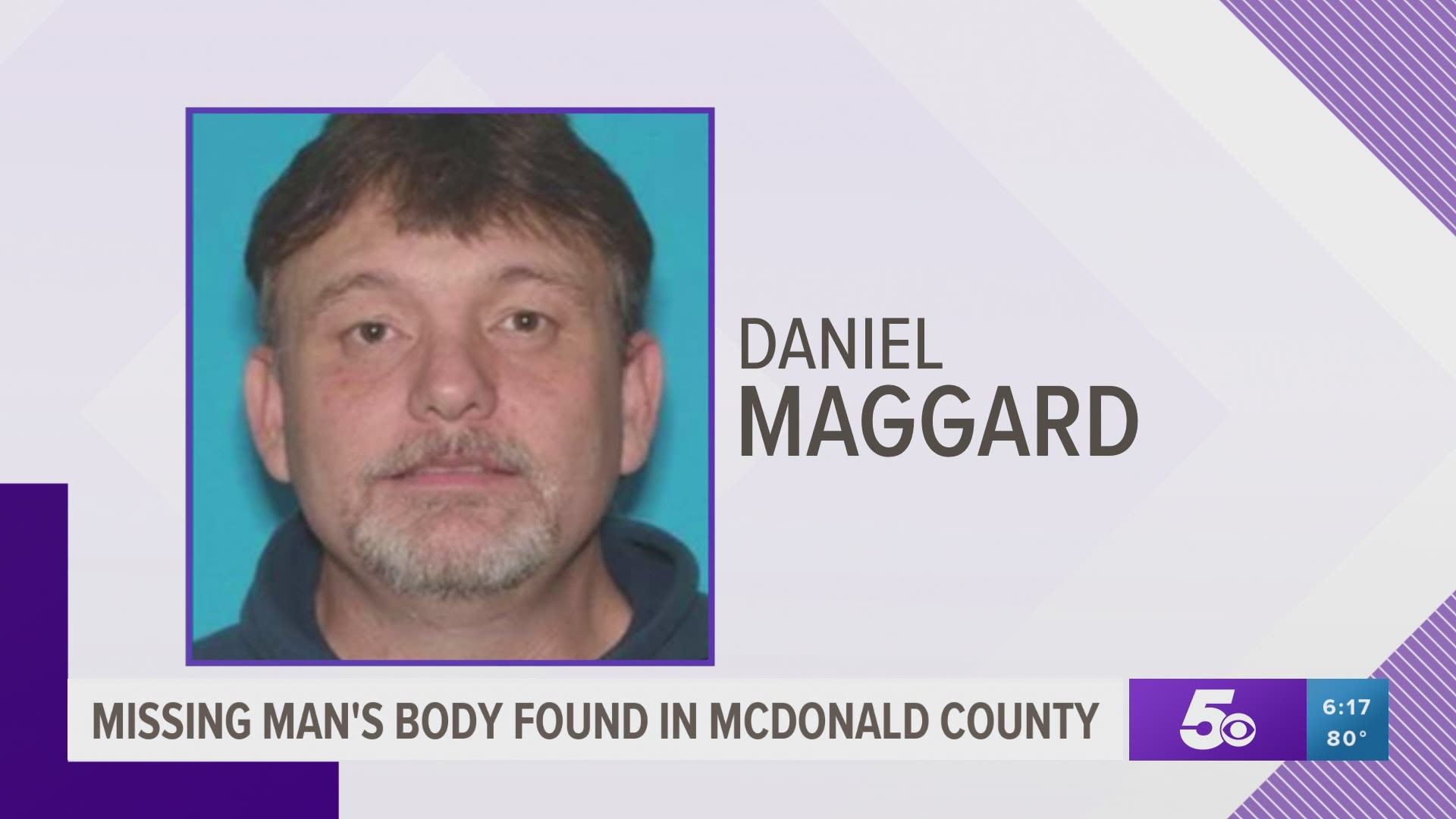 MCDONALD COUNTY, Mo. — The body of a man who went missing last week has been found in the Elk River.

According to the McDonald County Sheriff's Office, Daniel Maggard went missing along the Elk River on Wednesday (July 8). Deputies say he was floating with friends when he advised he was cold, left the group and told them he would get a ride back to his truck that was left at Elk River Float to the River Ranch where they were camping.

It was reported that he was last seen as he got out of the river around 7 p.m. near Two Song Campground on Highway 59.

Maggard's body was found on Saturday (July 11) in the Elk River about half a mile downstream from the last place he was seen walking, according to deputies.

An autopsy was performed and the cause of death has been contributed to drowning and a drowning report will be filed by the Missouri State Highway Patrol.