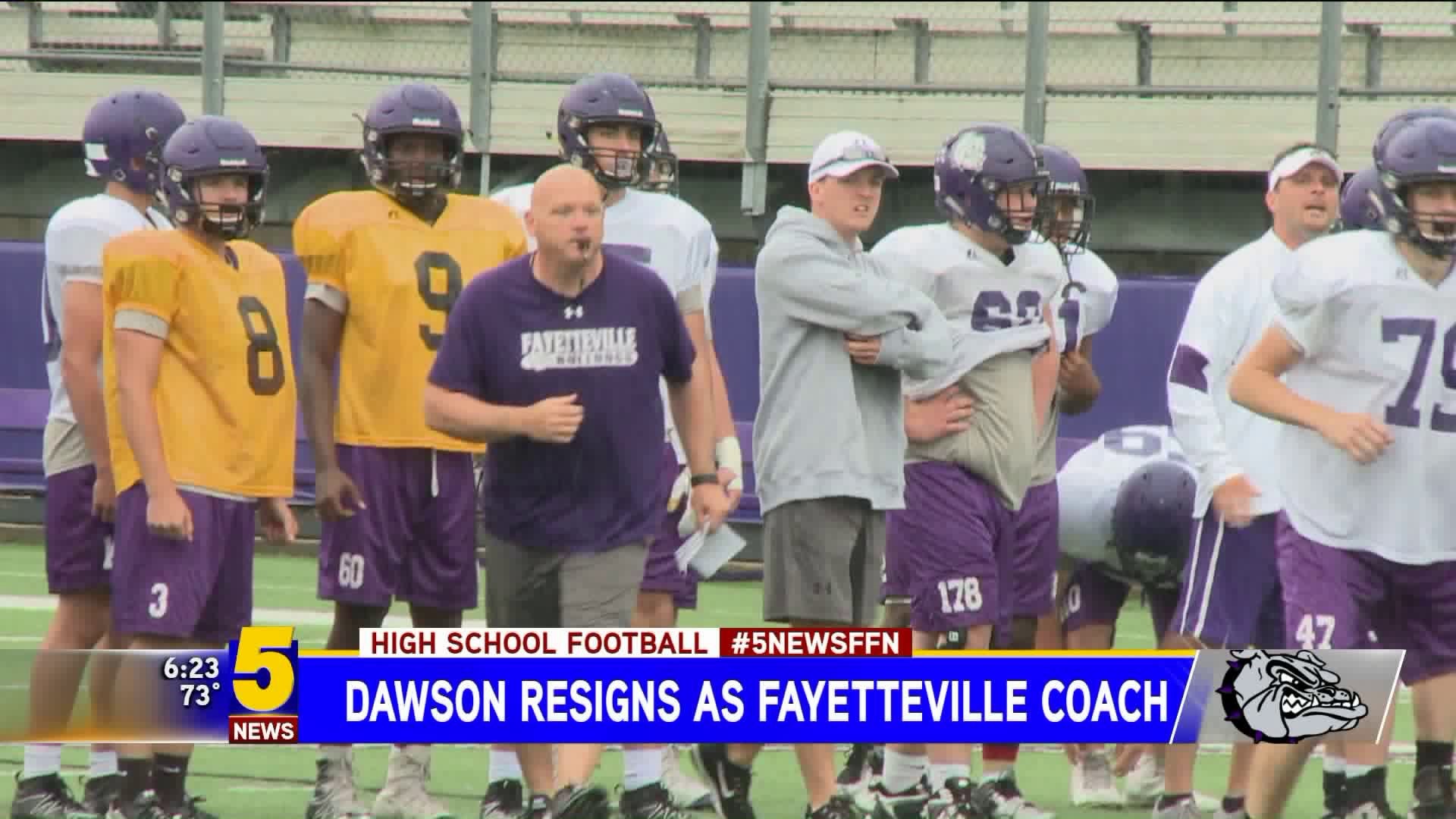 FAYETTEVILLE, Ark. (KFSM) - Two things have been certain for Fayetteville football in the past four seasons. Wins and coaching changes.

The Bulldogs are looking for a new coach once again as Billy Dawson has resigned to accept a position with a private business and is moving out of the coaching field. Dawson went 16-8 in his two seasons at Fayetteville and lost in the quarterfinals of the 7A playoffs in both years. He has a career record of 190-65, all in the state of Arkansas, along with four state championships.

“We are thankful to Coach Dawson for his leadership with the Bulldog football team and his commitment to his players and their families,” said Fayetteville Athletics director Steve Janski, “and we wish him well in his new endeavor.”

Prior to his hiring at Fayetteville, Dawson led Russellville to the school's first ever state championship. He also won three straight titles during his run at Nashville.

Fayetteville, once they hire a replacement for Dawson, will have had four coaches in five seasons. Bill Blankenship led the Bulldogs to a state championship and a 12-1 record in his only season at the school in 2016. He resigned just weeks later to take the head coaching position at Owasso, Okla.

Daryl Patton won a state championship for Fayetteville in 2015 but resigned in the offseason. Patton won 116 games and four state titles with the Bulldogs.