Voters to decide fate of Bethel Heights in special election

If approved by voters, Bethel Heights could soon be part of Springdale. 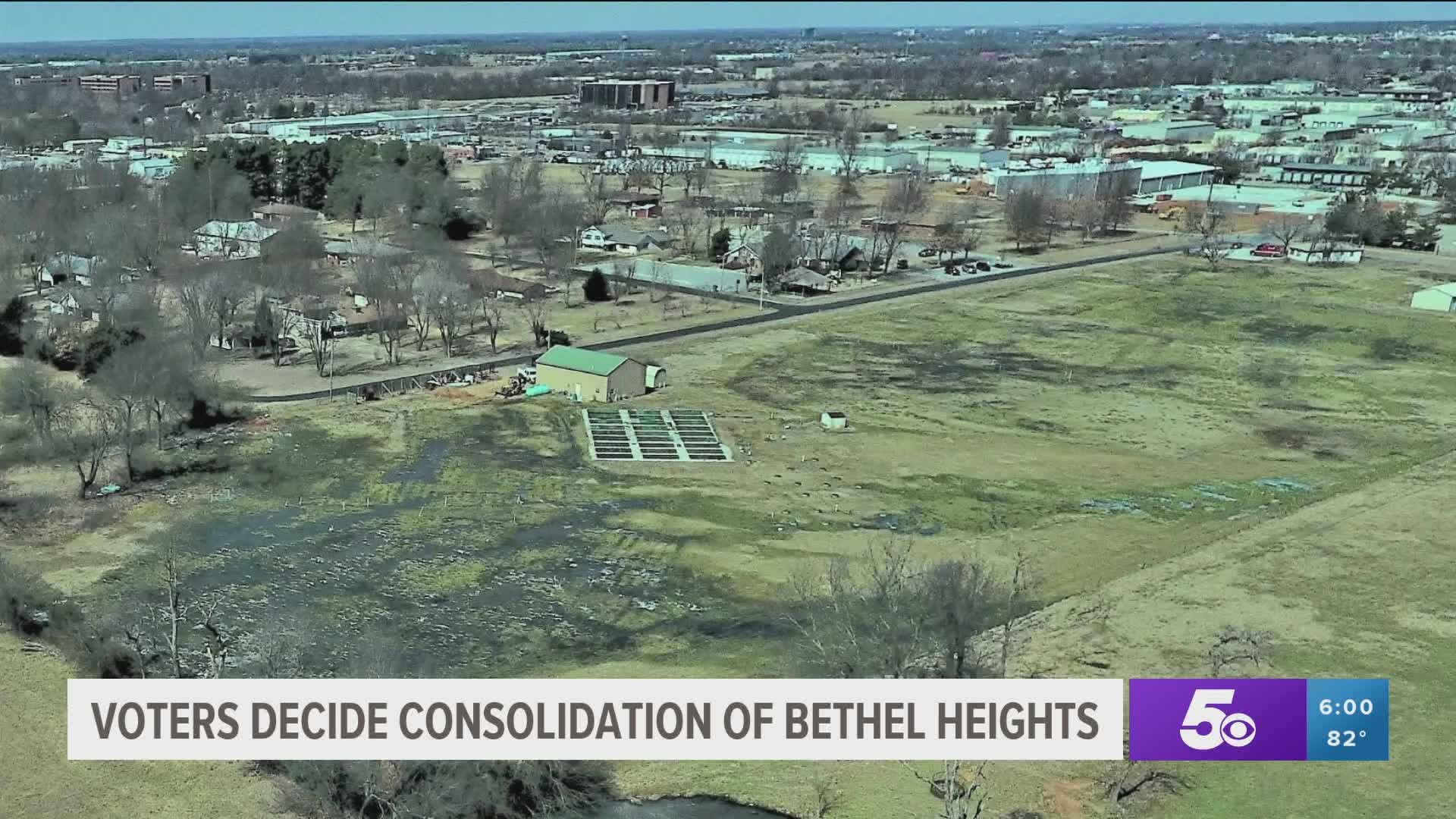 It all started over a sewer problem in Bethel Heights, which some residents hope will be fixed if annexed into a bigger city.

Several homeowners in Bethel Heights have been battling the city over its sewage management for years. The state got involved and issued fines, but it's still not fixed, and some say enough is enough. They want to be a part of Springdale.

"The city government here in Bethel Heights is the most immoral and unethical bunch of people that I've ever seen in my life," Bethel Heights resident Al Drinkwater said.

Some residents want a new local government because they are tired of the alleged mismanagement of the city's sewage system. They say from December of 2019 to May of this year; nearby fields have been covered with sewage.

In March of this year, the State of Arkansas sued Bethel Heights for not complying with the Arkansas Department of Environmental Quality permits.

Residents in favor of consolidation say sewage bills will increase if nothing changes.

Those residents opposed are saying they want to keep the small community feeling.

"It's only a population of a few thousand people in, so that's what I enjoy," Bethel Heights resident Karen Fitzgerald said.

For more information about early voting in Benton County, follow this link.