Two suspects in custody after barricading themselves inside Bentonville motel 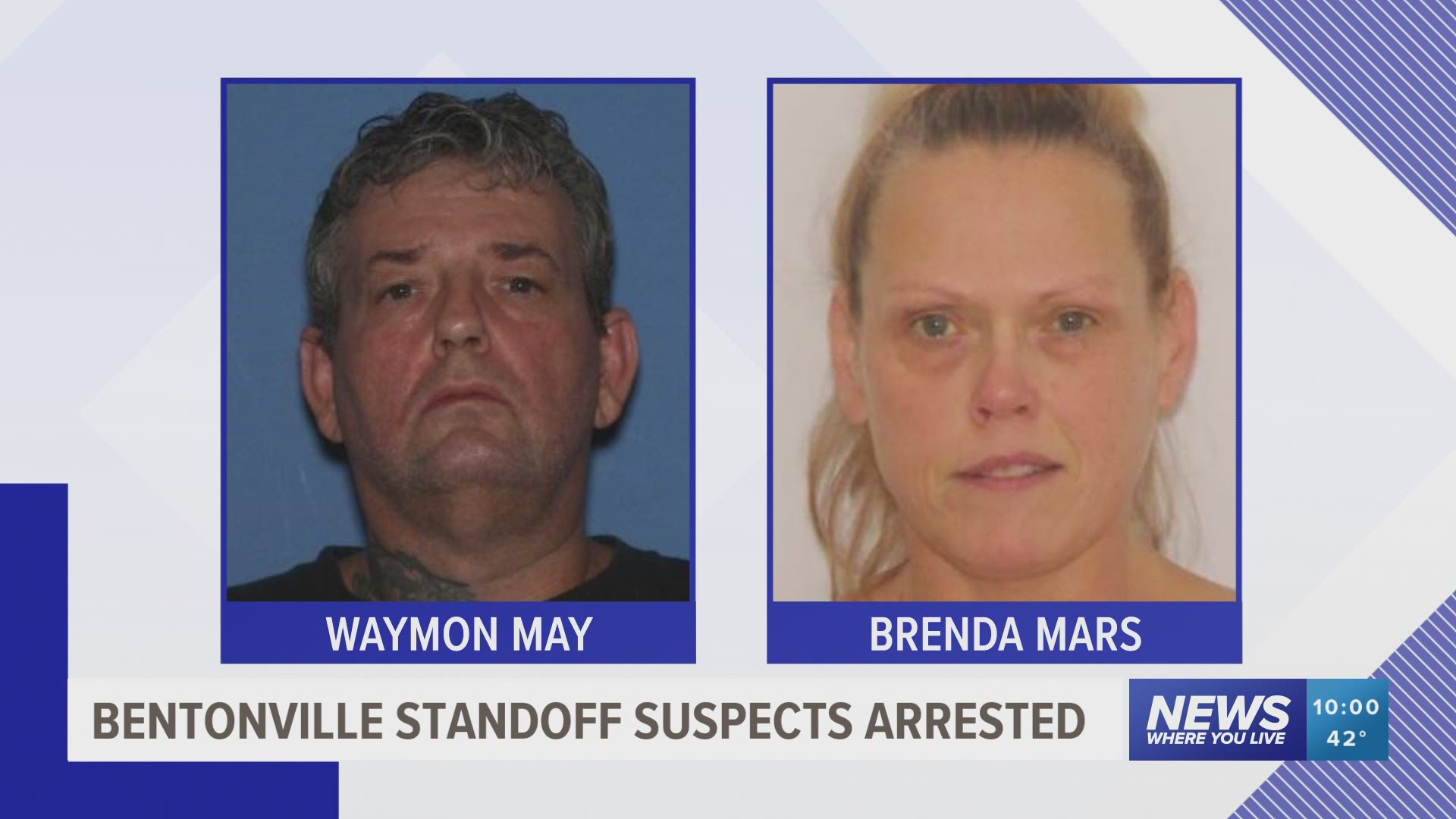 BENTONVILLE, Ark. — UPDATE: Two suspects are in custody at this time. They have been identified as Waymon May and Brenda Mars.

The Bentonville Police Department is currently at the scene of an active and ongoing Barricaded Person call at the Econo Lodge located at 3609 SE Walton Boulevard.

The incident began with an initial call for service to the Police Department just before 1 p.m. Tuesday (Nov. 17).

A representative with the motel reported that two guests had missed check out, had not paid for an additional night’s stay, were refusing to leave, and were causing a disturbance.

Upon further investigation, officers determined that the room was occupied by at least two persons, a male and a female.

It was determined that the male in the room may have other jurisdiction warrants for his arrest, including parole violations.

During the course of this event, the male has also made threats against officers and also may be in possession of a firearm.

Members of the Police Department’s Crisis Negotiation Team have established contact with the man and additional arrest warrants have been obtained by the Bentonville Police Department for offenses related to trespassing, firearms possession and terroristic threatening.

This situation is ongoing and efforts have been made to ensure the safety of other guests and those in the area while the incident is being resolved.

RELATED: Fayetteville man arrested after attempting to meet up with a 13-year-old girl