Police have identified the suspect who was killed as Brian Williams. 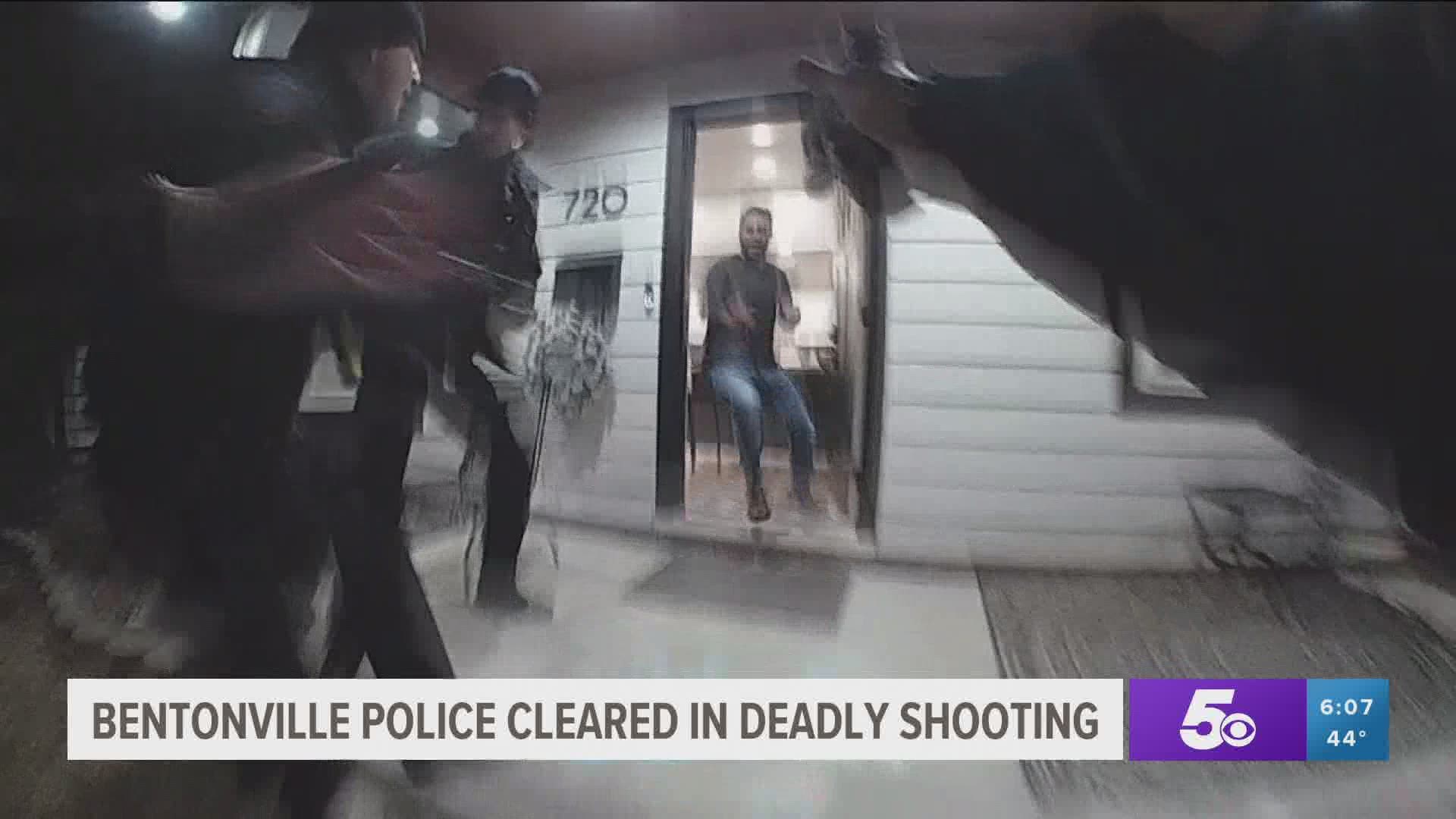 BENTONVILLE, Ark. — One man is dead after Bentonville officers shot him when he allegedly charged at them with a kitchen knife during a domestic disturbance.

Once officers arrived on the scene, it was determined that the disturbance involved a husband, wife, their two young children, and the husband's mother and father, according to a press release from the Bentonville Police Department.

Police say the husband, who has now been identified as 37-year-old Brian Williams, was determined to be the aggressor in the incident and had inflicted serious injuries to his father. Williams' father was treated on the scene by EMS and transported to NW Medical Center-Bentonville, where he was admitted for care.

It was then determined that the wife and children were in extreme and immediate danger of serious injury or death, according to the press release from Bentonville Police.

According to a report from Prosecuting Attorney Nate Smith, officers could see Williams hiding behind a kitchen island and tried to get him out of the home without using force for about 12 minutes, but he would not respond to their requests.

In his report, Smith said based on Williams' previous attack on his parents and that he had access to nearby knives, the officers had the right to make entry into the home so he could not further physically harm his family or himself.

Williams' mother can be heard on the body camera footage giving officers the code to enter the front door, and allegedly urged them to hurry. According to the report, officers used the code to enter, but there was a couch blocking the door, leaving the officers on the porch.

Furniture had been used to barricade doors at the home, but due to exigent circumstances, officers could open the front door and see inside the house, Bentonville Police say.

The report states that the footage shows Williams charging outside with a kitchen knife in his hand. Although the officers retreated, Williams was still close enough to present a clear and present danger of deadly physical force to the officers.

Officers can be heard telling him to drop the knife before opening fire. The report states that he was shot about 10 times.

Officers immediately rendered aid to the man until EMS returned. He was transported to NW Medical Center-Bentonville and was later pronounced dead.

Arkansas State Police are now leading an investigation into the shooting.

Police body camera footage from the shooting has been released.

The identities of the Bentonville officers involved in the shooting are Sgt. Brent Farrer, Officer Kyle Putnam and Officer Tyler Sharp. All three officers have been placed on paid administrative leave since the event occurred and will remain on leave until the conclusion of the Arkansas State Police investigation. The officers were not injured in the incident.

Smith says although ASP is still waiting for the toxicology report, the body camera footage itself justifies the officer's shooting.

The report notes that Williams' wife was clear that her husband was a good man and that his mental state and behavior on the night of the shooting was both out of character and unprecedented.