A dog was attacked in his own fenced in yard after the dogs next door got through the fence. 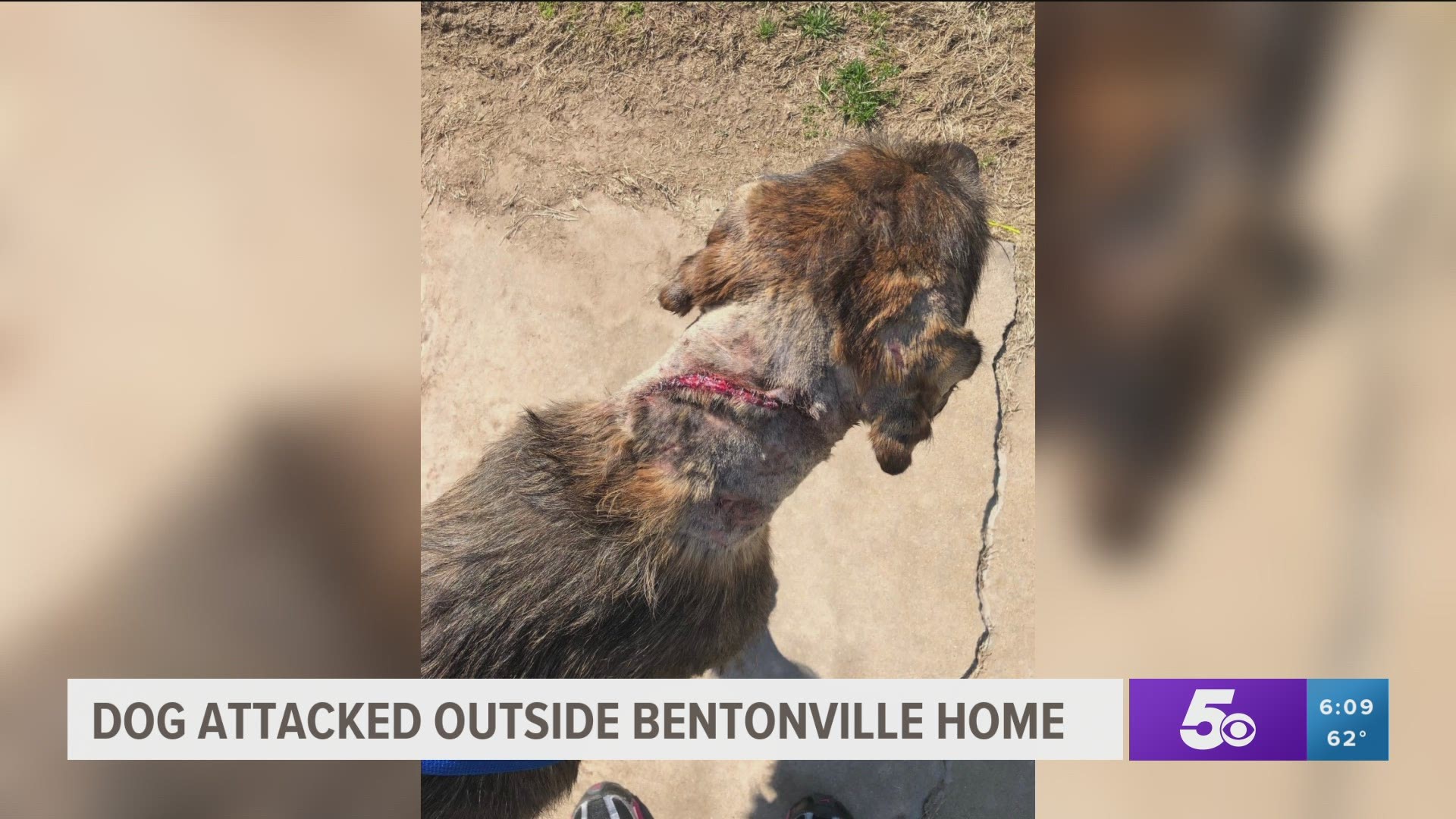 BENTONVILLE, Ark. — A Bentonville family’s dog is recovering after an attack on their own property led to the dog getting dozens of staples in his neck.

This all happened right in their fenced-in backyard where the dog should’ve been safe.

“We should not be afraid of our own backyard,” said the dog's owner Kimberly Darner.

Darner says she let her two dogs outside in their fenced-in backyard Friday (March 6) afternoon and moments later her dog Camo was attacked. She says she ran outside screaming for them to stop, but the dogs started coming after her.

She says her neighbor’s dogs were able to get in her backyard because they have chewed through the board of the fence.

Animal control and Bentonville police did issue the owner’s a citation for their dogs being at large.

“In this case, you have a situation where a dog has left its own property and attacked another dog, regardless of whether it’s another dog or a human is irrelevant because that is considered at large because it’s left that property. We just know it’s left that enclosure, that house, or fence and now it’s putting another person at risk,” Sgt. Gene Page said.

Darner says it’s terrifying that this can happen in her backyard and she won’t let her kids go back there anymore.

“The amount of terror I had seeing what went on, a child, they have no defense, they can’t fight back the way my dog and I did. It would be a tragic event if a child was ever to go near those dogs,” Darner said.

Darner says the vet told her that her dog Camo will make a full recovery and they will go back to the vet this Friday to hopefully get some of the staples removed.

The dog owners were also issued a citation for owning more dogs then they are allowed to. In the city of Bentonville, each household can only have four cats or dogs, and all dogs over the age of four months must be registered with the city.