3-year-old toddler dies in a hot car in Booneville, another child in critical condition

A 3-year-old is dead, and her 15-month-old sister is in critical condition after being found inside a hot car in Booneville Monday. 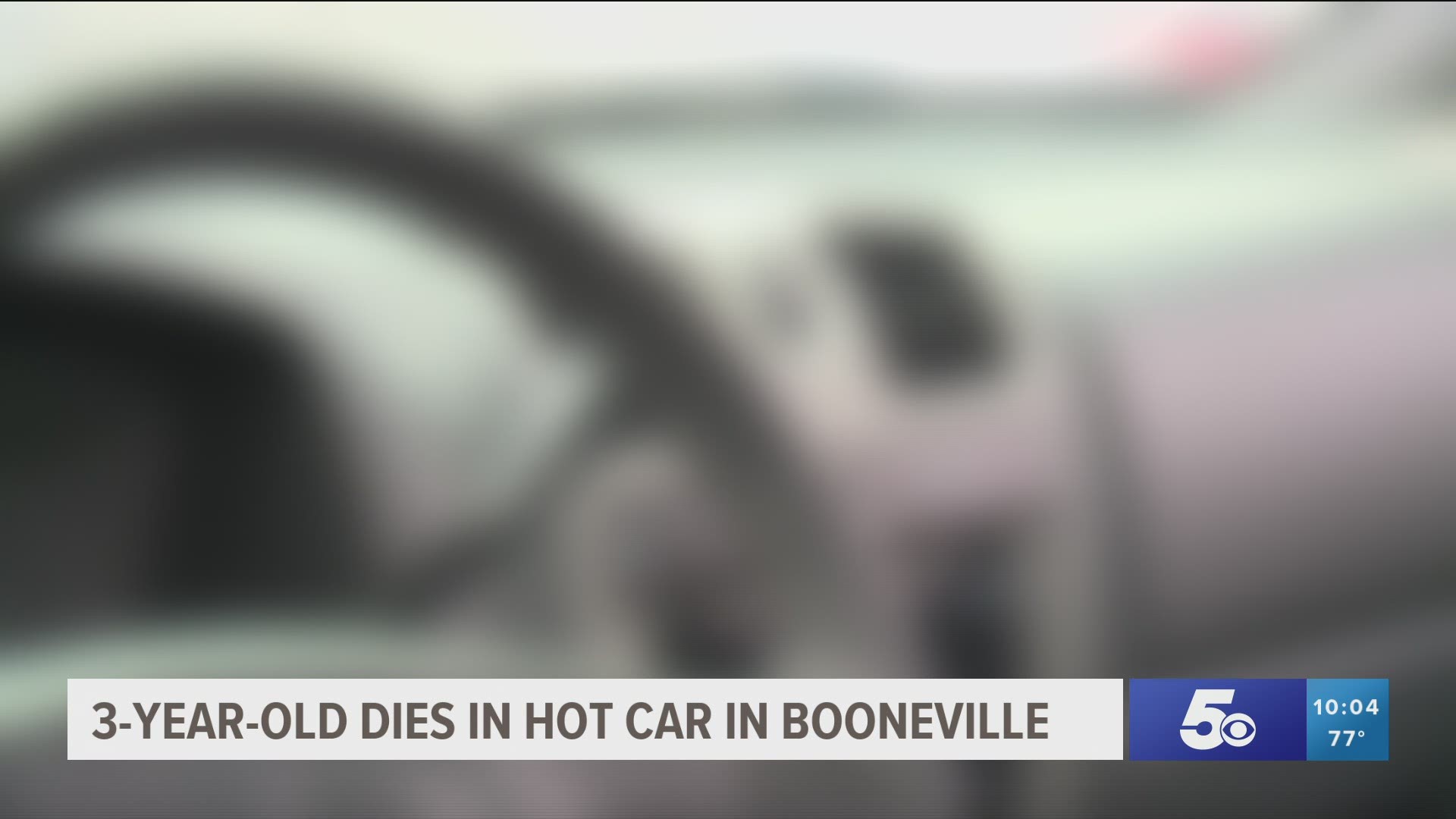 BOONEVILLE, Ark. — Arkansas State Police are investigating the death of a three-year-old girl and an injury to her 15-month-old sister found in a hot car parked outside their mother's home in Booneville.

“I was sitting out of my porch around 11 o’clock and my neighbor Kaylee, the mom has came outside and looked concerned and worried and she came up to and asked if I had seen her kids," said neighbor Matthew Wood.

Kaylee Petchenik, 21, of Booneville contacted local police around 2 p.m. Monday (July 20) stating that when she awoke from a nap, her children were missing.

"The mother works night shifts. She was asleep, she had laid down for a nap. She said she had locked her doors and when she woke up the door was open and the kids were gone," Wood said.

Wood and a Booneville officer who responded to the home found the children, both unconscious, lying in the back of the mother's car on the floorboard.

“I was standing next to him when we looked down and saw them in the car, but I kind of froze up at the sight," Wood said. "I’m not going to lie. He opened the door, screamed for EMS and grabbed both of them and rushed them to the hospital.”

3-year-old Layken Petchenik was later pronounced dead at a Booneville hospital. Her body has been transported to the Arkansas State Crime Lab for an autopsy.

15-month-old Olivia Petchenik remains hospitalized in Little Rock. She is in stable, but critical condition, according to Arkansas State Police.

“Knowing that little girl only got 3 years of life and the only thing I can do now is that the youngest one makes it out fine," Wood said.

Special Agents of the Arkansas State Police Criminal Investigation Division are leading an investigation into the child's death and will submit a case file to the Logan County prosecuting attorney for consideration.

It was 94 degrees in that area during yesterday's search.

Editor's Note: The original copy of this article stated that the kids were left in the car. This has not been confirmed by Arkansas State Police and the story has since been modified.

Arkansas State Police
CHILDREN FOUND IN CAR, ONE DEAD, ANOTHER ALIVE BUT CRITICAL; INVESTI... GATION UNDERWAY The Arkansas State Police is investigating the death of a three-year-old girl and injury to her 15 month old sister. Both are the apparent victims of heat while they were inside a car parked outside their mother's home in Booneville yesterday.