Two bodies were found inside the home the day of the fire, one with what is believed to be a self-inflicted gunshot wound to the head. 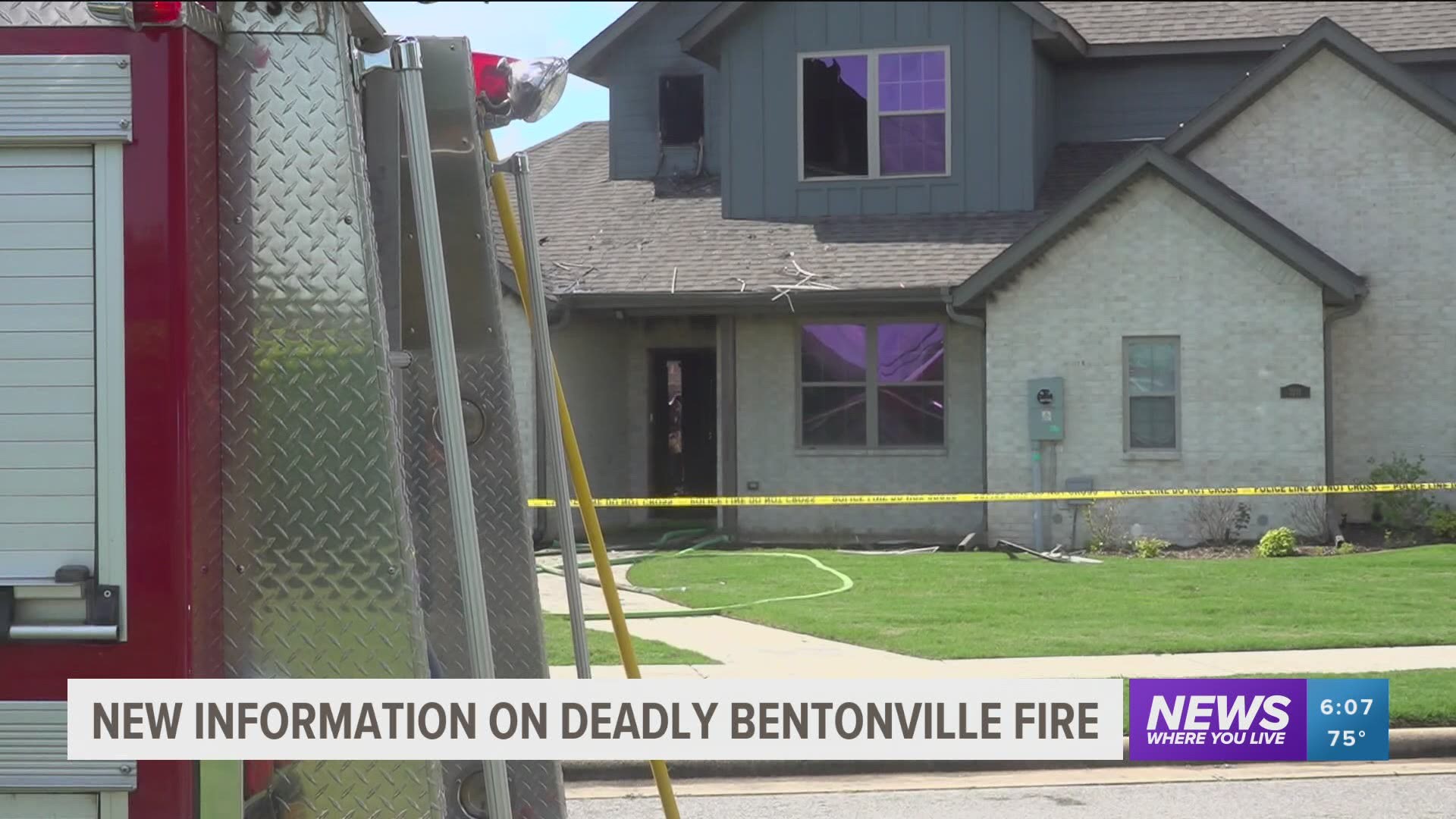 BENTONVILLE, Ark. — The Bentonville Police Department provided an update to the investigation of a suspicious house fire on SW Riverstone Avenue last week.

According to a press memo, police obtained a search warrant for the home on the day of the fire.

While searching the property, a male was found with an apparent self-inflicted gunshot wound to the head in a parked car in the garage. The man's identity has not been released.

Police also discovered an individual that was severely burnt. Investigators are working to confirm their identity.

Both bodies have been sent to the Arkansas State Crime Lab for further examination.

Bentonville Police say based on their initial indicators, the fire appeared to have been set deliberately.

The incident is still under investigation.

Stick with 5NEWS for the latest news, weather and sports where you live.