Bentonville and Har-Ber Kick Off Conference Play With A Bang 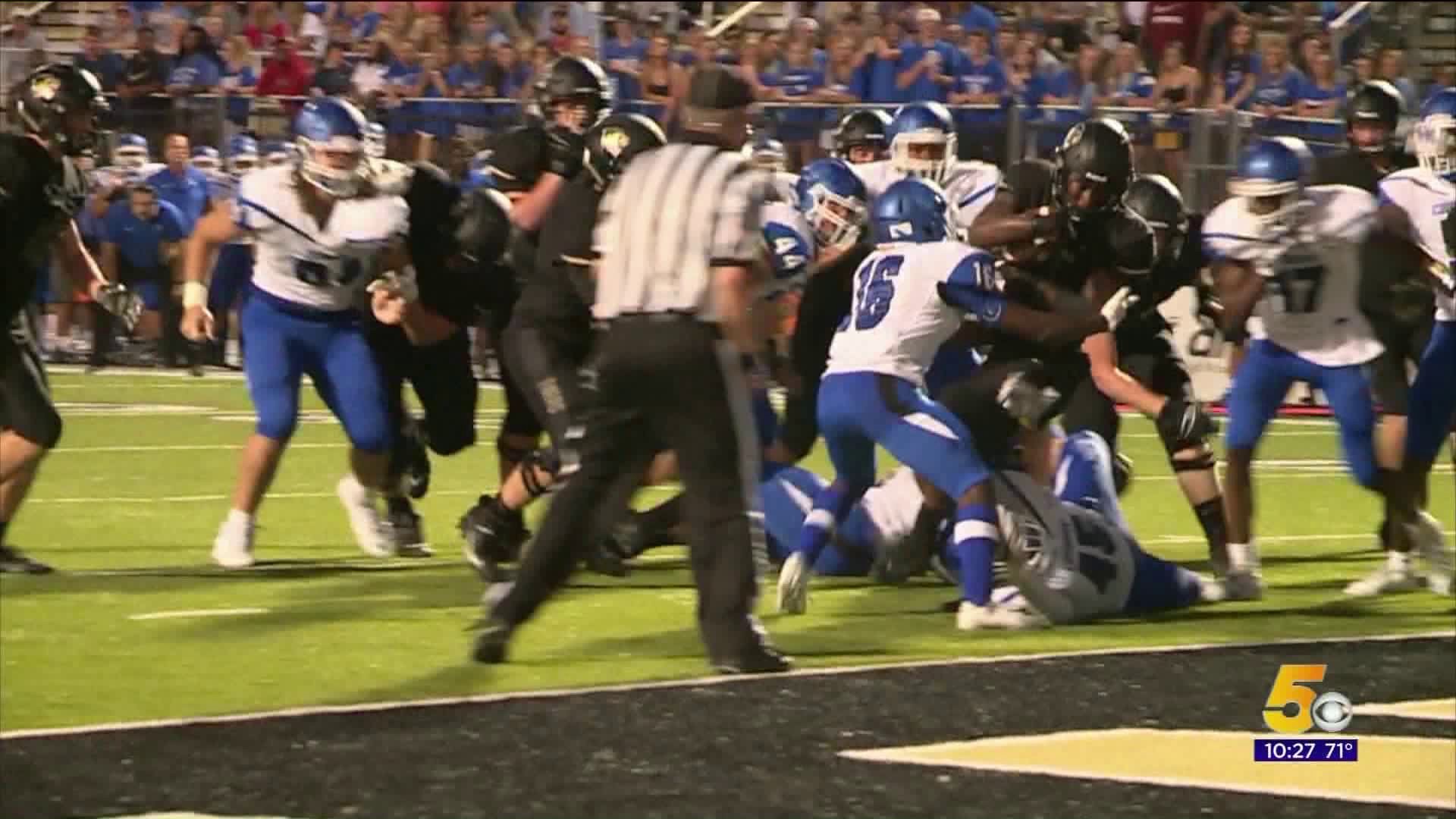 SPRINGDALE (KFSM) - "This is the fun part of the year."

It’s conference play time, and you should take Jody Grant's word for it.  The 7A-West gets going with Bentonville and Har-Ber.

"Love it that way, I want to be challenged and tested right off the get go," says Grant.

"It’s a huge test," agrees Chris Wood, his Har-Ber counterpart. "We’ve gone through our non conference, gotten better every week, but it just changes, the magnitude of the game, the intensity."

Har-Ber gave up 84 points to Pulaski Academy, only to rebound with consecutive shutouts and enter conference play on a high note.

"We’re hot and that's what we need," says senior Hunter Wood. "two shutouts really gets us going, especially after that PA game, the defense stepped up."

"On defense we feel unstoppable, those two shutouts felt great."

Wood is happy with his teams progress, but knows that Friday is a different kind of test.

"If you hang your hat on your past two shutouts and you go into Bentonville week, you’re in trouble."

"The non-conference is a tuneup for what we’re trying to do, and they understand that, so they’re just excited about playing 7A-West football."

There’s a reason this is the Football Friday Night game of the week.

"They’re Bentonville, that’s kind of the cream of the crop of the 7A West," says Coach Wood.

It all goes down Friday at Wildcat Stadium.