A video posted to Twitter shows Karren throwing his cane to the ground as he confronts former Arkansas Speaker of the House Davy Carter. 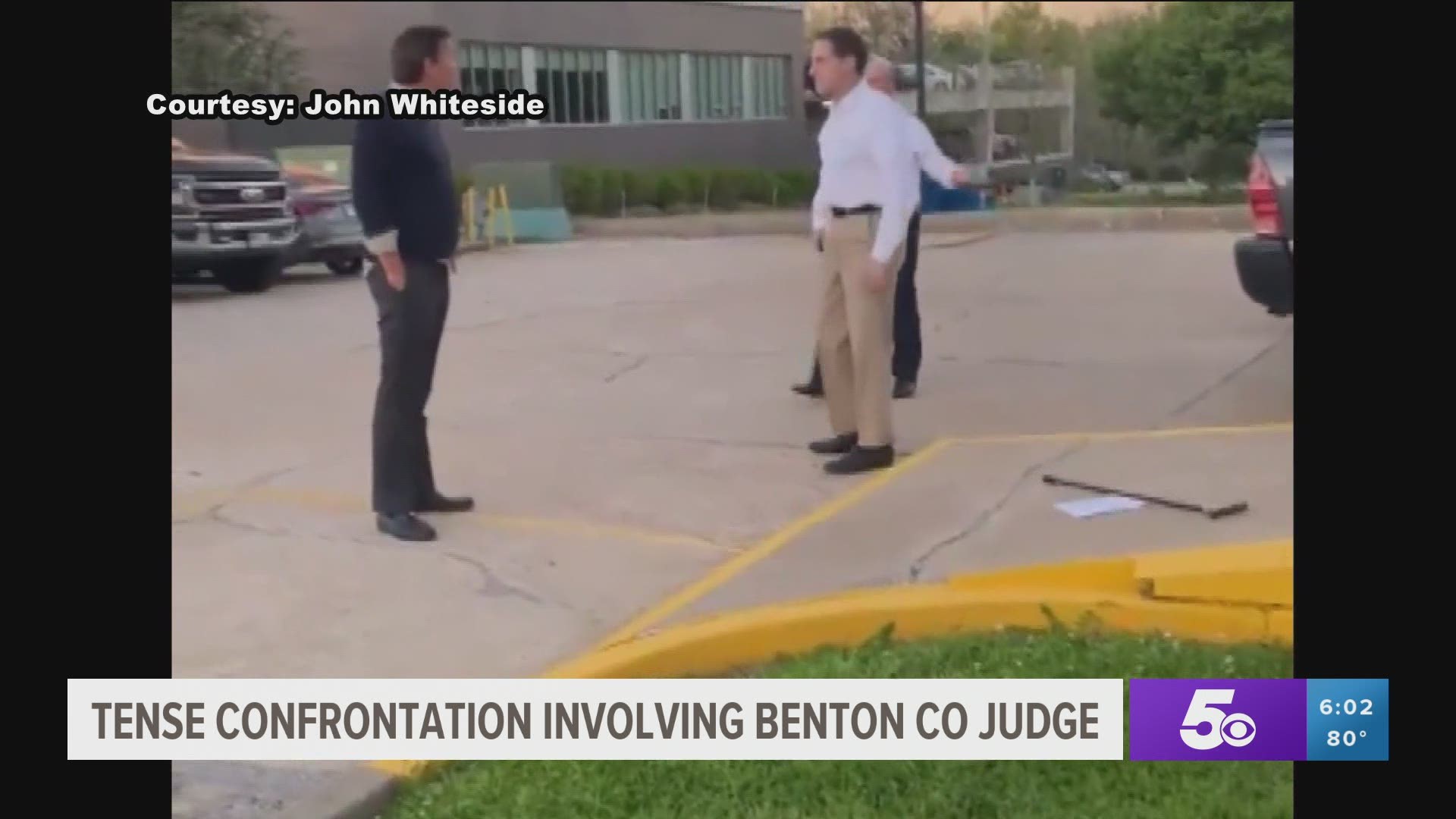 BENTONVILLE, Ark. — An investigation has been opened against Benton County Circuit Judge Brad Karren following a confrontation with a former lawmaker over a parking spot.

A video posted to Twitter shows Karren throwing his cane to the ground as he confronts former Arkansas Speaker of the House Davy Carter.

Carter said it all started over his son parking in a government-owned parking lot next to the 21c in Bentonville at around 7:00 p.m. Saturday. Carter claims in a tweet that his son parked in the lot outside of the restricted hours of 8:00 a.m. to 5:00 p.m.

While returning to their vehicles from dinner, Carter says Karren berated his family members over his son's truck being parked in his space.

"My son and wife repeatedly apologized to him and my son unsuccessfully tried to explain to him that he thought, per the signs, that after 5:00 pm anyone could park there. They were both met with rabid fury and anger," Carter said.

Carter confronted Karren about his actions towards his family, and a bystander caught the end of their altercation. The video has since been removed from Twitter.

Carter claims Karren had a gun strapped to his hip during the entire incident.

On Monday, the Arkansas Judicial Discipline and Disability Commission said it was aware of the video involving Karren and that an investigation was being opened into the incident.

“There are certain cases where we do intervene, and our panel would determine where the activity or the actions by a judge violates the code of judicial conduct,” Judicial Discipline and Disability Commission Executive Director David Sachar said.

We asked if Judge Karren had been investigated before. He said he could not comment on previous cases.

Karren was elected as Benton County circuit judge in 2012.

5NEWS has reached out to Kerren about the story, but he has not replied yet. Carter declined to give any further comments.

Please check back for updates to this story.

RELATED: The Supply Side: Walmart’s expanded in-home delivery is timely