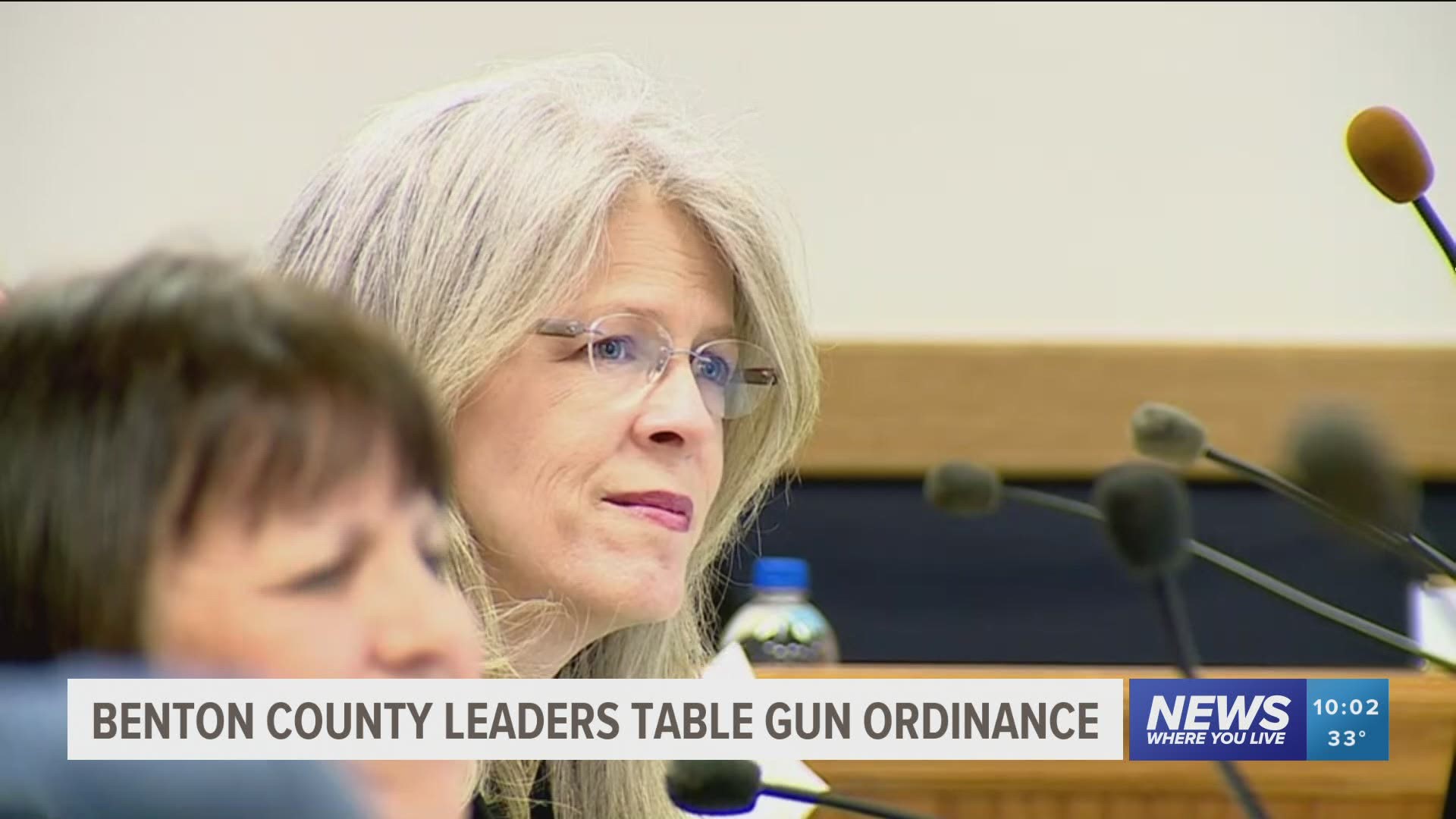 The room was filled to capacity with people who support and people who are against the ordinance taking place in Benton County.

Leaders decided to table the decision for now.

Some say it's not the Quorum Court's responsibility to pass such an ordinance while others believe that their rights are being imposed upon and change is needed.

The proposed ordinance, if approved, would provide protection of certain "unalienable" rights, otherwise known as the Bill of Rights, to Benton County residents.

“Quorum courts job is really important to us. They fix our roads, they arrange for ambulances, they are trying got to get us a courthouse, they do bridges but not this. This is way beyond their job description,” said meeting attendee Sheila Gallagher.

The Benton County Libertarian Party wrote the proposal with the goal to get county officials to promise they won't enforce any acts that would limit gun ownership or enact red flag laws.

It's influenced by similar ordinances going up across the country and in other parts of our area.

“We worked with our lawyers to see if we could come up with something here. We have had a president who has said to take the guns now and worry about due process later. We’ve had a governor who’s said he’s open to red flag laws,” said Michael Kalagias with the Benton County Libertarian Party.

Earlier this month, the sheriff of LeFlore County declared it a Second Amendment Sanctuary.

In January, the Scott County Quorum Court passed a Bill of Rights Sanctuary.

Gallagher says even though she doesn't agree with the ordinance, she's glad it was brought up and discussed.

Click here to view the full proposal that will be addressed at the meeting.