The bear has been spotted on Prairie Street in Fayetteville. Police are getting there now to rescue it. 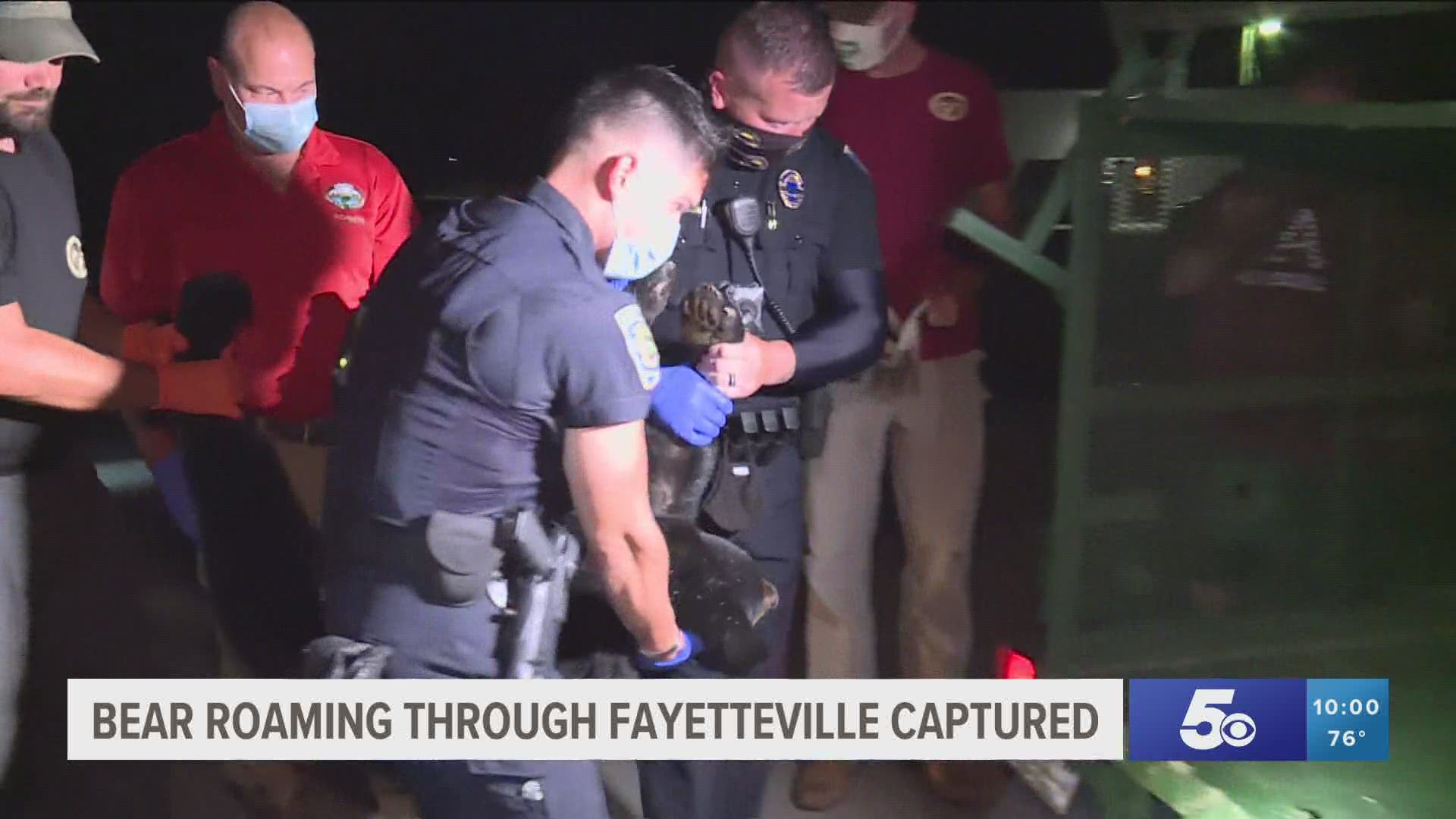 FAYETTEVILLE, Ark. — UPDATE: The bear has been spotted in a tree on Prairie Street in Fayetteville. Police and animal services have now safely rescued the bear and will release it where it is safe.

A bear was spotted roaming around Fayetteville on Wednesday (July 22).

The first sighting was in a neighborhood beside MLK Blvd. near 4th St., and was later seen near the Fayetteville Public Library.

The University of Arkansas Police Department posted to Facebook that the bear had been spotted on campus. 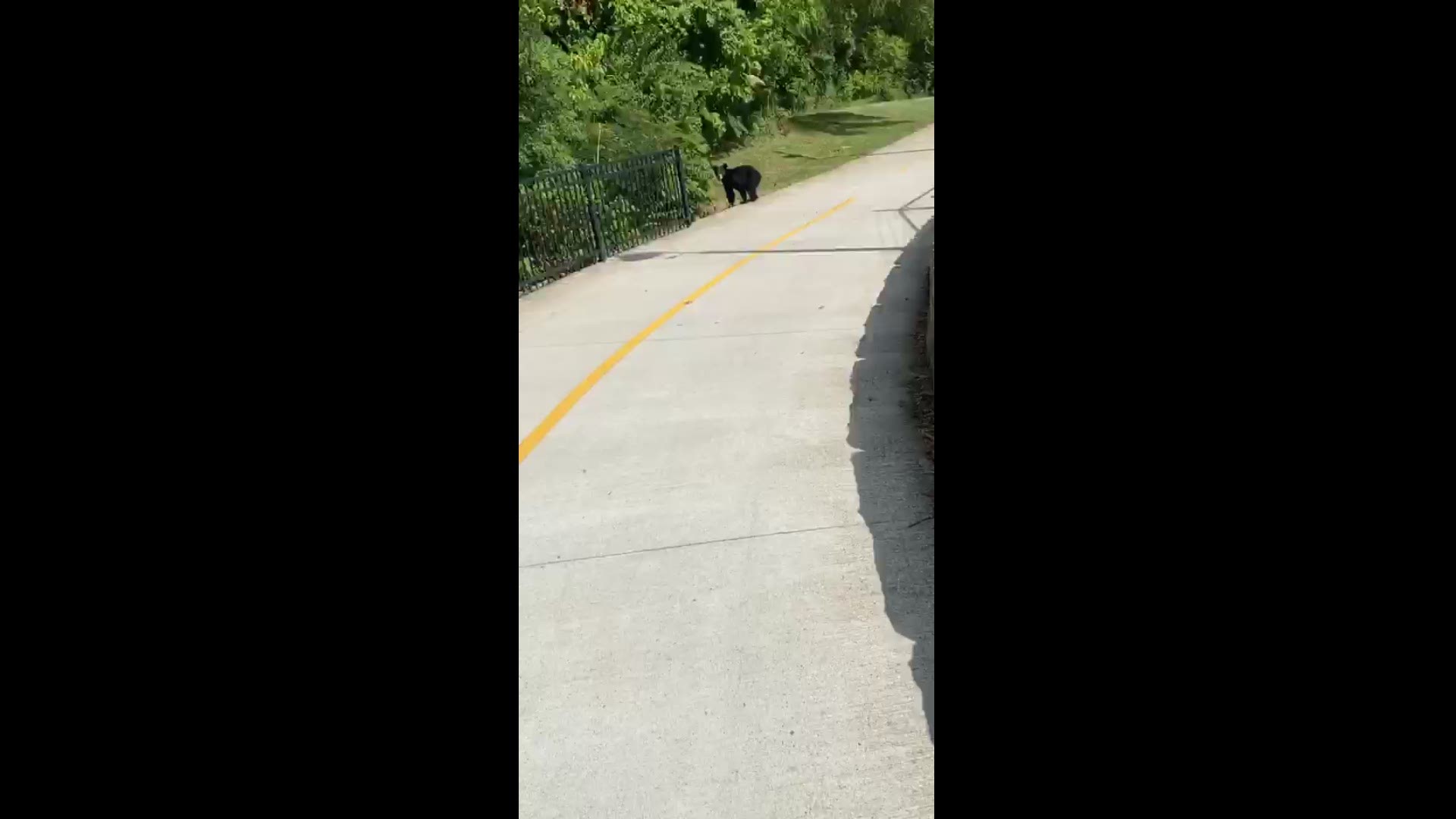 At this time, authorities are still searching for the bear in Fayetteville.

RELATED: Alma Police treed an 'on the run' bear in populated subdivision backyard

Two more bears were spotted in Farmington and Ozark on Tuesday. Both were captured and released back into the woods.