Arkansas Voter's Guide: Why poll workers are needed more than ever during the COVID-19 pandemic

5NEWS spoke with local election officials to see how many workers are needed to keep polling locations open during the pandemic. 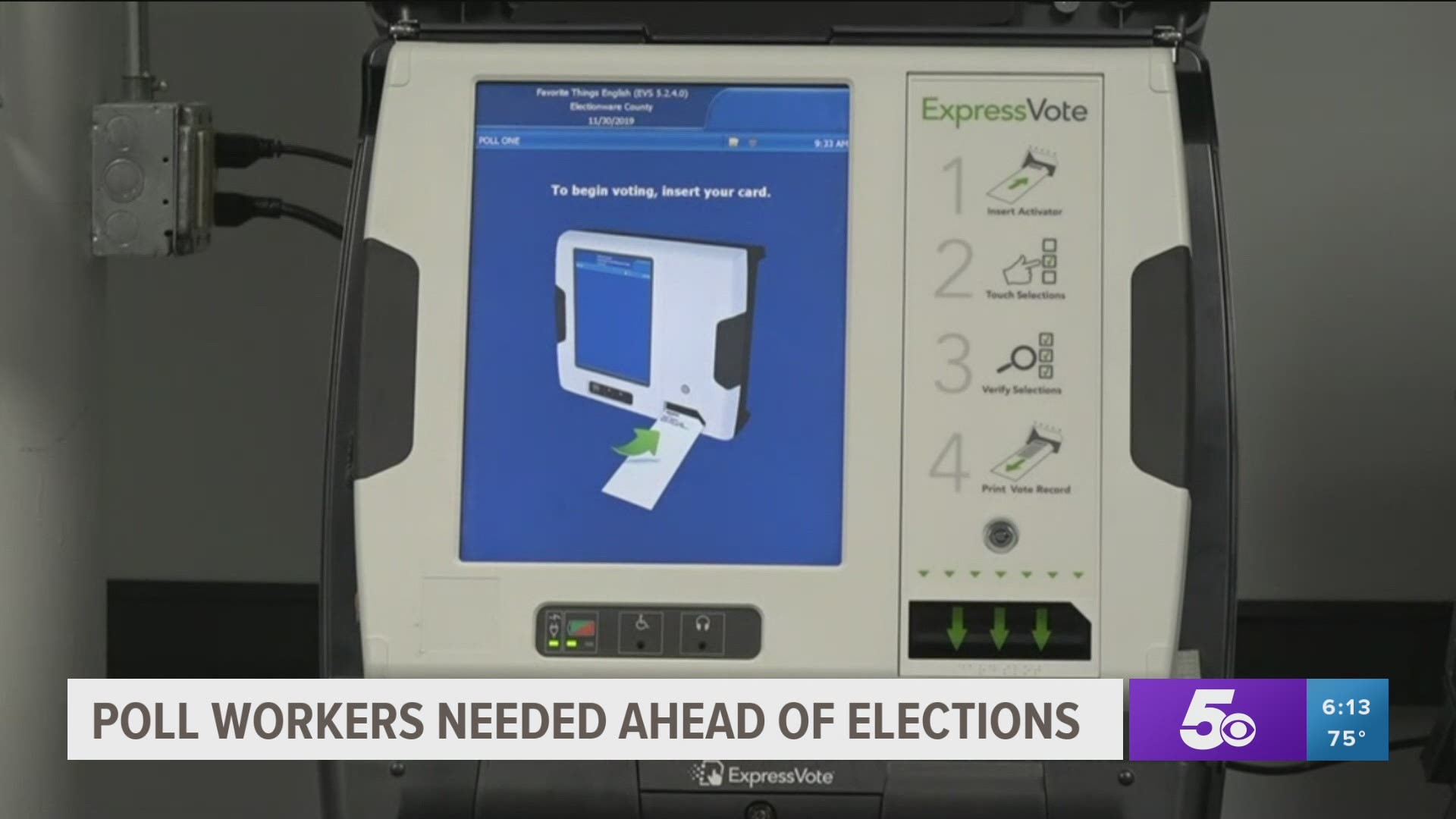 ARKANSAS, USA — With the general election right around the corner, poll workers are needed more than ever, especially during the coronavirus (COVID-19) pandemic.

5NEWS spoke with local election officials to see how many workers are needed to keep polling locations open.

Dennison says if they can't fill the spots, they'll have to close down several of their 36 polling locations.

"We would love to keep all of our polling locations open so that social distancing is possible, and you don't have as many people crowded in one space," Dennison said. "And if we don't have the poll workers, the commission would be forced to close polling sites. So, it's very important that we have people step up and willing to help out during this time."

In Washington County, election officials are receiving applications daily for poll workers, but the problem they are currently facing is having time to train the new employees.

Jennifer Price, the Washington County Election executive director, told 5NEWS the reasoning behind being down so many poll workers is a mixture of issues. The first being, they always lose poll workers between elections. Age is a significant factor, as well. Price says the average age of poll workers is around 70-75. The COVID-19 pandemic has caused them to be down more than ever before.

Both election commissioners want voters to know safety is a top priority at polling sites. Polling locations will offer a stylus pen to use while voting. Plexiglass will be installed throughout polling sites, and everything will be sanitized constantly throughout the day.

"We want voters to feel safe coming to the polls, and we do believe that it's actually safe to vote in person during the early vote or on Election Day," Price said. "So, lots of the things we're doing include socially distancing, making sure the voters are waiting in line, that they're appropriately distanced from one another, the voting equipment will be 6 ft apart from each other."

Poll workers and voters are encouraged to wear face masks, but they are not mandatory.

RELATED: Arkansas Voter's Guide: What to know before heading to the polls