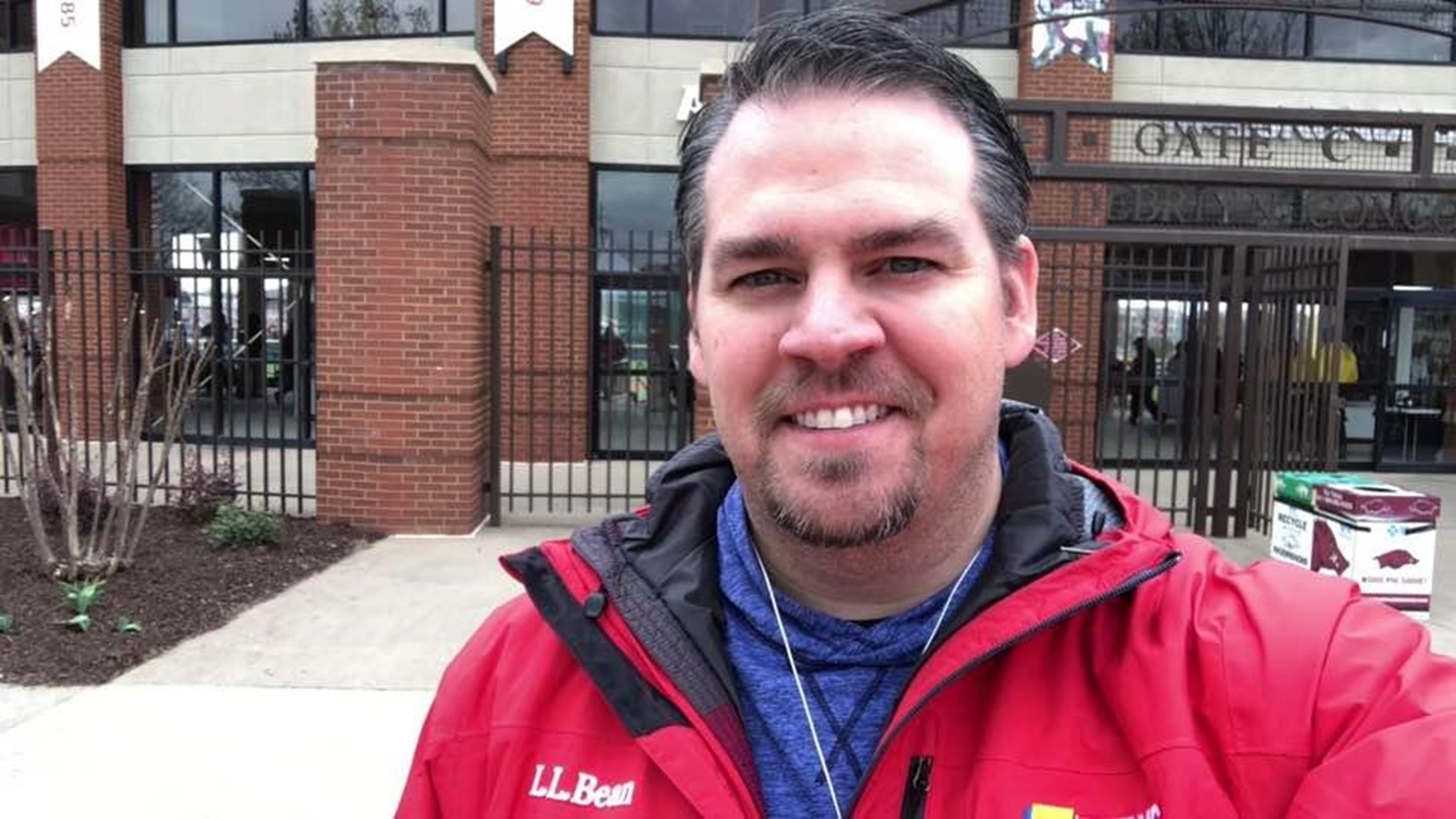 FAYETTEVILLE (KFSM)--Thursday's 3-2 loss to South Carolina left a little to be desired for Arkansas. The first game of Saturday's doubleheader provided the perfect antidote.

Kacey Murphy (Rogers Heritage) nearly threw a perfect game, going six innings and striking out six to lead the No. 3 Diamond Hogs (26-10, 9-5) to a 2-0 win over the Gamecocks. The first base runner Murphy allowed was on a leadoff single in the 7th inning. Both games Saturday's doubleheader are seven innings long.

Sophomore Matt Cronin came in for the final three outs, striking out one for his eighth save of the season.

Carson Shaddy provided the offense with a second inning solo home run. The Razorbacks mustered just three other hits all afternoon, before Shaddy scored his second run on a 6th inning wild pitch.

Isaiah Campbell takes the mound for Arkansas in game two of the doubleheader this afternoon at Baum Stadium.